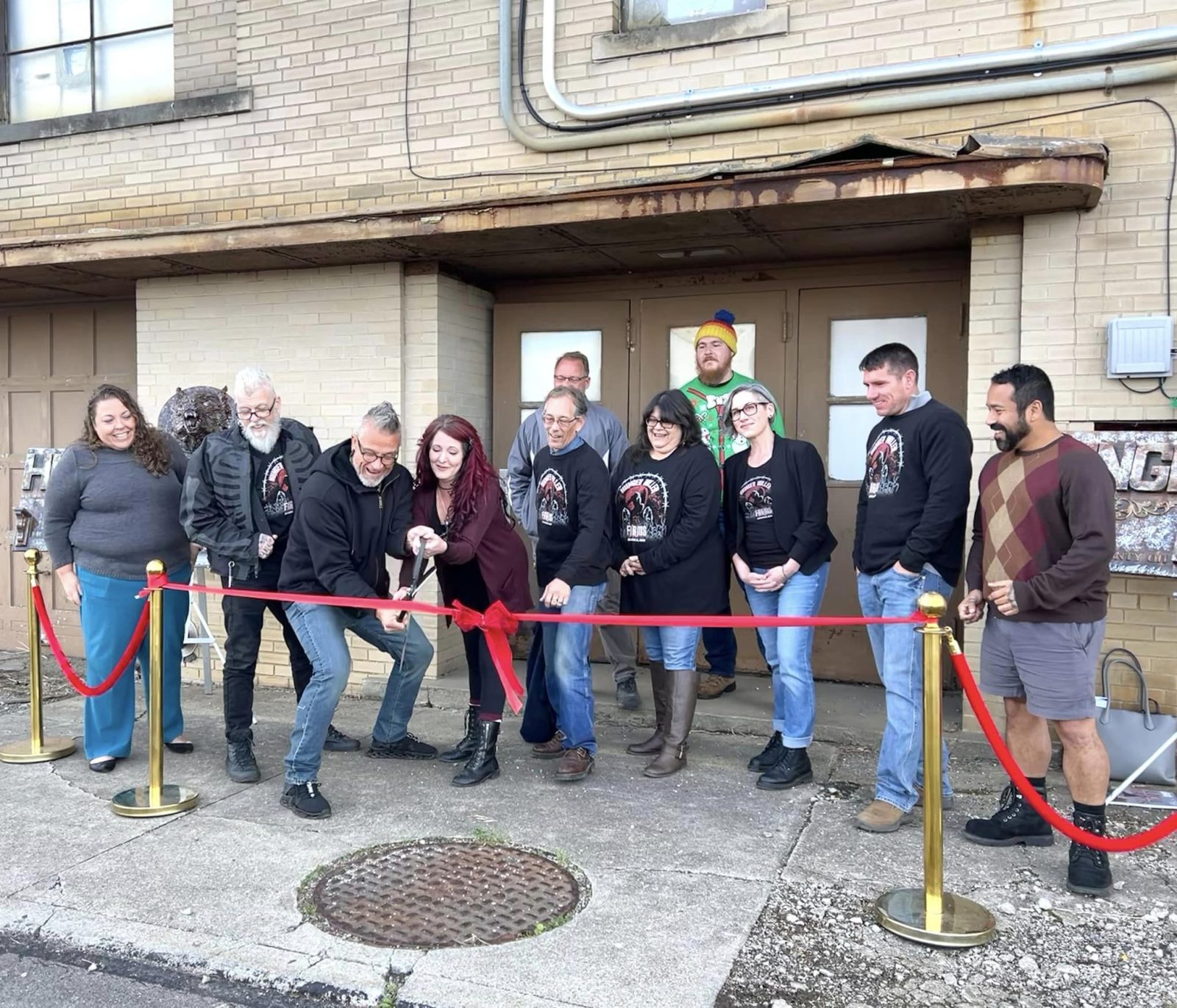 Currently pitching a monster-themed TV show  to major networks, Reed is also a semi-finalist among thousands in the national Face of Horror competition, you’d think Todd Reed didn’t have much time to spare.

But you’d be wrong.

Yesterday, Reed and partners Todd and Michelle Kinsler held a ribbon-cutting for his newest (and largest) current project: Hunger Holler Farms. Located within the massive former Westinghouse factory in Mansfield, he plans to create “Ohio’s only Theatrically interactive, horror themed, simulated experience,” in addition to the state’s first special effects trade school, plus a large-scale fabrication shop within the massive space.

Don’t Call it a Haunted House

While Hunger Holler won’t open until 2023, Reed has dedicated 60,000 square feet of the enormous former factory to what he believes will be a one-of-a-kind horror experience for the Halloween season.

Situated over four floors , Reed will put his special effects training to work to create an enormous, and immersive, haunted attraction.

“Don’t expect actors in makeup; this is the real deal,” he said with a laugh. “We want the experience to be as long as a movie. We want people to get their money’s worth.”

The interactive experience–which will allow visitors to crawl through tunnels and sidestep terrifying creatures–will be story-based, “like a video game,” according to Reed, “with a monster at the end of each floor.”

While the Halloween attraction will be Hunger Holler’s flagship experience, Reed said the massive new space will be open all year, offering a holiday light stroll, an indoor Easter egg hunts and more.

An enormous haunted experience is far from the Columbus artist’s only plan for Westinghouse, however. He also hopes to create the state’s first-ever special effects trade school, where students can learn the finer points of large-scale motion picture effects.

Reed believes the school–which will also focus on video editing and sound design–will help put Ohio on the map of Hollywood filmmakers.

He noted his experience as an instructor at Columbus College of Art & Design will help him lead more students through the special effects trade.

The final function of Reed’s space in Westinghouse will serve as a large-scale fabrication shop. Alongside his wife Tonya Reed and Todd and Michelle Kinsler of Sinister Signs, Reed runs Steampowered SFX Productions in Columbus. He plans to relocate the business to Mansfield, and embrace all of the extra space that comes with it.

“We work with Six Flags locations across the country, and we’ve been getting requests to make pieces that are bigger and bigger,” Reed said. “Where we are now, we haven’t been able to fabricate the size of stuff we want, but we’ll have more than enough room in Westinghouse.”

Reed is also currently a semi-finalist, and the only Ohio representative, in the Face of Horror competition. You can vote for Reed to advance to the finals here.

The contest, which which fields submissions from thousands across the country, will award the winner with $13,000, a walk-on role in an independent film and a chance to go head to head with horror icon Kane Hodder in a photoshoot for the magazine “Rue Morgue.”