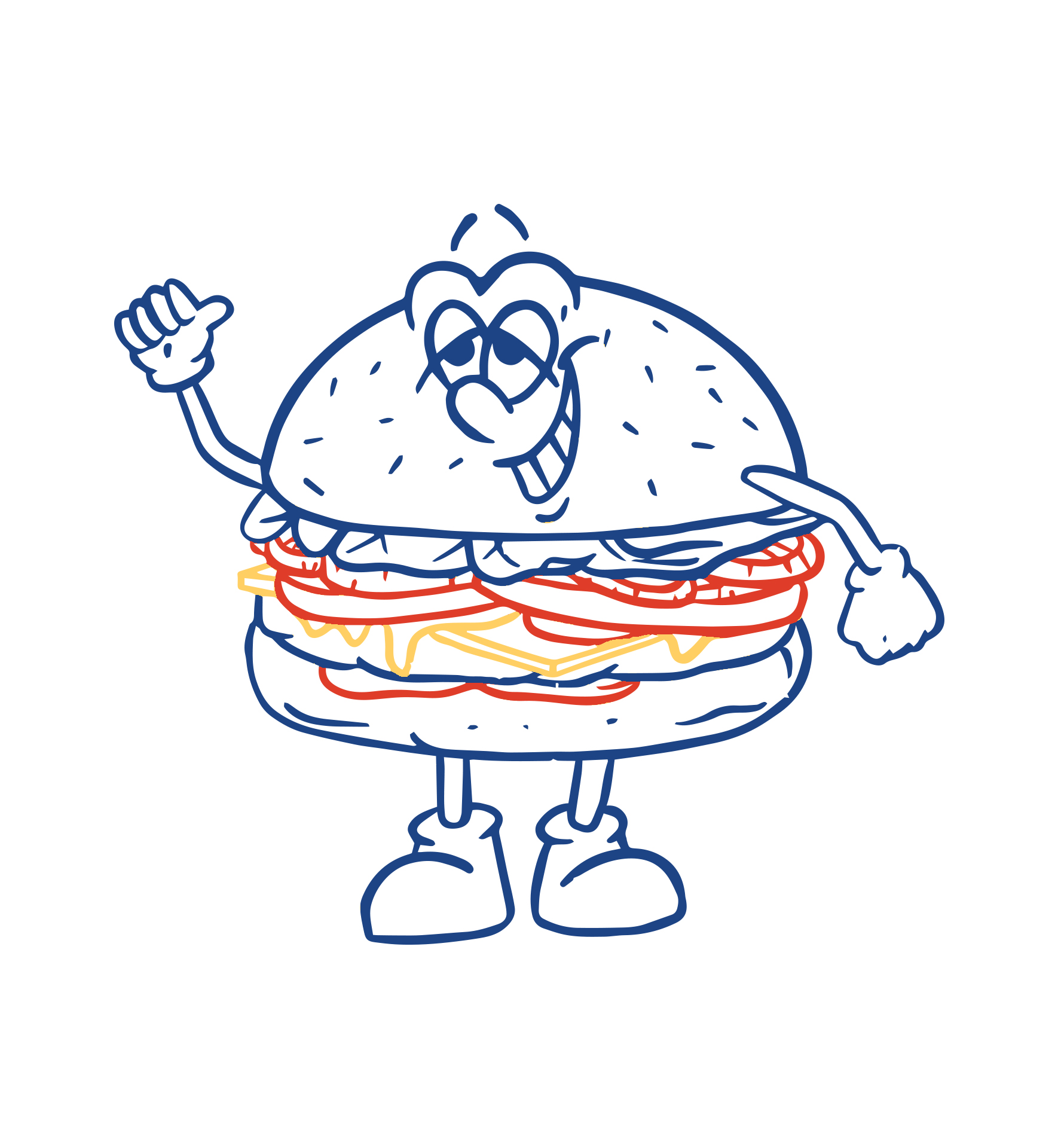 Tax, gratuity, and beverages not included

Saeed Jones has traveled across the country promoting his new memoir and chosen Columbus for his own next chapter.

Author and new Columbus transplant Saeed Jones finally has a break after wrapping up his 16-city tour to promote his new memoir How We Fight for Our Lives. It’s a book that isn’t solely about his past, but is designed as an earnest conversation with readers. The book succeeds Jones’ previous poetry collections and a stint as Executive Editor of Culture at BuzzFeed, and is already receiving numerous honors and highly- publicized acclaim.

“It took a long time to write the book, almost a decade. So, I had a lot of time to think about writing it [being] one thing, but when you publish it, it becomes something different. I tried not to think so much about other people and the audience, but I think I trusted that if I could write to myself sincerely [and] candidly, that would be a bridge for other people,” he said. “It’s like you’re encountering someone when they just had a transformative experience. Something that’s really important for me in my writing is the cost of silence and the ways we silence ourselves. I think it’s powerful—as a writer, with the fortune I’ve had in my career—for people to be like, ‘I’m going through it’, and for me to be one more person who goes, ‘Me too.’”

Though some authors intend to tell their stories later in life, Jones wanted to focus his story on the time period from his upbringing in Texas through his mid-twenties to capture a specific ethos that informed his narrative. Concerned that segments of his life would become deemed irrelevant to readers, he found the immediacy of the news sparked him to publish the book sooner than later. Soon after Jones considered writing in detail about the 1998 murder of Matthew Shepard, which shifted the LGBTQ+ conversation, the 2016 Pulse Nightclub shooting occurred.

“Whenever I would get a little hard on myself about the book’s intentions, it felt like America would go, ‘We gotta do this now,’” Jones said. ”Everything’s not perfect but a lot has changed from 1998. [While writing,] I was like, ‘I don’t know if it’ll be a perfect book, but it’s gonna be the book that I want and need now.’”

After his mother’s passing in 2011, Jones is attentive to their relationship in How We Fight for Our Lives, endearingly dedicating the book to her even after a moment of uncertainty that occurred when he came out. In spite of having a vibrant relationship with his mother, Jones jokes that the two weren’t able to naturally discuss sexuality. Promoting the memoir before Thanksgiving, Jones mentions that some LGBTQ+ readers confided in him about their own awkward conversations with family.

“Sure, it’s important for us to write about clear and present danger, whether that’s police brutality, homophobic or racially-driven violence, [but] I think that it’s also important for us to pay attention to the more subtle hurts that come to define us. Sometimes those hurts are a result of failings; loved ones who just can’t support us because they’re like ‘I don’t get it’ and they kind of give up,” he said. “My mom was working two jobs, so a lot of times she was just tired. She was like, ‘Sorry, we can’t have a heartfelt conversation today, I gotta go to my second job.’ That had an impact on me, and I know that has an impact on a lot of other people in those moments. In any meaningful, long-lasting relationships—certainly family relationships—it is going to be complicated. If you don’t have multiple colors in how you’re thinking about that relationship, the truth is that something is being deadened, something is being intentionally or unintentionally ignored or silenced.”

An avid reader of works by Margaret Atwood and Audre Lorde, Jones recognizes a similar urgency from his memoir through his influence James Baldwin, admitting to reading his 1956 novel Giovanni’s Room repeatedly, revisiting it at different points of his life to gain a new perspective. Identifying with different characters each time, Jones focused essentially on Baldwin’s deconstruction of queerness and social dynamics, which intersected American politics with racial identity. “[Baldwin] wasn’t going to pretend that there was this monolithic Blackness. He wasn’t just going to pretend that there weren’t Black men—who he was advocating for in terms of civil rights— who weren’t homophobic. He was like ‘We’re gonna do all this together’” Jones said. “He’s drawing from his background in Christianity, but he’s changed; he’s not practicing his faith in the same way. He [was] just doing a very good job of showing how we’re in flux and that it’s natural and better to embrace that. I feel like that set me up to start paying attention.”

Habitually enthusiastic about settling in Columbus (or what he calls “the promised land”), Jones speaks gleefully about The Great Migration and Ohio boasting essential Black authors—Paul Laurence Dunbar, Jacqueline Woodson, Hanif Abdurraqib and Toni Morrison. While he notes that Black authors have thrived

in Ohio through a formidable writing scene, in How We Fight for Our Lives, Jones touches keenly on the fragility of Black life. Days prior to our conversation marked the one-year anniversary of the death of 16-year-old Julius Tate, who was shot by Columbus police during a sting operation.

“If we’re able to villainize people we have wronged—and Julius was certainly wronged—it eases the rhetoric of brushing the wrong aside,” Jones said. “It happens so often and so much of our culture grooms all of us to move on. I’m not the one to say what justice for Julius and for Black people impacted by that violence looks like, but I would love to hear it. I have no interest in telling people to be quiet. I’m a writer, so I think a lot about editing and revision, and how you polish and the drafts you don’t want people to see. Cities are text, too.”

While Columbus continues to be a work in progress through systematic tensions, Jones is embracing the city’s tangible LGBTQ+ scene after residing in New York City, Atlanta, and San Francisco. In support of the Black Queer & Intersectional Collective, he attended the Columbus March for Black Trans Women in November, where he felt a sense of cohesiveness within the city. “I feel like the march was a great example of waking me up—unsurprisingly, it’s easier for cisgender gay men to live and feel embraced here than Black trans women in Columbus,” Jones said. “The stakes are high, but it feels possible. Here it feels like, ‘start reading up, go to that march, talk to people,’ as opposed to ‘here’s the finished story.’”

With a story far from over, Jones reveals that his next life work is to write about joy to balance the scales with his past struggle within How We Fight for Our Lives. Avidly writing about pain and loss, he vows to dabble into more written frameworks outside of his comfort zone. “I feel like I’ve written about myself so damn much, maybe learning to write in other forms—fiction—would be fun. I want to learn more, I feel that’s when I’m most alive, when I’m learning and realizing that I’m learning,” he said. “That’s when I feel fully present as a person, not when I think I know the beginning, middle and end.”

Uncle Nick's Greek Fried Chicken is gone, but it will not be forgotten thanks to a new spinoff concept opening soon.

The Crispy Coop will open at 1717 Northwest Blvd in the former Acre location on Saturday, February 1. This new restaurant will continue to serve the award-winning chicken, as well as many new menu items including Nashville style hot chicken, chicken sandwiches, and all new homemade sides.

"We are so thankful for the past 5 years at Uncle Nick’s and are excited about our future," reads Crispy Coop's Facebook bio.

Uncle Nick's Greek Fried Chicken was located at 1333 Northwest Blvd. The new restaurant will allow for a "much better customer dining experience," according to the Facebook bio.

“An iconic institution” joins the the North Market