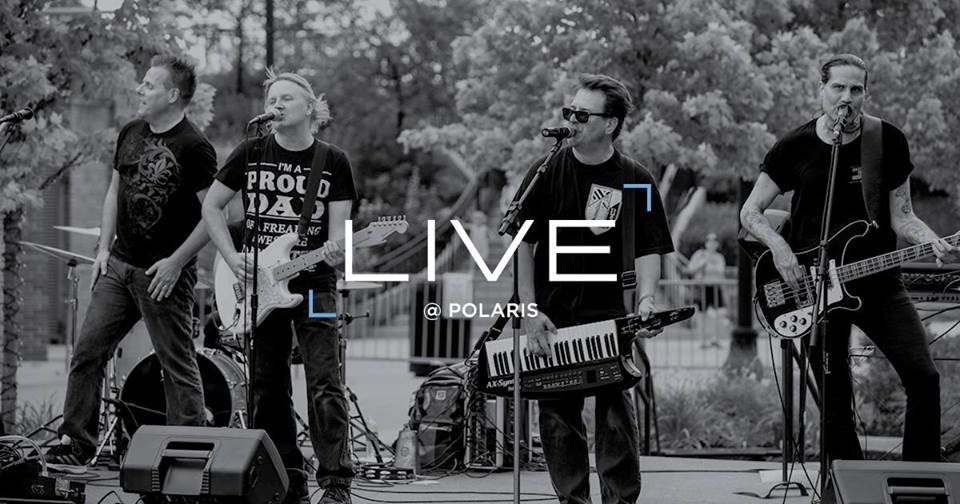 Diamonds in the Rough

The ’50s: a time when Tupperware was considered more “space-age technological triumph” than “impulse buy at Wal-Mart.”

It was also the dawn of a golden era for door-to-door dealing, where the “Tupperware party” took its place alongside in-home commerce items like vacuum cleaners and encyclopedias.

While the latter two have been relegated to relics, the Tupperware party is still alive in Columbus—with a 2015 twist.

If you’re not savvy to this type of shindig, it’s really quite simple: housewives invite Tupperware

representatives into their homes to talk about and sell, well, Tupperware. And in case you didn’t know, our city is home to one of the most popular Tupperware salespeople in the nation—a happy-go-lucky drag queen named Dee W. Ieye.

In this case, the housewife is me: an unshaven freelance writer, and the presentation is in my home, albeit via a YouTube video.

Dee, wearing a frizzy blonde wig and platform pumps, pulls out a large, turquoise Chip n’ Dip Tupperware container and sets it on a table in front of her. Her eyebrows are generously painted a robin’s egg blue, paired with a thin streak of white and gold. Everything about her persona is over the top, as if she came prancing out of a John Waters flick in her tablecloth red-and-white shirt, her faux-Southern drawl laced with charming bursts of profanity. She smiles at the camera, snaps open the plastic lid, and finds a pair of dirty pantyhose stuffed inside. “My, oh, my—how the hell did those get in there?” This is not your average Tupperware party. This is a new age—an age of the Tupperware drag queen.

“I love it when somebody will come up to me after a show, who are in their late-70s or early-80s, who have been to numerous Tupperware parties in their lifetime, and tell me that they have never had so much fun at [one] before—if that’s coming from your grandmother, that really means a lot to me. For a drag queen Tupperware lady to make an 80-year-old lady laugh and have a good time, you know, that’s good shit. That’s really, really good shit.”

In person, Kevin Farrell, the man behind Dee W. Ieye, is balding, soft spoken, petite, and unassuming. He told me that he lived in L.A. briefly as a television actor in the ’90s, appearing on shows like Friends, Boston Legal, and Malcolm in the Middle. He even played Kelsey Grammer’s look-alike in an episode of Frasier. Farrell was born in Columbus, graduated from Miami University in Oxford with a degree in theater arts, and then moved to Chicago where he spent nine years of his life honing his craft as an actor.

In 2004, while in L.A., Farrell created the character Dee W. Ieye for a fundraising beauty pageant called “Aid for Aids: Best in Drag Queen,” representing as Miss Tennessee. After the show, Farrell was approached by a fellow drag queen, who initiated her to the Tupperware scene.

Really, Farrell’s story is as fascinating as Dee’s character: here you have a struggling actor in L.A. who, on a whim, started selling Tupperware as a beauty pageant character. And slowly, against all odds, Farrell built an empire. From 2007 to 2010, Dee W. Ieye sold more Tupperware than any other salesperson in the nation. Her YouTube videos have around 20,000 views a pop. Farrell even published a book in 2014 called Confessions of a Drag Queen Tupperware Lady. And now Farrell has moved backed to Columbus and makes a full living doing what he does best: selling a shit-ton of kitchen aids.

“In playing the character over the years, I have noticed that there is a lot of Kevin in Dee W. Ieye,” Farrell said. “I’m a very playful person. I love to make people laugh. And I have a big heart. A lot of that translates into Dee. She is not hateful. She is not mean. She doesn’t make fun of people. And she does everything in a very light spirit. She is very likeable, and that is why people want her [in] their home.”

And it’s not just housewives that love Dee. “I have just as much of a following with straight men [as] I do with women or gay men. She is very easily able to cross barriers,” he said.

Sometimes people are confused by what Farrell does and who he is. To be clear: he is not transgender. He is not a transvestite. He is simply playing a role—one that he seems born to portray.

“I think the issue is with people who are not educated with drag queens, with transvestism, with transgenderism, or even with being gay,” explained Ferrell. “I am not [transgender]. I am an actor who dresses up and plays a character. I’m like Tootsie of 2015. I think that’s the problem we run into as a society because people don’t understand. What I am trying to do is break down those barriers. Nina and Virginia West are fantastic performers. But I don’t perform at Axis. I don’t perform in bars. I go into the suburbs—I live in the suburbs for God’s sake—and go into these women’s homes, and I sell Tupperware as a character. I’m bringing drag into Dublin. I am bringing drag into Westerville. It’s just kind of like a different cracker. It would be a boring world if we all did the same thing.” •

To book Dee W. Ieye for an in-home Tupperware demonstration, visit her website at Deewieye.com.