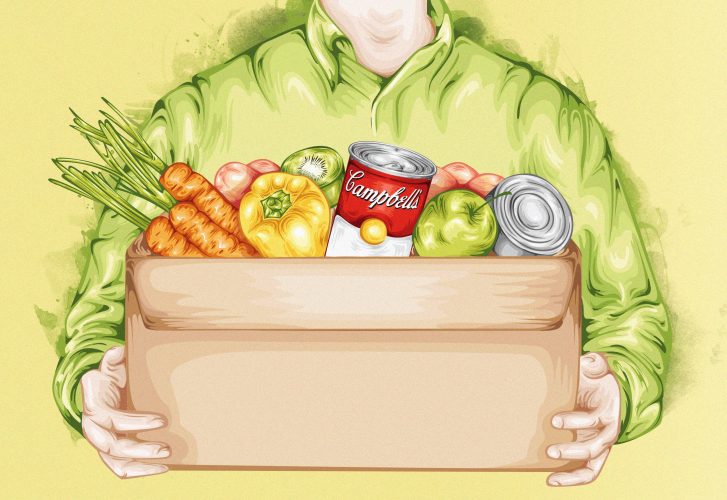 Lunch is hardly the most inspiring meal of the day. It lacks the depth of dinner, the boldness of breakfast, and is often little more than a midday dividing line marked with another boring burger eaten on the go.

I’ll admit, that’s my routine too, eating lunch in my lap while waiting at a stoplight. But today I picked up a stack of pizzas, a few dozen baked potatoes, three gallons of clam chowder, some crab legs, and a pile of bagels, scones, and coffee cakes. So much, I barely fit it all in my car. Yet, I didn’t eat any of it—and lunch has never been more inspiring.

That’s because I started “running” for Community Plates, a volunteer corps of drivers who close the gap between restaurants that throw leftover food away and shelters and food pantries that desperately need it.

“Once you do your first run, you’re kind of hooked,” confessed Susan Keiser-Smith, the organizer for Community Plates in Columbus. “The person who started it here was my neighbor, so I originally volunteered as a runner. She was a student also working full-time and eventually asked, ‘Would you like to take this over?’ So, I did.”

Community Plates offers a streamlined solution to a complex problem: plenty of restaurants have extra food and ingredients at the end of the day, but no practical way to deliver them consistently to organizations that can put them to good use. Improvised and ad hoc solutions tend to fail or fall short over time—like a well-intentioned machine, just not a well-oiled one. Every microwave oven on the planet has a button for popcorn, yet we still lack the technology to redirect food destined for the dumpster to folks who are hungry.

Founder Jeff Schacher had drifted into software development after a stint as an aspiring actor and part-time waiter in New York. His software company now helps restaurants manage labor and inventory throughout the country. Executive Director Kevin Mullins was a pastor whose passion for fighting America’s growing hunger crisis was inspired by his children. They and their classmates had organized to pool their lunch leftovers together to send home with fellow students who may not have had enough to eat for dinner. 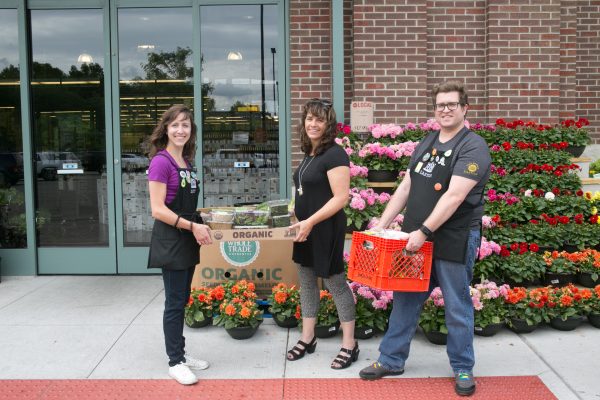 And that was the impetus for the idea. Connect people with a few clicks and allow them to organize themselves. Community Plates was created to be push-button simple, just like microwave popcorn.

Signing up is just as simple. In less than five minutes, I’d logged onto their website, created my volunteer profile and was on my way to my first run. From your smartphone, you can easily see where and when food needs to be picked up, where it needs to go and how close both locations are to your regular route or destination. Imagine Uber meets Meals on Wheels.

“We now have more than 300 runners signed up in Columbus, and between 50 to 70 runs a week,” said Keiser-Smith. “When I started, I thought it would mostly be students. But there are a lot of retirees as well.”

“When I got to the Whole Foods at Easton for the first time, there was a receiving manager who directed me to the loading dock and all of their bread was clearly labeled,” noted Richard Hood, a recent volunteer who also happens to be an Uber driver and independent broker for outsource manufacturing.

The familiar convergence of simplicity and efficiency found in Community Plates was not lost on him.

“My first run was to Faith Mission downtown. A lady in chef’s coat came out and her face lit up,” he explained. “I’m out there driving anyway, so why not put some of those miles toward helping people?”

“One of the design features of Community Plates is that you can take a single run. The commitment is literally only to do it once,” Hood noted. “Then you can then adopt a run, which means you’re committing to do that same run however often they need it.”

“If you adopt a run, and say you’re going on vacation or can’t get it for some reason, you can drop the run and someone else will pick it up that one time,” Keiser-Smith explained further. She said most runs are eventually adopted, but new donors are always creating new ones. Current Columbus donors include notable local and national names, like Cameron Mitchell restaurants, Hot Chicken Takeover, Pistacia Vera, City Barbeque, Red Lobster, Starbucks, Little Caesar’s, and Bob Evans.

“Most of the shelters and food pantries are downtown, so that tends to be where most of our runs are delivered,” Keiser-Smith said. “But there are also food pantries in Dublin, Worthington, and Westerville. Some people think there isn’t as much need in the suburbs, but there is—much more than you think.”

They say you can't teach an old dog new tricks, but that's not the case with one local city. A brand new community market is coming soon to Old Hilliard!

Center Street Market, a new community market, set to open next month with the intention to support local food and retail vendors, according to its Facebook.

Scroll down to see photos and learn more about these vendors.

Al's Delicious Popcorn offers 60+ flavors of gourmet popcorn in a variety of colors and sizes.

Legacy Station (from the owners of Legacy Smokehouse)

Mediterranean and American flavors at Pitabilities, with fresh ingredients made-to-order just the way you like it.

A Mexican-style ice creamery is now open in the Short North.

The 4,000-square-foot taproom currently has a handful of brews available, with plans to roll out a total of 16 in the future.

When the weather improves, guests can enjoy their High Stepper American IPAs and McSwagger’s Own Amber Ales on Crooked Can's 7,000-square-foot patio.