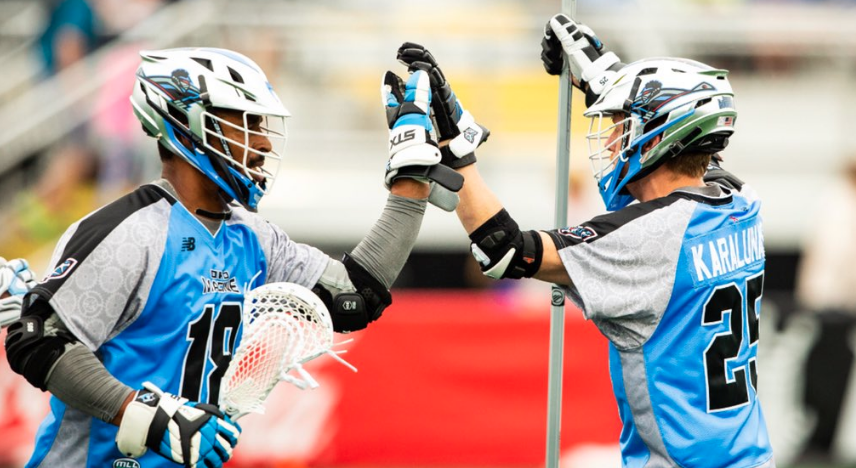 While the Ohio Machine kept it close with the Charlotte Hounds, the visitors took their chances in the fourth quarter to pull away from their hosts. The Hounds defeated the Machine 14-10 at Fortress Obetz this past Saturday, making Charlotte the only undefeated team in Major League Lacrosse (MLL).

Looking ahead to the Machine’s next opponent, #32 Jordan Wolf and #91 Ty Thompson have produced 29 of the 55 goals for the Dallas Rattlers in their first four games. Those two will likely receive extra attention from the Machine’s defense. Interestingly, the Rattlers are averaging 13.75 goals per game, whereas as the Machine are conceding an average of 13.5 goals per game.

In other words, this weekend’s game should be a damn good one.

The Ohio Machine (1-1) will remain at home this weekend to host the Dallas Rattlers (3-1) this Saturday at 6 p.m. at Fortress Obetz.

A red card to Crew SC’s #9 Pedro Santos in the 15th minute for an attempted kick of the ball that quickly lifted into an upper body kick against #16 Alex Roldan of the Seattle Sounders did not appear malicious—yet was nonetheless reminiscent in a less intentional manner—à la Nigel de Jong in the 2010 World Cup final that short-changed Columbus for the remainder of the game.

Even with the added challenge of playing a man down for 75-plus minutes and earning a point on the road, which was laudable, Crew SC failed to convert high-quality chances in their nil-nil tie against the Seattle Sounders.

A missed shot in the run of play by the charging #11 Gyasi Zardes in the 22nd minute from around Seattle’s penalty spot, along with youngster #19 Milton Valenzuela who managed to sky a shot with a mild bounce from just a few yards away from the net in the 36th minute prevented the Crew from collecting the full three points. The Crew created golden opportunities to defeat the slumping Seattle Sounders on the artificial turf at CenturyLink Field.

Defensively, Zack Steffen stepped up big in the 73rd minute by saving a close-range attempt by #2 Clint Dempsey that preserved the tie for the Black & Gold.

Columbus Crew SC (15 points) returns home for a mid-week match this Wednesday evening against the Philadelphia Union (8 points) at 7:30 p.m. at MAPFRE Stadium.