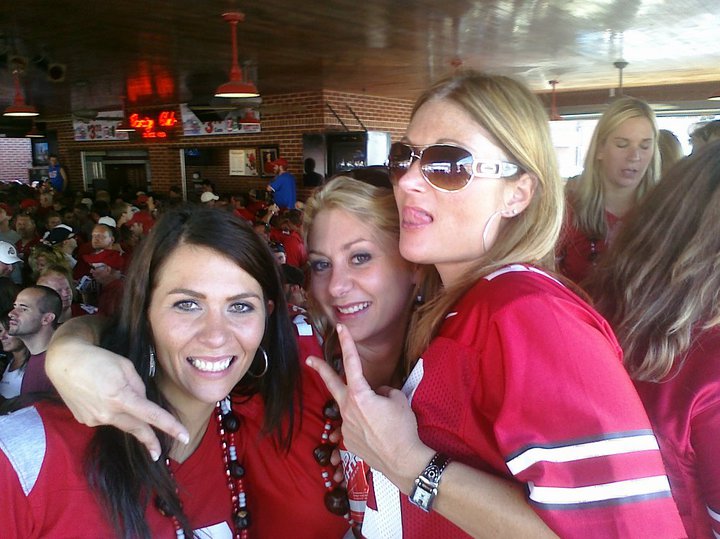 Woo-hoo college football is back!

But if you think you’re just going to aimlessly waltz around Columbus with no tactical plan this weekend, ho-ho honey, you are dead wrong.

Yeah, you went to Ohio State nine years ago but it is a much different place now. Not to mention how it can kind of resemble a battle field when the Bucks are playing.

You need an agenda.

Don’t freak out though because we are letting you in on the best places to loosen up before the 7:30pm kickoff.

Here it is, the Game Day Game Plan:

The new and improved Chumley’s. It’s just a touch south of Gateway which makes it so much more accessible if you went for bottomless mimosas in the Short North first.

We don’t advise you venture further into the belly of the beast that is Ohio State’s campus unless you want to the vacuumed into the #new2osu chaos so just stop there.

If you’re coming in to campus from the north, be sure to stop at Out-R-Inn.

They hook it up on game days with a Bloody Mary bar, a DJ whose repertoire consists of exclusively Buckeye remixes. Out-R-Inn take their 21+ rule very seriously so you can rest assured you won’t be buying an 18yo a shot unless their fake is like….super good.

If you hike a little more north, pop in to The Little Bar. They project the game on a giant screen outside the bar.

For good measure, trek a little further north to the new Cazuela’s. Enjoy the sunshine and 70-ish degree weather on their massive patio and take advantage of the free chips and salsa.

Anything east of High Street

The Land of the Undergrads. Pretend to be someone’s aunt/uncle and join in on a game of front lawn flip cup.

Varsity Club is the OG of game day.

It’ll be crowded with oldies but goodies like yourself just trying to relive their glory days with a warm-ish pint of Coors Lite.

You probably won’t be pressured into a Fire Ball shot at this bar like you would at the aforementioned spots but hey, we can’t make any guarantees—you are on campus after all.

Booze will be flowing again this year inside Ohio Stadium in case you want to pass by all these tap mansions.