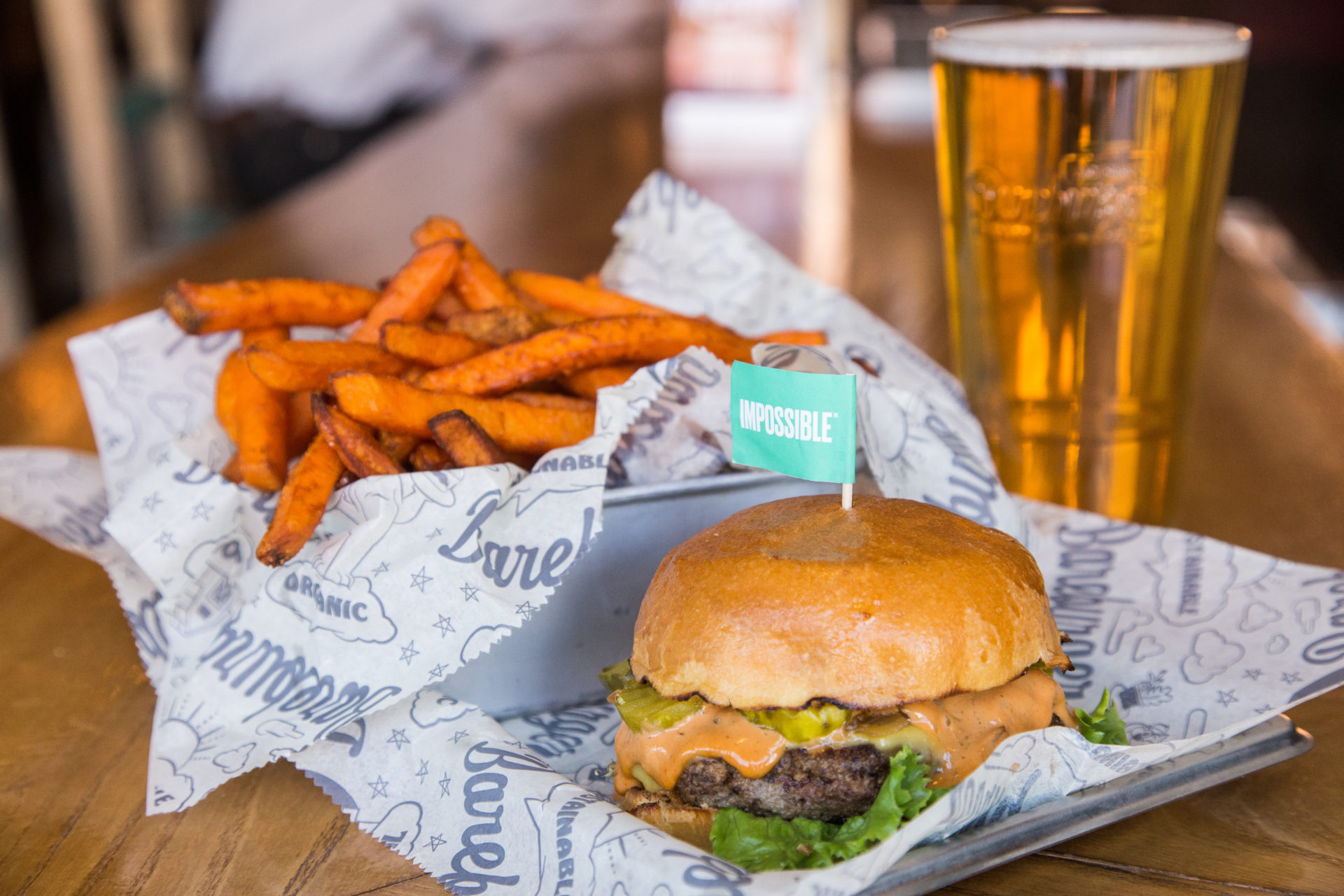 So you didn’t work out today, you ate a donut from the box in the break room, and your gut is still recovering from a long weekend of binge eating. Maybe red meat isn’t exactly what your body needs today.

Why not spring for a veggie burger instead? You’ll be doing your bod some good but it’ll taste so good your mind will think it’s indulgent beef.

Here are seven of the best veggie burgs around town.

Fans of traditional burgers who want a meatless option should swing by one of Bareburger’s two locations on High Street. They offer a classy lineup of real meat hamburgers, but they also serve a patty that that seems like a scientific anomaly. That’s why it’s called the Impossible Burger. This faux-meat patty is nearly indistinguishable from real beef.

It looks, feels, smells, and even bleeds like a standard burger. Topped with American cheese, pickles, lettuce, stout onions, and special sauce, this burger is a perfect stand-in for the real thing. Eat it for your health. Eat it for the environment. Eat it because you want a tasty burger. 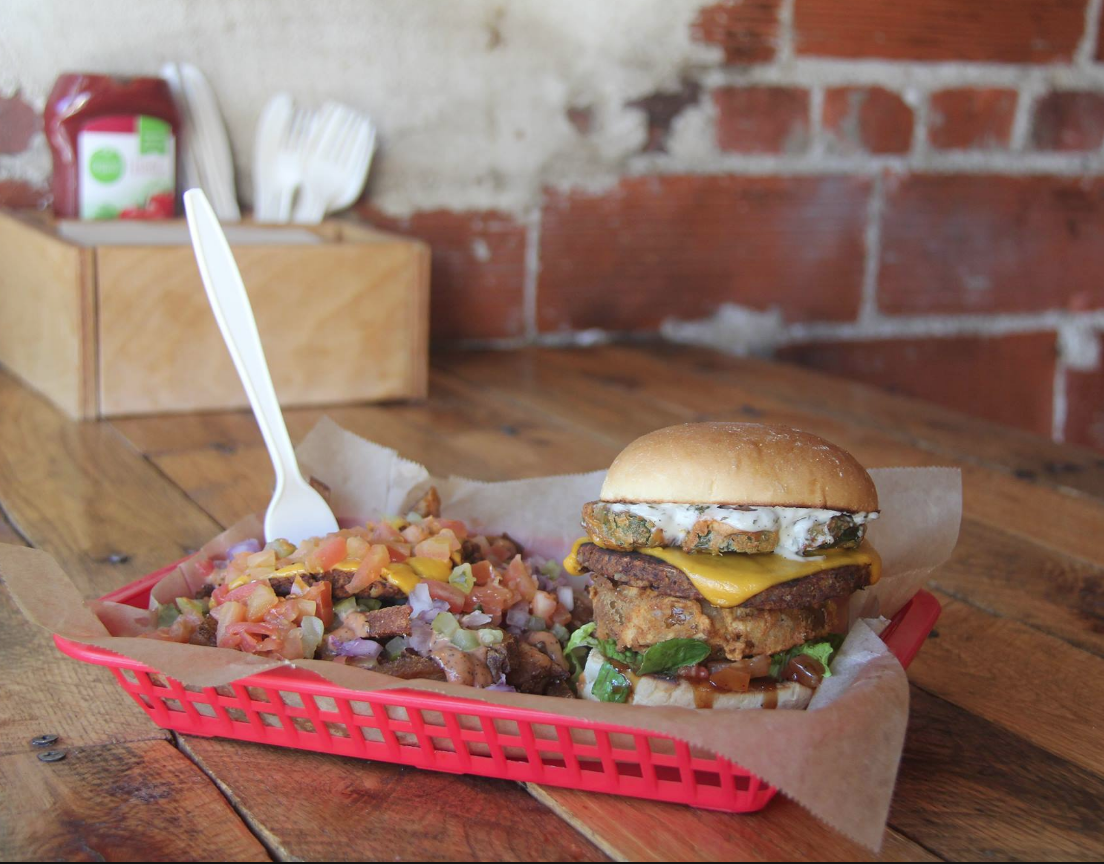 Eden Burger’s offerings don’t contain meat or dairy products, but they taste more all-American than many real-meat burgers do. Depending on which variation you get, your burger might come topped with convincing vegan cheese, tempeh bacon, onion rings, or their signature Eden sauce, which tastes about as vegan as buttermilk ranch.

The patty itself is a hand-crafted recipe the owners started honing long before the restaurant opened last year. Beans, pumpkin seeds, and spices give it a full flavor profile all its own.

Eden burgers come in a few variations, but the real star of the show is the BBQ Western burger. It has an Eden patty dressed up with onion rings, BBQ sauce, ranch, and fried jalepeños. This thing is an absolute flavor bomb, offering all the richness and decadence you could possibly want in a burger, meatless or not. 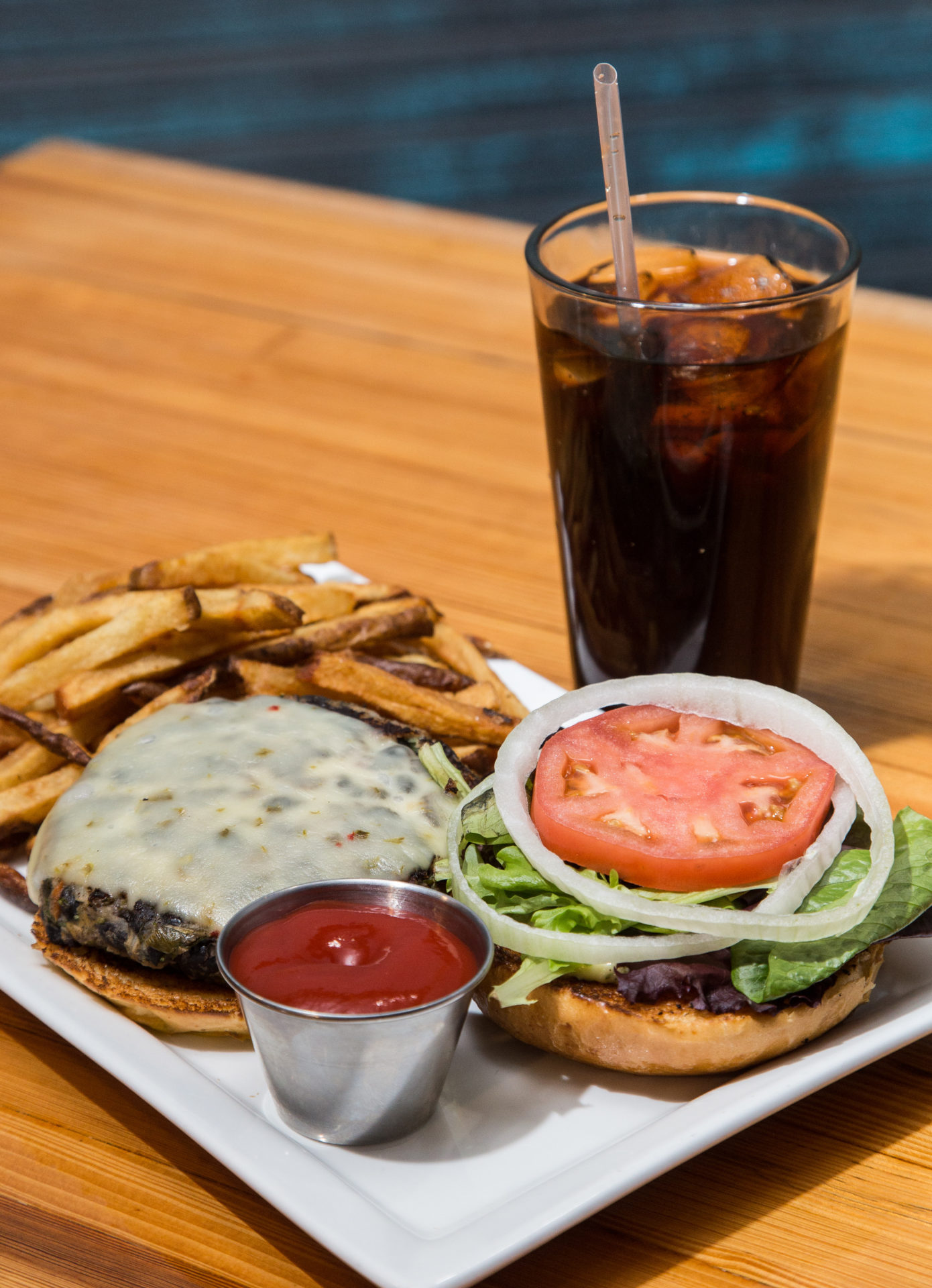 The “196” in this Upper Arlington eatery’s name comes from the total number of countries in the world. The idea behind Passport 196 is that its dishes are meant to bring the world’s flavors under one roof. In the case of the veggie burger, that global mingling happens right on your tongue. The patty is a house-made concoction of ingredients from all around: black beans and chipotle peppers from the Americas, couscous from Israel, and basmati rice from Asia. Despite the geographically disparate ingredients, the flavors work together to form a cohesive whole. The patty, along with a complement of standard toppings, are served on a toasted brioche bun. Throw some house fries on the side, and you’ve got yourself a satisfying, worldly meal.

Arch City Tavern offers an array of lauded real-meat patties, including a gut-busting bison burger. But if you’re looking for a meatless option, they have you covered on that front, too. Their spiced bean burger can go hand-to-hand against any of their bloodier offerings. Made with walnuts and black beans, and topped with cheddar cheese, sautéed onions, lettuce, and tomato, this burger lights up every taste bud on your tongue. Best of all, you can try any of Arch City Tavern’s burgers for $5 every Monday. And if you make your visit coincide with the happy hour (3-6 p.m. weekdays), you can sip draft beer or wine for half price. Whether you eat meat or not, that’s a fine way to spend a weekday afternoon.

J. Alexanders isn’t trying to satisfy your carnivorous cravings with its veggie burger. This unique, savory meal has more on its mind than that.

That’s no mistake: “meal” is right word for this two-hander. The patty is composed of roasted beets, rice, carrots, and other flavorful stuff. It’s topped with cheese, lettuce, onion, and pickle, and served on a crisp toasted bun slathered with mayo. The veggie burger is also one of the least expensive items on the menu, leaving you with a fat enough wallet to indulge in an extra appetizer or another round of drinks. 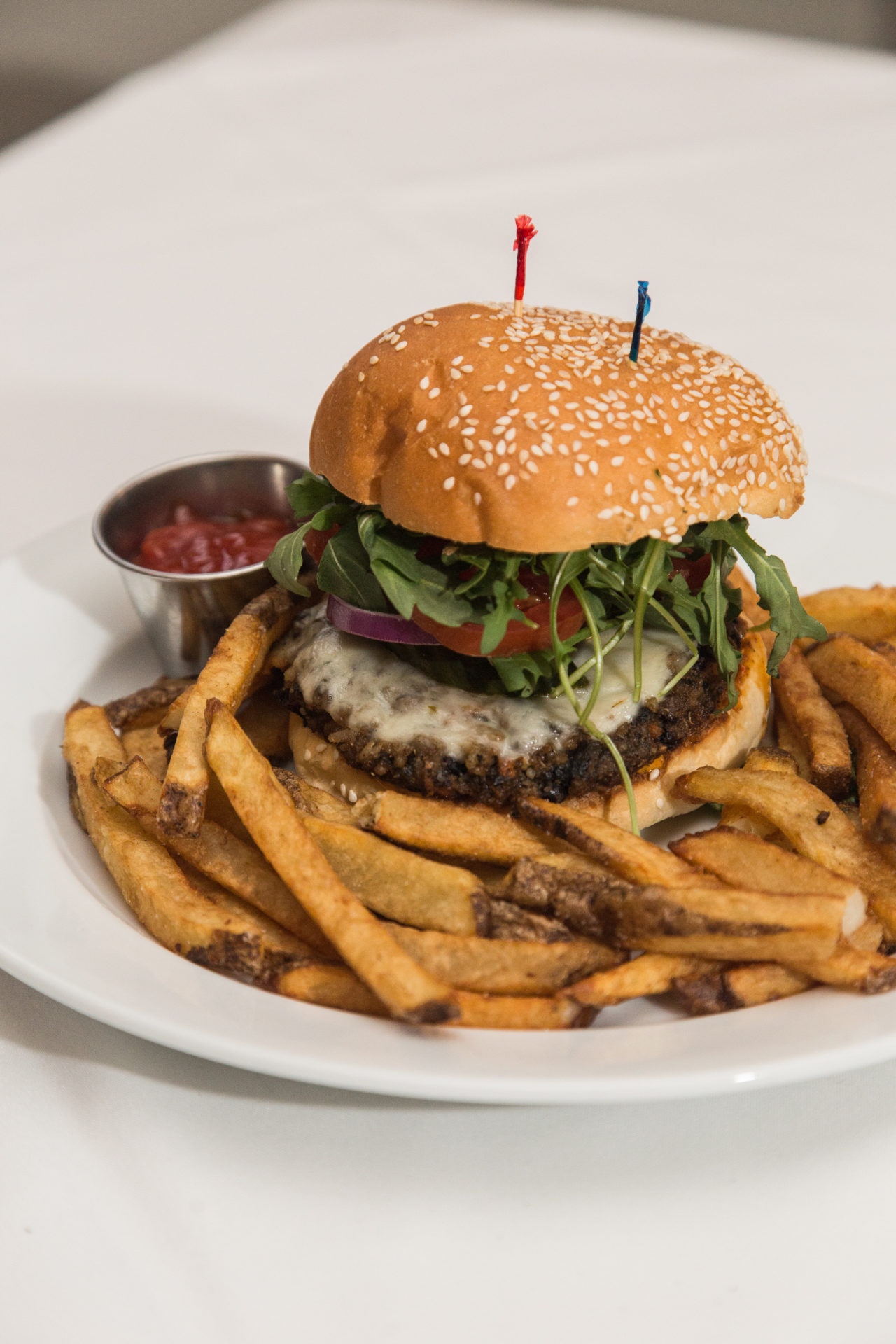 The Worthington Inn is perhaps best-known for its weekend brunch, which features a 15-topping Bloody Mary bar. But even if you’re not a day drinker, you should still stop by for the house-made veggie burger. When crafting the meatless patty, executive chef Mike Waters says he was inspired by the North Star burger. But instead of copying that culinary treat, he and his team experimented with various combinations of grains and legumes to see if they could come up with something different but equally good. The result is a delicious patty made with black beans, quinoa, carrots, spinach, mushroom, garlic, onion, soy sauce, and balsamic vinegar. It packs so much flavor you wouldn’t even need the cheese, veggies, and roasted pepper aioli you’ll also find between the bun. But since they’re there, it would be a shame to let them go to waste.

If you’re willing to venture past the outskirts of the city, you’ll find a veggie burger at Harvest Moon Craft Kitchen that makes the trek worthwhile. Despite the name “Craft Kitchen,” the owners think of the joint as a “scratch kitchen,” because just about everything they serve is made from scratch. That includes an array of burgers made from beef, bison, elk, or wagyu. But it also goes for their veggie burger, whose patty is made from black beans and cashews. The toppings cohere nicely—avocado, cilantro lime aioli, lettuce, tomato, and feta cheese. All that flavor comes stacked on a brioche bun and served with a simple salad.