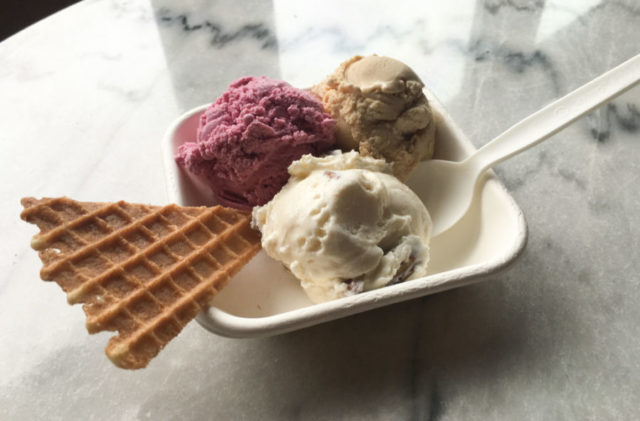 He is also a writer, television and radio personality and a big fan of Columbus’ culinary scene.

Calling the capital city an “unexpected food mecca” in one of his recent blog posts, Hewitt’s lengthy review of several foodie gems in the city is quite a tasty read.

“Normally, my blog focuses on European travel,” he wrote. “But you can also ‘travel’ back home — approaching it through the eyes of a visitor. And when I do that, I’m doubly impressed by the remarkable foodie scene that’s percolating in my formerly meat-and-potatoes hometown.”

He talked about growing up in Delaware which he called “the farthest thing from a culinary mecca.”

But then when he was moving out of central Ohio in 2000, he noticed a shift.

“I believe things really turned a corner when Jeni Britton Bauer, from her humble ice-cream stand in Columbus’ North Market, figured out a way to harness Central Ohio’s natural bounty and turn it to the best ice cream on the planet,” he wrote.

Hewitt also attributed the turnaround to Cameron Mitchell’s empire that was rising in the 1990s.

Today, Columbus is blossoming into one of the best food cities in the USA,” he segued into his favorite hot spots.

Tasi– “A delightful breakfast, brunch, and lunch café with delicious comfort food and a neighborhood bustle” 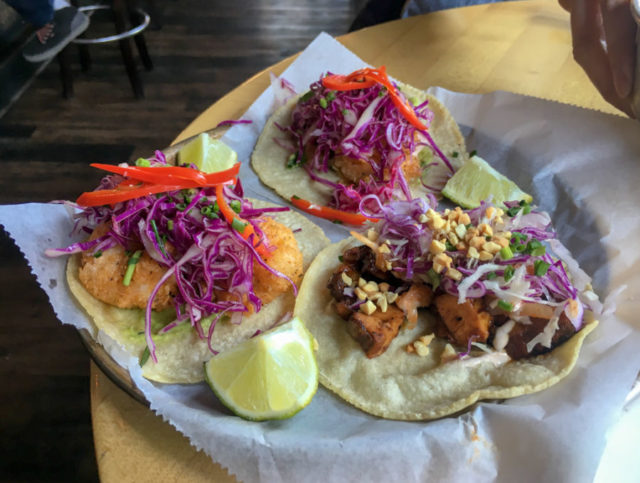 North Market– “Now, that’s a place I could have lunch every single day and never get bored. Unpretentious and packed with temptations, the North Market has been the incubator for Columbus’ burgeoning foodie scene. Its main floor is a warren of producers and food vendors, offering everything from toothsome Polish pierogi to flavorful Vietnamese vermicelli bowls to crisp French macarons. Each stand is more tempting than the last, but two are particularly worth trying.” 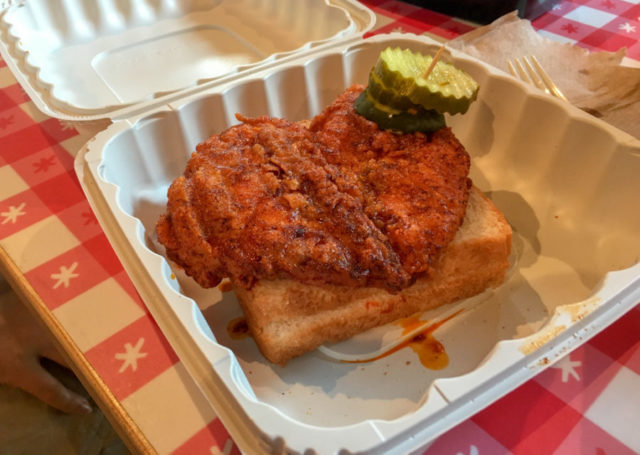 Jeni’s Splendid Ice Creams– “Jeni’s ice cream is the perfect expression of the form. It’s the In-N-Out Burger of frozen dairy products. The texture is smooth and creamy — rich, but not too rich. It melts on your tongue exactly the way you want it to. And the flavors… well, the flavors are magnificent.”

Watershed Distillery– “In addition to offering tours of the facility where they distill a wide variety of spirits from Central Ohio ingredients (such as apple brandy), they operate a fun cocktail bar and restaurant. They publish the most entertaining cocktail menu I’ve seen, with choices like “Teenage Dirtbag” and “Big Papi.” The cuisine is bold and experimental, melding local favorite dishes with flourishes that challenge the palate — such as big slabs of ribs with Asian accents.”

Veritas– “The best-value meal, dollar for dollar, that I’ve had anywhere — creativity and execution on the caliber of a European Michelin-starred restaurant, but at Delaware, Ohio, prices. Chef Dalton’s ambition and command of molecular gastronomy — savory bacon risotto with perfectly delicate sous vide egg; scallop with pungent kimchi and crispy rice; Wagyu beef short rib with palate-blasting chimichurri — has cultivated many foodie converts amid the cornfields of Central Ohio. Recently Veritas moved to a location more befitting its world-class cuisine — in downtown Columbus, between the North Market and the statehouse — and raised its prices accordingly ($90 for the eight-course tasting menu). But it’s still an unmissable opportunity to blow up any preconceptions you might have that Columbus is a Podunk culinary wasteland.”

“I realize I am biased,” Hewitt admitted in closing. “But, believe me, nobody was more suspicious of Central Ohio’s lackluster culinary scene than someone who fled to the wilds of Washington State. Take it from this prodigal son: Columbus, Ohio, is the most underrated foodie destination in the USA.”