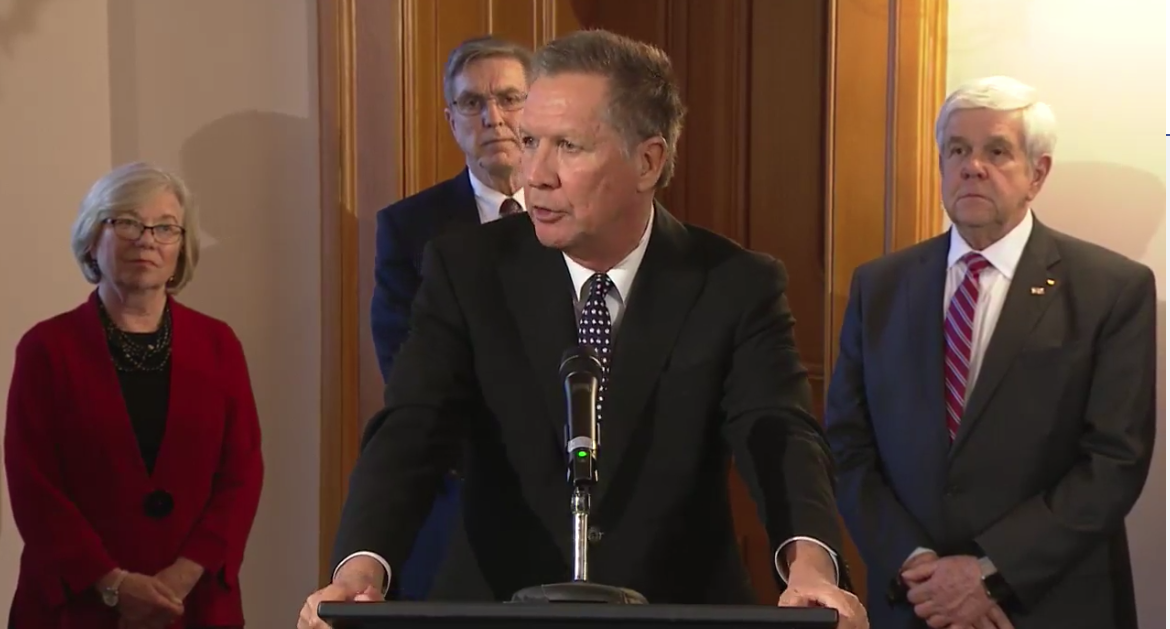 Our governor has come up with a “sensible, consensus approach to protecting Ohioans from gun violence,” in the form of six firearm law alterations.

Gov. John Kaisch is asking state lawmakers to the following things according to The Dispatch:

If you’ll notice, Kasich did not propose a ban on assault-style weapons or lowering gun magazine capacity or an increase in the age requirement to purchase a firearm. Personally, he supports a ban on assault rifles but believes the aforementioned six proposals are more likely to go the distance.

“We are encouraged by Governor Kasich’s meaningful proposals to stem the tide of gun violence, many of which align with our priorities for Columbus. We continue to ask Governor Kasich to support cities’ rights to enact laws that are in the best interest of our families and first responders, such as regulating assault weapons, requiring universal background checks, and expanding protections for all victims of domestic violence.”

Today, I joined @CityAttyKlein and @SG_Hardin in calling on @JohnKasich to act now on responsible gun laws. As your public servants, we will act swiftly and boldly to reduce gun violence in #Columbus. https://t.co/GZjVcD7euL