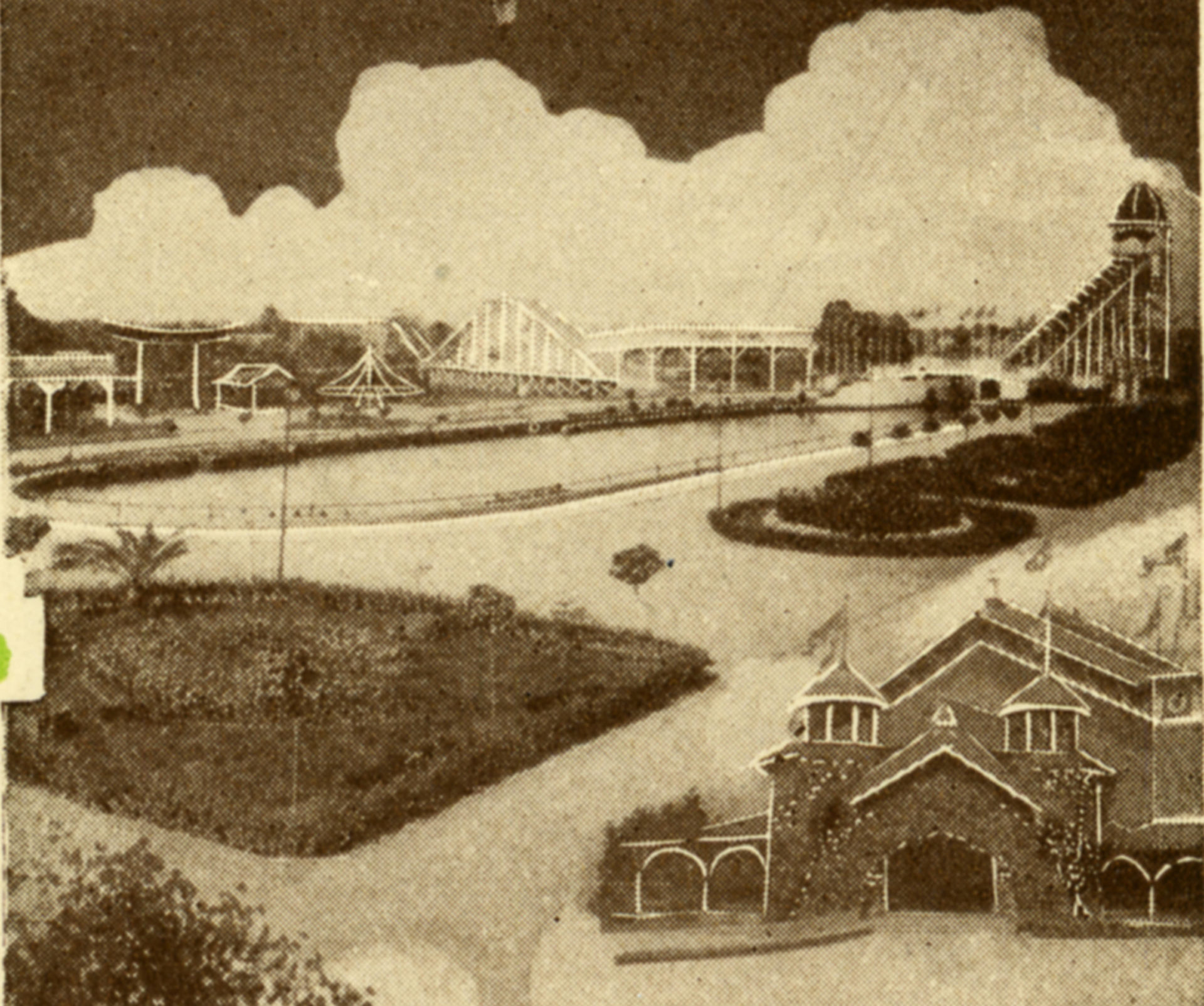 Who doesn’t love the excitement and exclusiveness of a secret?

When former Columbus TV anchor/reporter turned travel writer Anietra Hamper was approached by a publisher to find 90 places that Columbus may not know about, she couldn’t resist.

Brushing up her old-school investigative journalism skills, Hamper set about to enlighten her city about its oddities with Secret Columbus: A Guide to the Weird, Wonderful, and Obscure. And when I got the chance to road trip with Hamper to visit some of those places, I couldn’t resist either.

The community built a natural amphitheater in the park, held parades, gave speeches, shot off fireworks, and had their pictures taken with a massive glacial boulder painted for the occasion.

“It’s like they were going to manufacture this massive media event…that would put Franklinton on the map,” Hamper explains. “People would hear about Franklinton because they had such a grand celebration.”

Afterwards, the boulder became a prominent landmark and a source of neighborhood pride. Fifty-one feet in circumference and partially hidden by vegetation, it’s not quite as prominent today, but still visible from the boardwalk.

Despite the warnings of parasites, I step off and start crunching through the underbrush, Hamper right behind. I feel quite rebellious until I see the graffiti and the trash; that’s when I feel an urge to start climbing.

Sh*t. There’s a man on a bicycle staring at us. We freeze. Hamper grabs her pepper spray. Fortunately for this guy, he has better things to do and leaves. And we’ve got more stuff on our list too.

Hamper drives us through the ODOT complex and turns on an access road until it dead ends.

“You ready to be creeped out?”

We’re at the gate of the State of Ohio Old Insane and Penal Cemetery, where patients of the old Columbus Mental Health Hospital now rest after their remains went unclaimed.

Hamper indicates the newest section of graves—around a hundred nondescript, functional markers: name, date of death, and perhaps an age or year of birth. Then she wanders into the open field, searching the ground.

As I stand parallel to the marker, a shocking reality silently spreads across the flatness—rows and rows of markers stretching the length of the field. Hamper counted over 800 anonymous graves in one visit.

“No one knows who they are. No one will ever know who they are,” Hamper sighs. “What a sad thing.”

During the cemetery’s 54 active years, mental illness was routinely treated with controversial procedures such as electroconvulsive therapy, lobotomies, and forced sterilization.

That context makes Hamper’s next stop even more horrifying.

Within the section of newer graves is a stone bearing a single word: Specimens. Which means… body parts? …biomedical waste? …experiments? Whatever lies beneath, a marker strongly suggests human remains.

But not all is macabre. There’s Mary Rickman, buried in 1958. Her stone, with a floral design etched in the corner, is clearly a replacement, displaying her full name and the word “Mother.”

My throat tightens a bit. In this field of the lost and unwanted, someone has found family again.

On the road again, Hamper tells me something that becomes the biggest mindf*ck of my day.

From 1880 to 1939, the southwest corner of Clintonville was home to the country’s largest amusement park. As we drive through the site, now the Olentangy Village apartments, Hamper describes the amphitheater, the zoo, the rides, the gardens, the high-class entertainment, and the swimming pool decorated with sand (hauled from New Jersey) and seashells to create a beach.

Picturing all that isn’t the difficulty. It’s that my hometown, which has always struggled with a bit of an inferiority complex, could optimistically pull off something so world-class, so distinctive. (It would try again in 1992 with AmeriFlora with far less successful results.)

“It was very ornate. It was a fun, family-friendly place to go, or a place that you might go on a date,” Hamper explained.

And virtually all of it—roller coasters, Japanese gardens, the fun house—has disappeared. The one remaining structure is a stone house located where North Street curves into Neil Avenue—the zookeeper’s office.

Hamper takes me there, zipping through her old neighborhood. We park in front of an unassuming two-story house with a stone exterior and sage trim. It’s now being used as rental property.

“I grew up right around the corner from here,” Hamper mused. “I’ve driven by [this house] hundreds of times growing up and you have no reason to believe that it was anything special.”

But that’s the beauty of secrets. Most don’t hide themselves. They simply wait for you to complete them.

Hamper points to the wrought-iron fencing running along the street, one of a few fingerprints left from the grand park’s earlier days.

I gaze through it and imagine a beautiful, breezy day like this 90 years ago, with bathers by the pool, canoes running the Olentangy River, screams from the arcade, and I can feel the escape, the vibrations of happiness and excitement which still seem to exist here. And that’s exactly where Hamper wants me to go.

“I guess that’s what I hope people will do with the book: find these things because it’s fun and it’s cool, and it’s something to do. But more than that, I want to feed your brain. I want you to learn something. I want you to care about the world in which you live.”

Columbus native Anietra Hamper covers destinations around the world for regional and national publications including AAA, USA TODAY, TourismOhio.com, Columbus Parent magazine, and official Visitor Guides for several counties in Ohio. She’s won numerous industry awards for travel writing and television news reporting. She is a recipient of the YWCA Women of Achievement Award, Jefferson Award and Congressional Award, and is a member of the Society of American Travel Writers. Copies of Secret Columbus are available on Amazon.com.