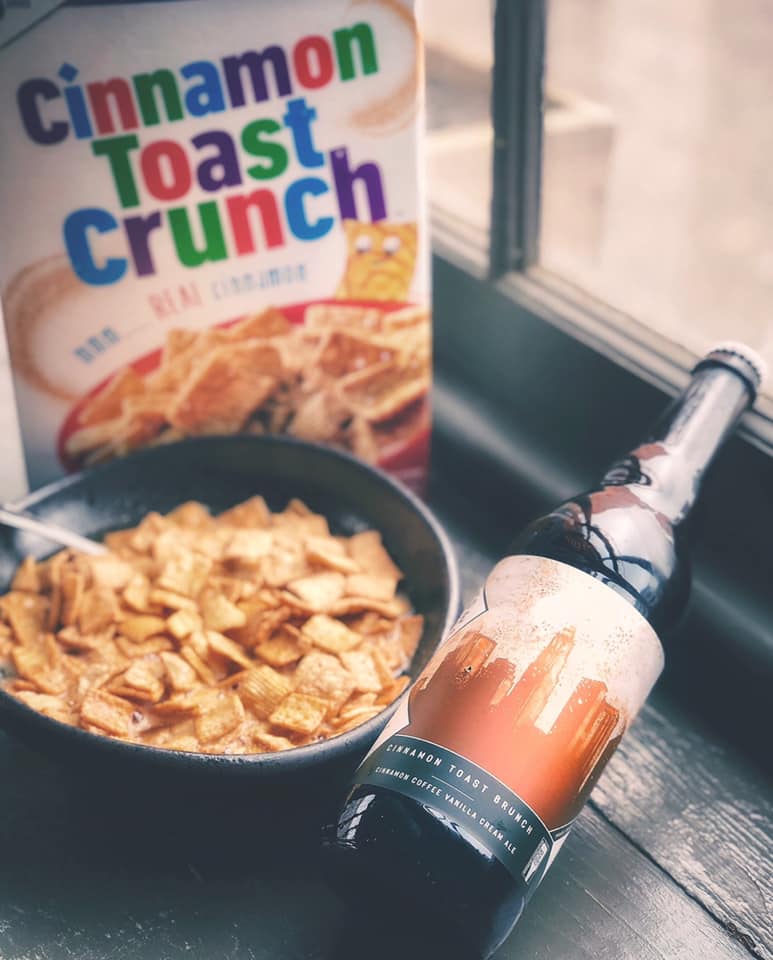 Is there such a thing as “too early” for a beer? We would humbly submit that no, there isn’t.

While everyone else is waiting until noon, raise a toast to the sunrise with these breakfast-themed creations from some of Columbus’ top breweries.

Note: always drink responsibly. We don’t want any angry calls from your boss saying you showed up to work completely tossed. Check yourself before you wreck yourself!

The brewmaster at Wolf’s Ridge is clearly a strong believer in popping off in the AM. “Cinnamon Toast Brunch” – a cinnamon-infused twist on the brewery’s staple cream ale, is delicious at any time of the day. Need something with a little more kick to get you moving? Wolf’s Ridge cellar reserve bottle offering, “’17 All The Breakfast,” is an imperial breakfast-style ale that clocks in at 10.8% ABV.

Columbus Beer Week is a celebration of the many, many great beers available throughout central Ohio. If you stand any chance of sampling them all, breakfast brewskis are a must. Luckily, Homestead Beer Co. has you covered with a Beer Week concoction that will take you back to the days of Saturday morning cartoons and rainbow-colored milk. Prepare yourself for Homestead’s Cocoa Pebbles porter, “Yabba Dabba Brew.”

Like their neighbors Wolf’s Ridge up the street, Hoof Hearted offers a sudsy take on cinnamon toast crunch. At 10.5% ABV, “Miracle Toast” will either start your day off on a strong note, or send you back to bed until noon.

Though not explicitly marketed as a breakfast beer, Hoof Hearted’s “Fitness Freak,” an imperial stout with coffee, vanilla and maple syrup added, has all of the morning-time flavors you crave. At a whopping 14%, it’s also a surefire way to transition from brunch to nap time.

If you don’t think a peanut butter cream puff from Schmidt’s qualifies as a breakfast item, what are you doing with your life? Cleveland-based Platform pays homage to a Columbus institution with the release of their “Schmidt’s Peanut Butter Fudge Puff” brew. This maibock style beer boasts a respectable 7.1% ABV – just enough for some AM fun without derailing your whole day.

What’s your go-to morning brew? Let us know in the comments!