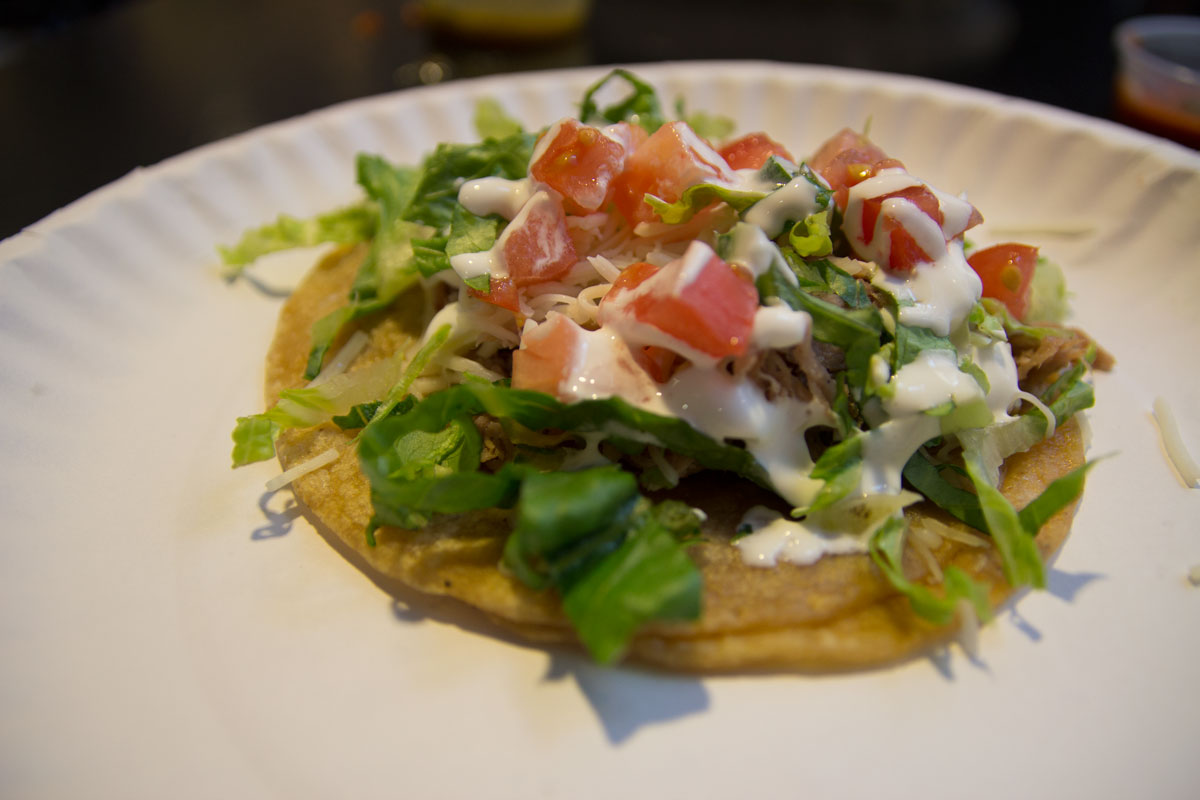 Located in the heart of downtown Columbus near the intersection of Broad and High, Cinco Tacos has been serving the lunch crowd for quite some time. Like many of its fast-casual peers, it was a decent enough place to grab a quick meal that was just a notch above fast food burger chains.

Now, under new ownership, Cinco is done settling for “good enough.” This means more than just a fresh coat of paint on the walls, but a completely new menu highlighting traditional Mexican preparations, executed with patience and care.

Already a veteran of the food truck scene, Francisco Garcia took over Cinco Tacos a short time ago, and quickly got to work making the space his own. First, he put together a staff well-versed in traditional Mexican cooking. He and his team got to work, completely overhauling and expanding Cinco’s array of offerings.

The results speak for themselves, with tacos, burritos, and other diverse items bursting with authentic flavors that put their Americanized counterparts in the national chains to shame.

The secret to Cinco’s superior fare seems to be in taking the time to let flavors develop. The house-made barbacoa takes up to 8 hours to prepare. The carnitas take even longer, and it’s time well spent – both of these proteins are exceptionally tender and flavorful.

Small touches also demonstrate the care that Garcia takes in his approach to cooking. Not satisfied to serve just another taco, he sources yellow corn tortillas from a purveyor in Chicago that are simply the best available in the region, and perhaps beyond.

On this menu, classic sides like chips and various salsas (all made in house) are joined by unique offerings like pozole – a rich Mexican soup with pork and hominy that is a rarity even among the city’s many traditional Mexican establishments.

In keeping with the great flavors found on its regular menu, Cinco features a lineup of killer specials that rotate depending on availability of ingredients. The pork belly taco, made with pork belly hand-trimmed and marinated in house, offers an explosion of juicy, porky flavor. Topped with Cinco’s next-level guacamole, this is one special to look out for.

With the new-and-improved Cinco Tacos open for business, it’s hard to justify visiting chain restaurants. Cinco has everything you would find at those other places (plus much more) but with deep, traditional flavors. Try it yourself the next time you’re downtown looking for a quick lunch, or make a special trip of it – Cinco is definitely worth it.

Cinco is located at 1 S High St, Columbus. They currently serve lunch through 4PM, with plans to expand to dinner service in the future.