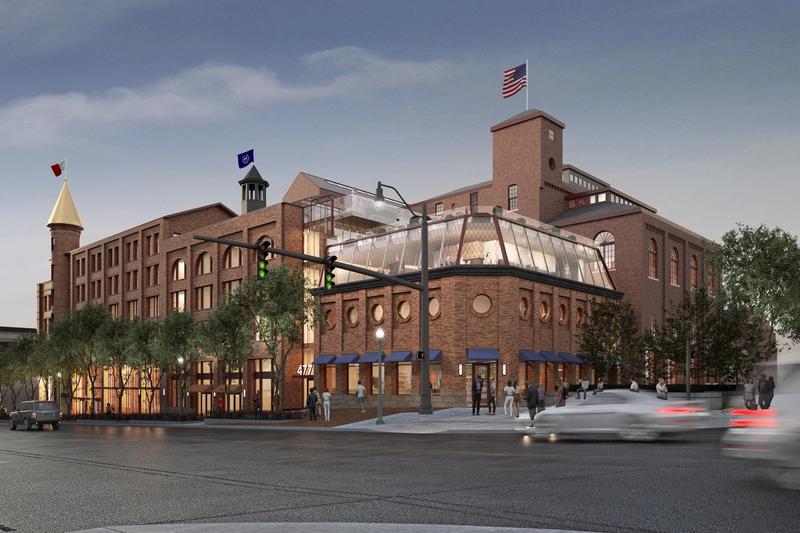 Something new is brewing at a pre-Prohibition era brewery. The long-dormant Hoster Brewing Company at 477 S. Front St. has been purchased with the intent to develop it into a boutique hotel, rooftop bar, events venue, and more.

According to the website of the project’s architecture firm Schooley Caldwell, plans for the Hoster Brewing building include a boutique hotel, a rooftop bar, restaurants and bar, events space, office space, and retail.

“…our goal is to transform the site of the long dormant Hoster Brewing Company while keeping its history and architectural beauty on full display,” wrote Schooley Caldwell. “We hope for these magnificent buildings to serve as a vibrant gateway into the Brewery District from downtown Columbus and the west.”

The redevelopment is expected to cost $70 million.

Note: the program for this project has changed since the creation of this video. While design philosophy and overall goals for the site remain the same, the specific renderings and plans presented in this video no longer accurately reflect the current design, which has evolved considerably.

L. Hoster Brewing Company was founded in 1836 and expanded steadily through the early 1900s. By 1914, Hoster had combined with three other large Columbus breweries and together, they dominated the market. But, Prohibition took it’s toll in 1919, forcing Ohio to turn dry and, in turn, Hoster to shutter.

To learn more about the project and to see photos of what the Hoster Brewing building looks like today, visit schooleycaldwell.com.