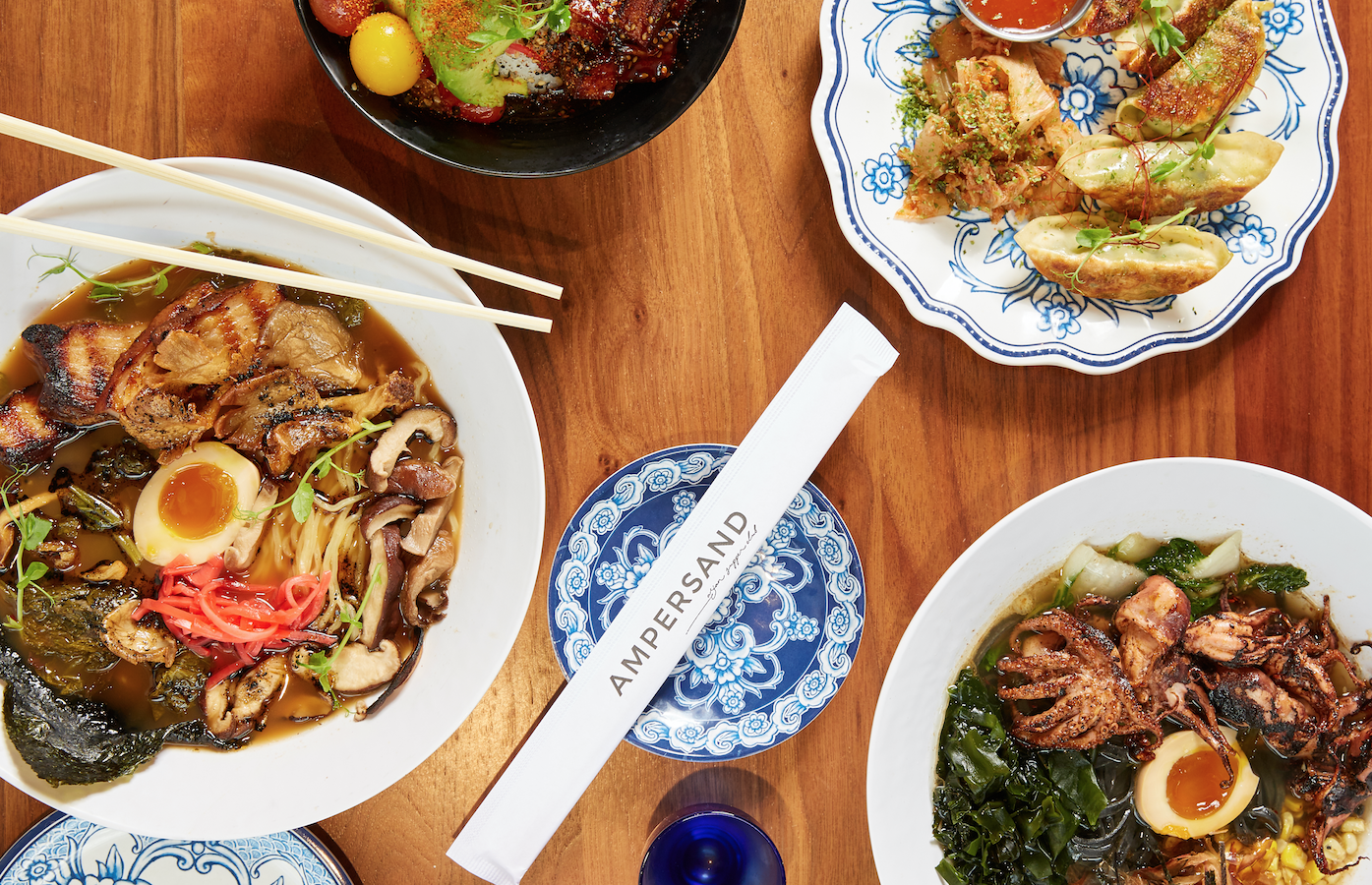 To say that restaurateur Megan Ada’s accomplishments are impressive for her age is an understatement. The feats she has achieved throughout a decade in the restaurant business would be remarkable for a person of any age. Her latest venture, Ampersand Asian Supper Club, is the latest effort in a meteoric career that shows no signs of slowing down.

“I didn’t want to settle for anything less than being really good at something,” Ada explains of her passion for food service, which started with her first job at a McDonalds in Marietta, Ohio. “I loved everything about it. I loved the process of it—the serving of food, taking orders, making the food.”

Years later, a stint at med school would come and go. Ada could not escape the call of her first love—the field in which she knew she could perform at the highest level. By age 24, she was eyeing an opportunity to own her own restaurant: a Sunny Street Cafe franchise in the suburb of Westerville. After a year of research and a loan from her father, that vision became a reality.

“The first year was really hard, even though I knew how to do everything in the restaurant,” says Ada of her first experience as an owner/operator. “Being 25 and being questioned all the time…most of my employees were older than me. [I had to] prove to everybody that I could do it and that I’m serious about this, and I’ll do whatever it takes to make this place successful.”

Her passion tempered by experience, Ada’s dedication to quality food service was stronger than ever. Soon, she was ready to open her own concept, launching Asterisk Supper Club in uptown Westerville. With its eclectic atmosphere, stylish cocktails, and a menu combining comfort food favorites with the sophistication of an afternoon teatime, Ada’s establishment was an instant hit.

After just a year in business with her first original concept, another major career opportunity presented itself. Short North developers Wood Companies, impressed with Ada’s work with Asterisk, approached her with an o er to develop a dining concept for a then-unbuilt structure on High Street.

“Living in Westerville and having my businesses in Westerville, coming down to the Short North was exciting and fun,” says Ada. “This is where the big dogs are. I never thought I’d be good enough to be down here, let alone be asked to come down here.”

With a relatively young restaurant to run, Ada was reluctant to expand her operations. After seeing the potential space while it was still under construction and considering the implications of having her own place in the Short North, she eventually agreed to take on another new restaurant concept—but at the time, had no idea what that concept would be.

Tackling her third restaurant in a decade, Ada employed the patient and thoughtful approach that had previously served her well. Another dream, another year of thorough research—this time with the help of Chef Joshua Cook, an industry veteran and Ada’s general manager at Asterisk. Together, the pair drew from the cultural influences of her father’s native Guam, where a sizable Japanese population has made ramen a common staple.

Their course decided, Ada and Cook set out to experience the best ramen they could find to fuel their creativity in this new venture: Ampersand Asian Supper Club. Their journey to discover new flavors and techniques took the pair across the rapidly expanding Central Ohio ramen scene and beyond.

“My passion started at Momofuku in New York city, David Chang’s Restaurant,” says Cook on the influence of the boisterous celebrity chef and ramen connoisseur whose career and restaurant have greatly impacted his own. “I’ve followed him my whole career. To finally get there and see this humble, beautiful restaurant where they’re just throwing noodles out like there’s no tomorrow—I was blown away.”

Since Ampersand’s opening in June of 2019, it’s reasonable to expect that the restaurant’s craft-made, highly-inventive takes on ramen would win the approval of Cook’s culinary hero. Its opening also represents another incredible leap forward in Ada’s already impressive list of accomplishments as a restaurateur and business owner.

Like Asterisk, Ampersand’s interior combines Ada’s eclectic design sensibilities with an atmosphere that is at once welcoming and sophisticated. Meanwhile, a hodgepodge of antique artwork—much of which is ostensibly Asian in theme—consumes an entire wall within the space. This playful mingling of the old and new, the traditional and the wildly original, is the perfect metaphor for Ampersand’s menu.

“I love the traditional, but to me, I look at it like, how can I do this better? How can there be a more high-end ramen, where you’re still trying trying to stick to tradition, but also pushing the envelope and putting your own twist on it?” says Cook of his work at Ampersand.

Nowhere is this philosophy more evident than in Ampersand’s Shio ramen. With almost-black squid ink noodles swimming in a fish and chicken-based broth, the Shio comes topped with—among other things— Ohio-grown bok choy and corn, katsuobushi, and a number of tender, char-grilled octopus.

For diners who prefer their meal free of succulently-cooked cephalopods, Ampersand features a number of vegetarian and vegan options that exhibit the same thoughtfulness and originality as their carnist counterparts. The playfully-titled vegetarian ramen bowl “Fungus Among Us” swaps out meat-based broths for earthy, locally- grown shrooms, and packs a mean punch of umami. To fully veg out, the Vegan Donbury Rice Bowl with marinated tofu, edamame, avocado, and other Asian-inspired garden favorites is a must-try.

Like sister establishment Asterisk, Ampersand’s first-rate cocktails are creative and expertly crafted. With names like “The Shogun”—a concoction of shochu, pickled plums, and a melon habanero shrub—or “The Last Samurai,” which combines lapsang-infused Cazadores blanco, dill, and an agave gastrique, these drinks offer surprising takes on the familiar flavors of Asia.

With Ampersand, Ada hopes she’s created an establishment that will become an object of obsession. For a young entrepreneur whose rise has been nothing less than meteoric, contagious passion is a key part of the recipe for success.

“I just want it to be a ramen place where you want to keep coming back, where you crave it when you’re at home,” she says of her creation, the latest piece in what seems to be a small but steadily-growing restaurant empire.