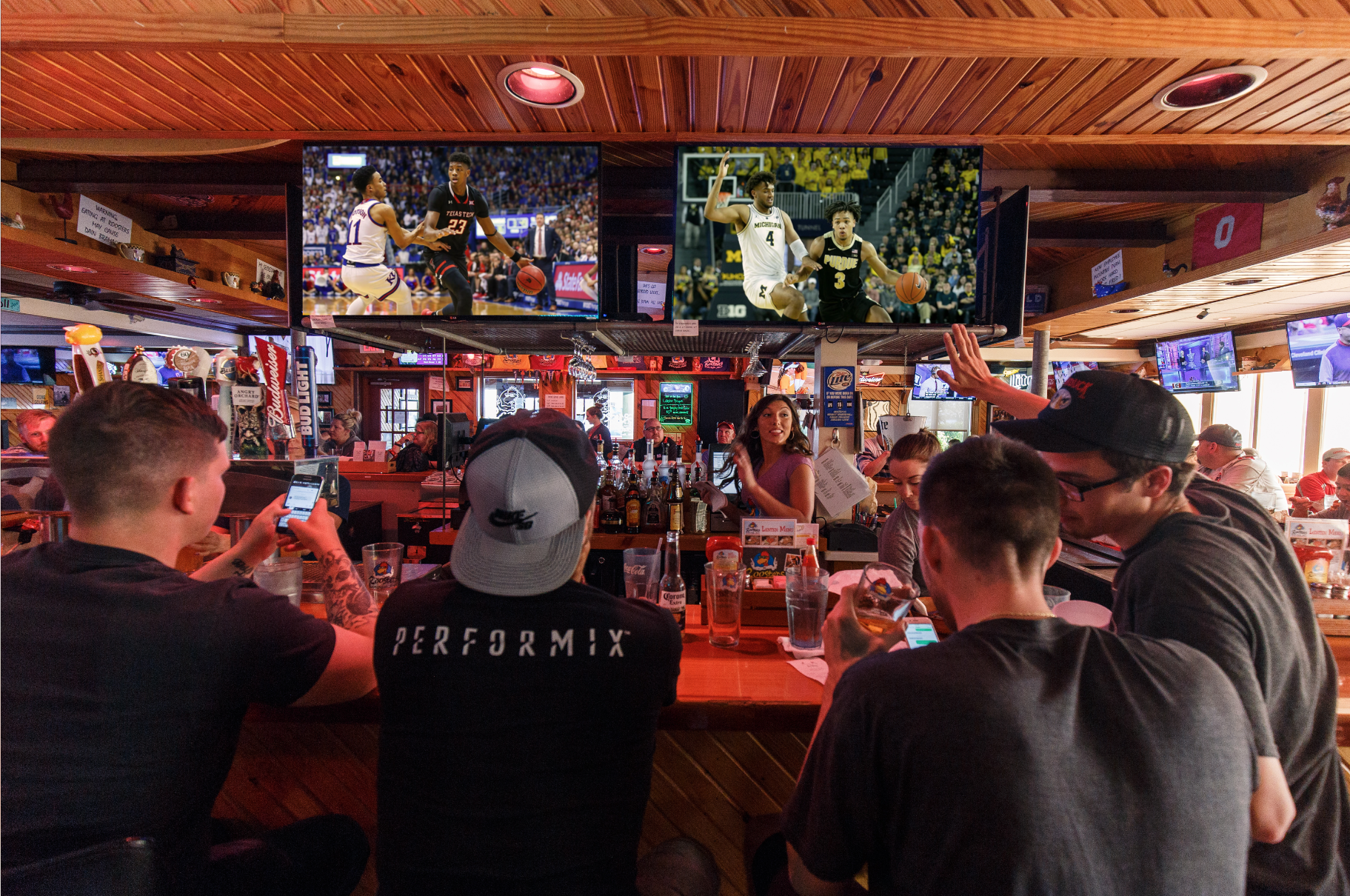 When it comes to finding a bar to call my March Madness headquarters, I won’t hesitate to say that I’m selective. I spent three years working in a Buffalo Wild Wings, also known as the corporate pinnacle of March Madness, so I have some unwritten rules that must be met.

The bar has to have plenty of TVs.

At any given time must be upwards of four games televised during the tournament and I’ll be damned if I miss a single tip-off. This is like Christmas, but better, and there’s no time to waste.

I need food—preferably large amounts of snack food—but the cheaper the better.

I need to be able to be a fan.

A cozy and quiet bar might be great for any other time of the month, but during March Madness, if I can’t cheer, be excited, or high five and/or trash talk the stranger next to me, I want to be somewhere else. ‘Tis the season, and I’m just spreading the joy.

Avoid the expensive adventure to B-Dubs. There’s plenty of great options in the city that offer everything you’re after, and I already did the legwork to finding a method to all this madness. (You’re welcome.)

Best time to go: Early games when students are in class/hungover on the weekend

Brave the forest of Natty Light cans and JUUL fumes on your way to campus and you’ll find your March Madness oasis at Chumley’s. There’s almost as many beers on tap here as there are teams in the tournament, and a basket of six traditional wings will only run you $5.50.

It’s March Madness so I’m sure you have your excuses to leave work already crafted. Once you escape the office, Bar Louie runs happy hour from 4 p.m. to 9 p.m. which means $3.25 draft beers and half-off on select flatbreads and appetizers.

Local Cantina might not be thought of as your “typical” sports
bar, but hear me out: self-serve chips and salsa. Do I even need
to say more?

Gresso’s is all about a laid-back environment, and with the high stress of watching your bracket crumble game-by-game, it might not be a bad idea to kick back here. Gresso’s menu keeps it simple, and if you’re willing to pay a little more (about $14), you can try the sampler platter with three pierogies, two mozzarella sticks, five wings, and pork “waffle waffle” fries so you can safely get one decision right.

Best time to go: Early games to beat the rush

Rooster’s is no secret to anyone when it comes to being a great sports bar (just check out Columbest results year-in and year-out), but it might be the best spot when it comes to March Madness. From the $5.99 for five wings to the elusive affordable mozzarella sticks at just $4.99, you can chow down while sipping on 22 oz. domestic draft beers for $2.75 from 11 a.m. to 7 p.m. on Saturdays and Sundays.