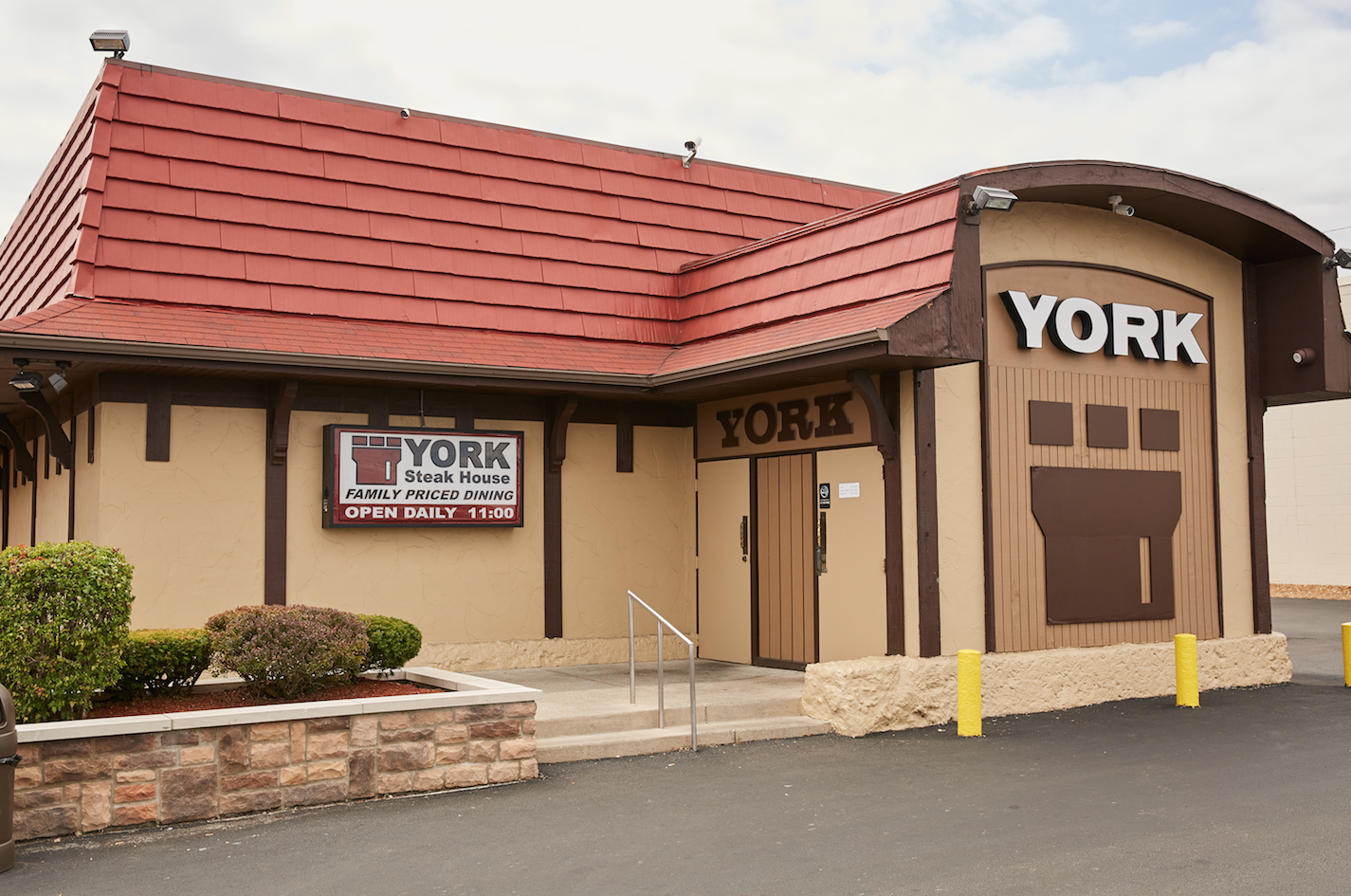 Columbus is famous for a lot of culinary firsts, but rarely one of the last.

York Steak House was once the prototype for red meat with a regal motif. While the rest of the restaurant industry was trying to sell commodity steak cafeteria-style with strained western metaphors, York was quietly building a kingdom of castle-inspired eateries.

Founded in Columbus and topping out at 200 locations nationwide, when the mall craze collapsed and tastes changed, York’s fortunes fell. But the very last one has survived and thrived for more than half a century on West Broad Street by remaining largely unchanged thanks to the steady, perhaps stubborn, strategy still championed by owner Jay Bettin, who turned an abandoned outpost of a dying empire into a nostalgic dining destination.

“What made them really successful in the 70s and ‘80s was that they were in shopping malls. Folks used to go out on Friday night, do some shopping, see a movie, and eat at York,” recalled Bettin. “We were one of only ten locations that was freestanding, so when malls started to suffer, it didn’t hit us the same way. But you could still see it coming.”

Much like the latest season of Stranger Things, there was always something dark and sinister beneath the slick façade of the shopping mall. When Northland, Eastland, and Westland opened in the ‘60s, they soon sucked shoppers away from local businesses. Then when City Center opened downtown just as the mall phenomenon was fading, there was a retail reckoning for the once bustling suburban satellites.

“We were originally part of a buyout. A guy was buying 25 York locations and planned to turn them into Bonanza franchises. I was general manager here and asked him if he would sell me just this one and he could keep the rest,” Bettin explained. “But then Ponderosa bought Bonanza and his deal fell through. Suddenly, mine was the only one left.”

Jay Bettin isn’t trying to give Jeff Ruby a run for his money, even with an enviable head start. Nor is he chasing the latest trends. You won’t find free wifi or a convoluted allergen-friendly menu. There isn’t a rack of fixed-gear bicycles or hipsters taking pictures of their food as it grows cold, either. Point of fact, the last time I was there for lunch, I was the only one among more than 40 patrons shamefully pecking on a smartphone.

“Even though we were a chain, we always ran it like a local business. We know our regulars by name, and they often know each other,” Bettin noted. “We went back to what made York great in the beginning — quality food and quick service in a clean restaurant. We kept it simple.”

Simple is a deceptive understatement. Bettin reconsidered every item on the menu and element of the experience, from ingredients to presentation. The location was among the first Yorks to add a salad bar, to fend off competitors who had already done the same. And by salad, he means “salad,” not some bloated buffet with heat lamps and entrees that have been out there for hours.

“We don’t claim to have the biggest salad bar in Columbus, but I guarantee everything on it is cut fresh here and isn’t pre-chopped and poured out of a bag,” he revealed. ”Most family-priced steakhouses were focusing more on the buffet than their dinner. It’s hard to do both well.”

York Steak House started as a family restaurant that became a family business. Bettin credits his wife with subtle updates to the interior that still preserve the original aesthetic. Their three kids grew up in the restaurant, and all worked there. Their daughter still puts in a few hours a week despite a career elsewhere. Then there’s Jon Bettin, who works side-by-side with his father, poised to continue the York legacy.

“People come here for the atmosphere, because it brings back childhood memories. When my son Jon was about five, we used to come in the morning and he’d ride his scooter around the dining room,” Bettin recalled. “He’s kind enough to let me feel like I still know everything and I’m in charge. But he’s also smart enough to know he can change things that need to be changed. We share that understanding.”

Sirloin tips are still the number one seller. Even without adding mushrooms or grilled onions, they beat any backyard steak and are surely superior to a few more famous lets at twice the price. And with chicken, seafood, and pasta also on the menu, you could eat at York several times a week, and many do. There aren’t many restaurants where you can walk in with a group of eight people and get seated immediately, much less order in minutes and be out the door again in an hour.

“I don’t have the overhead of a corporate office. It keeps our prices low. My clientele is a little older and I’m obviously not going after the bar crowd.” he chided. “Our meat isn’t marinated or over-seasoned and all of our steaks are cooked to order. For the money, you’re never going to find a better steak.”

Bettin’s early experience working in a bakery also shows in the dessert options. While the industry average suggests about five percent of patrons order dessert, York consistently finds closer to a third of its customers like to grab a slice at the beginning of the line, instead of ordering it at the end of the meal like most restaurants.

“Our peanut butter chocolate cream pie is one of our best,” Bettin admitted. “The fudge cake has been a standard from the start, but now we bake it in house. It’s even better than it was 40 years ago.”

Hollywood Casino gave the business a little boost when things were starting to slow down. Bettin credits name recognition and nostalgia, but he’s also amused that folks come from far and wide to drop a few hundred bucks down the block, but still stop by York. The license plates in his parking lot reveal cars from neighboring states, but also from Texas to Florida, Missouri to Massachusetts.

“Our parking lot is in the back, so folks are sometimes surprised we’re still open. People tell us they planned their vacation route to come here. It’s humbling that folks will go that far out of their way to eat at our restaurant,” Bettin confessed. “We’ve always been a destination. When people leave their homes, they know they’re going to York Steak House. But now, we don’t always know just how far they traveled to get here.”

York Steak House is located at 4220 W Broad, and is also the only location to ever have a website: york-steakhouse.com.