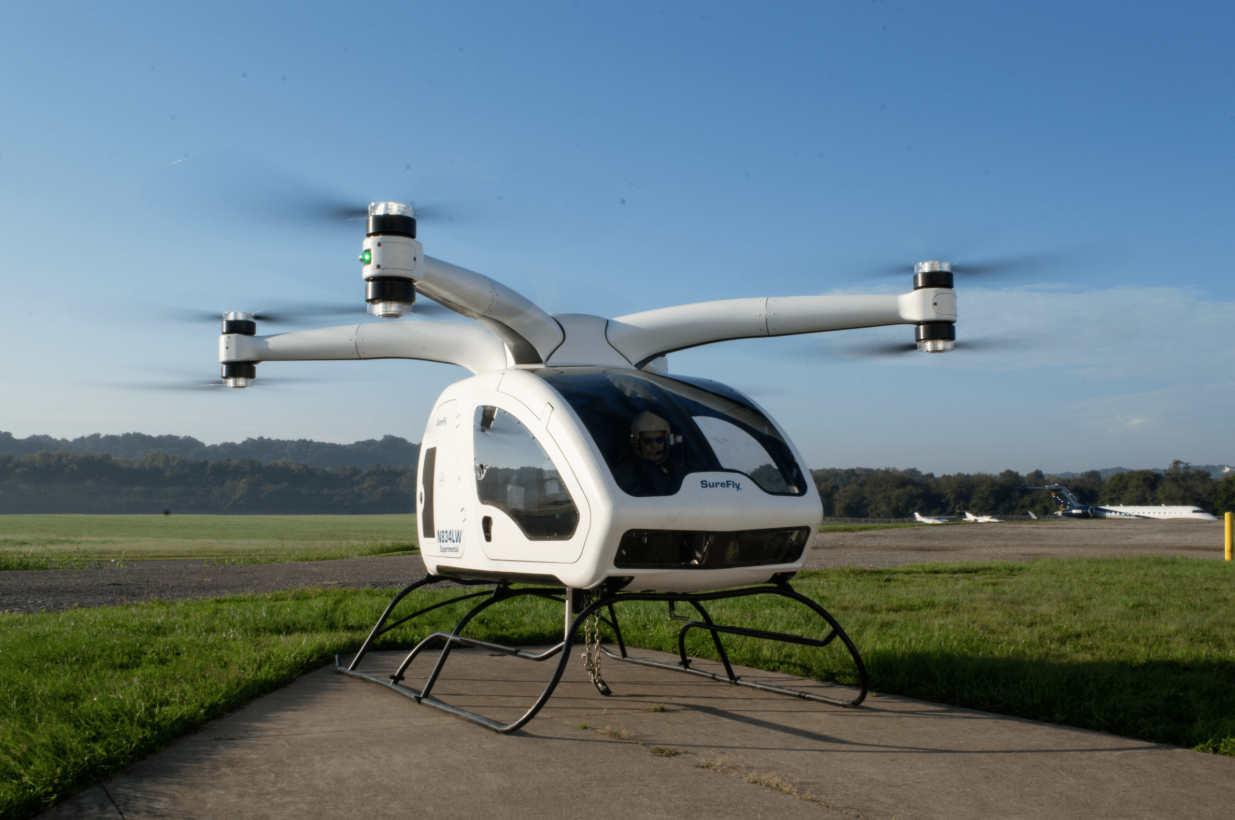 From the newly unveiled SmartLane to self-driving shuttles, Columbus is a leader in forward-thinking transit options. Now, it seems a local startup is poised to take your daily commute into the next century—and into the skies!

According to a report from CNBC, Columbus-based company the Workhorse Group showed off its SureFly Octocopter—a drone-like vehicle with room for two passengers—at the North American International Auto Show in Detroit earlier this week.

CNBC reports that functional prototypes of the craft are already taking flight as the Workhorse Group pursues certification approval from the Federal Aviation Administration.

Built almost entirely out of carbon fiber, the autonomous SureFly resembles popular commercial drones already on the market, only much larger. The man-sized drone is powered by a combination of electric motors, diesel, and/or jet fuel.

The Workhorse Group expects production of its vehicles to begin in less than two years and is already taking deposits. When available for sale, the craft is expected to cost around $200,000. For more information, visit the official Surefly website.