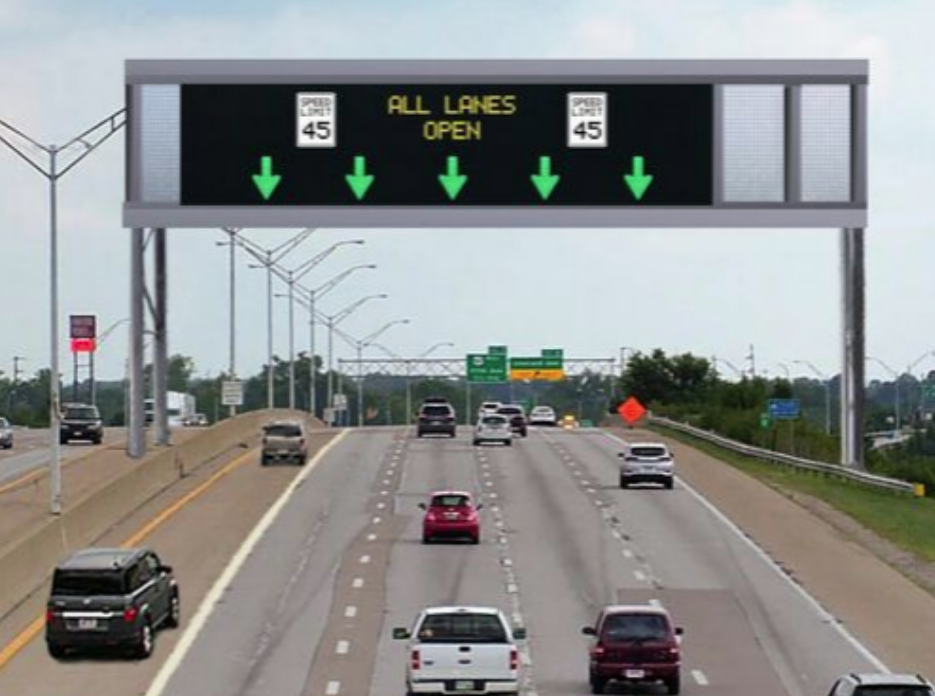 Notice anything different on your I-670 and/or I-270 commute lately? Could be the nine 600-square-foot, 110,000-pound digital signs towering over the freeway.

These signs display information about the first ever Ohio SmartLane.

The I-670 “SmartLane” is the left shoulder that will be open when traffic slows to a crawl. It begins just east of I-71 in downtown Columbus and extends to I-270 on the East Side.

The SmartLane will be closed most of the time, indicated by a red X. But when traffic dips below 50 mph, The Dispatch reports traffic monitors will send signals to the overhead signs to open the SmartLane. When open, the speed limit is 45 mph.

“It might sound counter-intuitive, but studies have shown traveling at slower speeds actually keeps traffic moving better because it avoids the ‘stop and go’ conditions which can cause more accidents,” said ODOT Director Jerry Wray. “Ultimately, we believe the combination of the extra travel lane and the reduced speed limits will allow for a more reliable commute for travelers along that route.”

ODOT has installed more than 30 traffic cameras to monitor the lane for any obstructions, reports The Dispatch. The right shoulder of I-670 will be free for disabled vehicles to use.

The $61 million project is officially complete. Visit ODOT.com for more information on the project and the new traffic patterns.