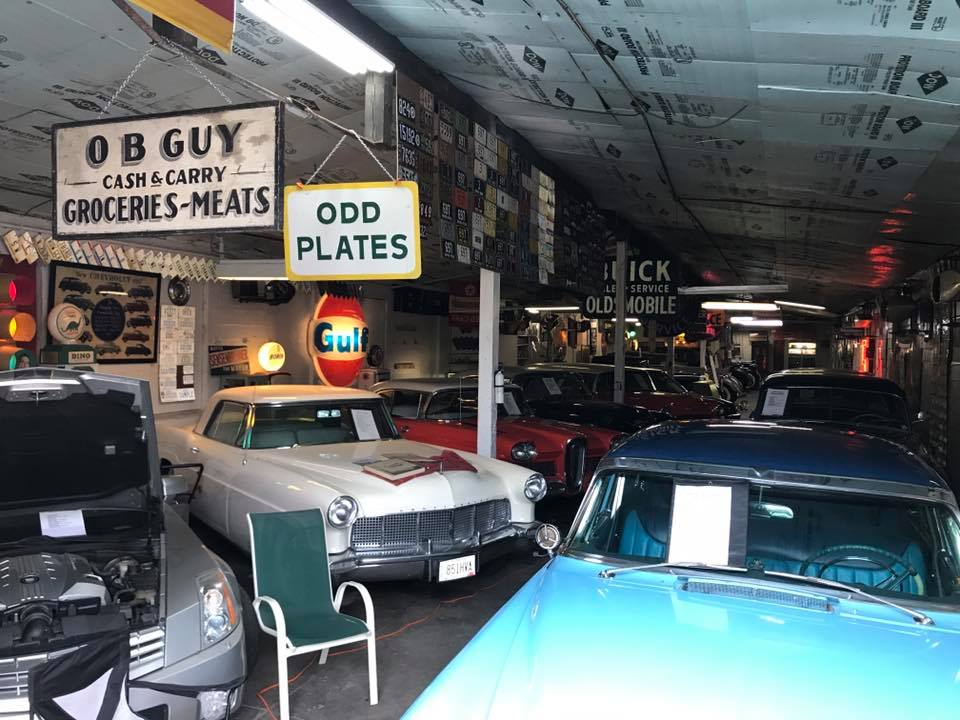 Sick of TV? Sick of cooking? Sick of being cooped up in your house all the time? Cabin fever has reached an all-time high.

Ohio winters are enough to drive you crazy. Get ahead of the lunacy by venturing out on a little road trip to 6 unique attractions right here in Columbus! 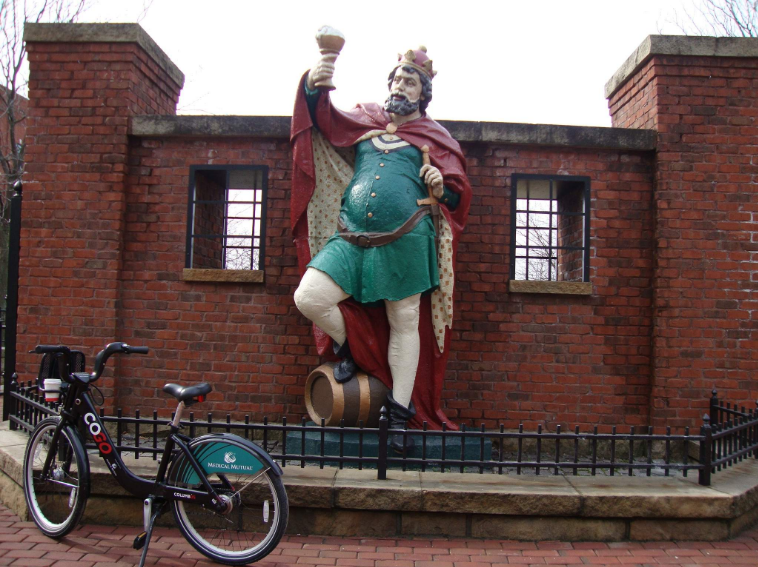 The drunken royalty was hoisted above the entrance of the August Wagner Brewery at 605 S Front Street for many years. August Wagner was a native of Bavaria and chose to use Gambrinus as his mascot because it pays homage to an old Bavarian king. After the brewery closed in the 1970s, the building was demolished but the king was preserved.

Did you know since last summer, the No. 1 attraction in Columbus on TripAdvisor is the Wagner-Hagans Auto Museum? Thanks, Columbus Alive. This unassuming spot on the south side is one of Columbus’ best hidden gems! 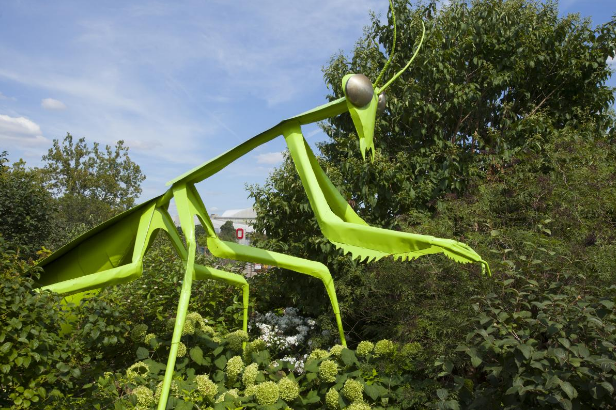 Standing at an intimidating 15′ tall, Annabelle can be found at the corner of Olentangy River Road and Woody Hayes Drive. 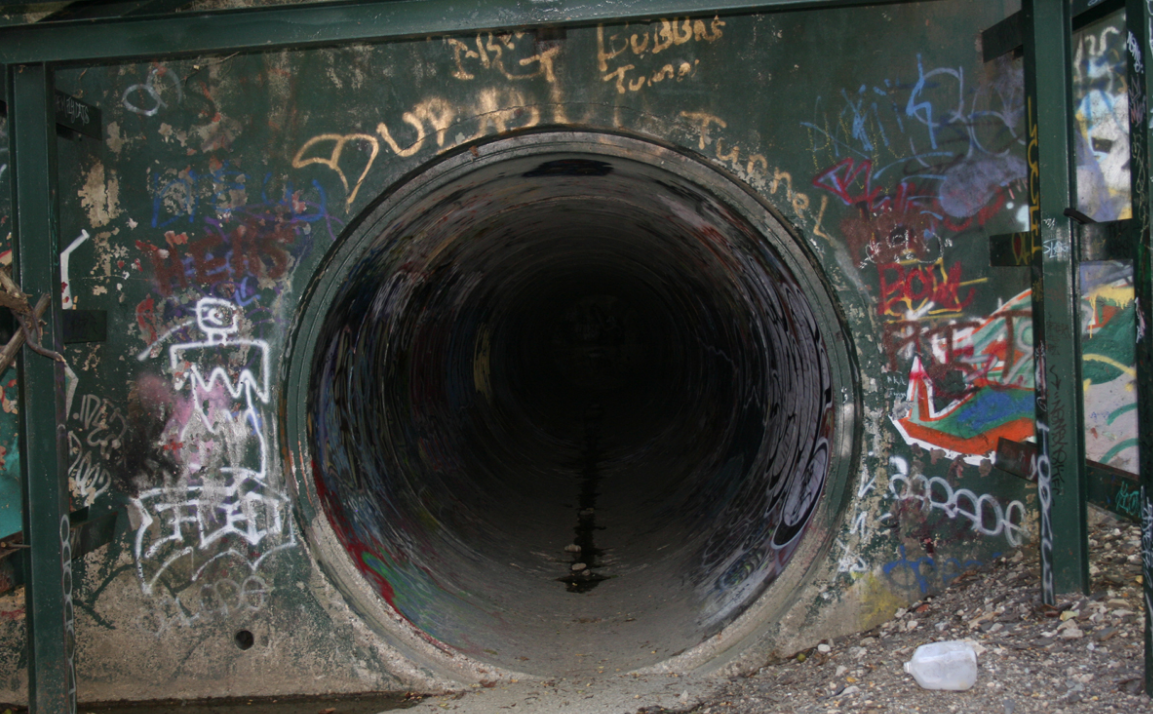 The Gates of Hell is a legendary drainage tunnel beneath High Street in Clintonville. The big graffitied mouth leads to two gates that angle in. It’s said that these gates open up to willing skateboarders who dare ride through the tunnel. Jury’s still out on that one but it’s a neat, creepy spot to check out nonetheless.

This field of corn cobs has a dual purpose; pay homage to the farmer who once labored over the land and also remind residents and passersby of Dublin’s rich agricultural history. Plus, everyone’s got a soft spot for a super obscure roadside attraction to make all your social media follows wonder, “Where the hell are you?”

This is our only exception to the height rule of roadside attractions. But parents are always looking for ways to get their children to realize how good they have it and what better way to cultivate gratitude than a museum full of ancient TVs? They’ll really appreciate their iPhones once you get back to the van.

Want to get away? Southwest making it cheap

Southwest Airlines is hoping that enough of you are close to feeling safe to leave the house for more than a trip to the grocery store. In a bid to jumpstart their flagging business, Southwest has announced some pretty steep ticket discounts - as low as $49 each way to a host of cities departing from Columbus.

Flights must be booked at least 14 days in advance and travel must happen between May 26 and August 31. Most expect Ohio's 14-day travel quarantine rule to expire by August but be sure to take that into account if you decide to hop on a plane.

Some of the cities and deals we have imagined for you include:

A long weekend in Atlanta: $118 per person roundtrip from Friday, Aug 14 - Sunday the 16th. Keep in mind, it's about 100 degrees in ATL this time of year so be sure to have access to a body of water if you go.

A patriotic, weekend protest in Washington DC: $98 per person roundtrip, 4th of July weekend. See the sights (if they're open to the public) and stand somewhere with a sign with whatever outrage you have in mind.

A long 4th of July beach weekend in Ft. Lauderdale: $198 per person roundtrip from July 3-6 and you can stay at this cute Airbnb apartment that's just one block from the beach for $88/night.

Vegas baby! You're going to have to forget the weekends if you want the great flight deal. But we found August 5-7 available for $198 a person. Plus you can get into the Bellagio for $139 /night right now as an added bonus. Two nights of debauchery, a little gambling and some of the best restaurants in America. What could go wrong?

Of course, traveling may be risky business for some people and this all assumes the respective cities and attractions re-open and are relatively safe. But if you just need to get away, it's probably never been cheaper.

It's hard to imagine a Cinco de Mayo without the traditional tequila-induced hangover. Even though you may not be able to sip those margaritas on a sunny patio or at the bar, local restaurants have figured out a way to help you celebrate at home - margaritas included. Here's the not-so-skinny on living out your tequila and enchilada-fueled dreams.

In order to bring a bit of normalcy back, we've teamed up with @hornitostequila and @daiquiri_daze_popup to open our doors back up for the day and serve a limited offering of some of the faves for Cinco de Mayo. Offerings include but are not limited to our basic-cable famous salsas and Columbus' most missed margs. A party pack for four will include a Spotify playlist and that good Cosecha pebble ice that MIGHT JUST help to make you feel like you're celebrating on our patio. Online pre-orders will start sometime tomorrow at www.toasttab.com/cosecha-cocina/v3 and go to the day of. Walk-in’s are also welcome! Stay safe Columbus. We miss you dearly. Thank you so, so much for your continued support and we'll see you on the other side. Offerings: • Margaritas - Single (Comes with Salt, Lime, and Pebble Ice) - Traditional - Hornitos Reposado, Dry Curacao, Fresh Lime, Agave $8 - Next Episode - Hornitos SIlver, Dry Curacao, Hibiscus, Habanero, Lime $8 • Chips and Salsas $4 Koki's Chips, Roasted Tomato and Mint and Tomatillo-Avocado salsas Single/Extra Salsa $2 • Sage Margarita Jell-O Shot $2 • Cinco De Mayo Pack for 4 $40 (4) Margaritas of your choice, (2) Orders Chips and Salsas, (4) Jello-O Shots, Spotify Playlist, Ice, Limes, Salt, Super Cool Cactus Decanter • Chicken Tinga Taco Kit for 2 $20 (Pre-Order Only) Chicken Braised in Mild Red Chillies, Corn Tortillas, Avocado Salsa, Pickled Red Onion

A post shared by El Vaquero Mexican Restaurant (@el_vaquero_mexican_restaurant) on May 1, 2020 at 1:41pm PDT

Why not be adventurous and try some Local Cantina classics on #tacotuesday ?? Our Hong Kong Phooey, Crunchweezy, & Farmer’s Market are guaranteed to take your taste buds for a spin. 😍🌮💕 • • • • #craftbeer #eatlocal #livelocal #drinklocal #localcantinagrandview #grandvieweats #grandviewheights #cbus #tacos

Join us for a Cinco De Mayo that will make history! 🎉 This year we are offering our $11 Cinco Su Casa Meal, free souvenir cup with a purchase of an entree, Cinco Tshirt to help those in need in our community and FREE delivery on orders over $50. We can’t wait to celebrate with you and your family! #cincodemayo #tacotuesday #cbus #cbusfoodie #cbuseats #cbusfoodbloggers #eat614 #614 #614eats #614columbus #topcolumbusrestaurants #supportsmallbusiness #supportlocal #localbusiness #local

This Cinco de Mayo will be unforgettable - make the most of it with Yabo's ToGo Packs: • Family Pack - 12 street tacos with fresh, custom toppings • Party Pack - 1 quart of our famous margarita Call your neighborhood Yabo's to pre order today!

Are you ready to celebrate Cinco de Mayo? This year our Fiesta is at your house with our 5 de Mayo Fiesta Combo 🇲🇽 You can get a combo for 2 or 4 Amigos! Each Amigo gets: • One Queso or Guacamole with fresh chips and Salsa 🧀 🥑 • Three Tacos of your choice (Shredded chicken, ground beef, or Al Pastor)🌮 • Two Lime or Flavored Margaritas We will be also dropping some 5 de Mayo T-Shirts inside some orders as a gift! But you can support our team by purchasing one for $10! *Promo available on 5/5/20 all day. Pick up only • • #eat614 #columbusfoodie #columbusfoodscene #topcolumbusrestaurants #614magazine #614eats #buckeyes #happyhour #mexicanfood #margarita #girlsnightout #tacos #guac #collegegirls #collegelife #restaurant #margarita #asseenincolumbus #college #campus #columbusfoodscene #columbusohio #osugrad #ohiostate #socialdistancing #quarantine #quarantinelife #cincodemayo #togetherasbuckeyes #osugrad

A post shared by Cazuelas Mexican Cantina (@cazuelasrestaurant) on May 4, 2020 at 6:45am PDT

With the usual slate of summer festivals and events cancelled due to the pandemic, we're going to have to get creative if we want to have any fun at all in the weeks to come. In that spirit, the team at Flanagan's Pub in Blacklick is hosting a special drive-in concert this Saturday, May 2, that offers a good time from the relative safety of your own vehicle.

Upon arrival, drivers will directed to the field north of Flanagan's parking lot. Attendants will be on hand aid with parking, and to ensure that a proper space is left between vehicles to promote social distancing. From there, servers wearing gloves and masks will deliver a single use menus to each vehicle and handle all carryout orders. Then, it's just a matter of kicking back to enjoy the show (but please take note: Flanagan's requests that all guests at this event remain in their vehicle at all times).

To aid in parking when you arrive, Flanagan's has produced this handy map:

Flanagan's is located at 3001 Reynoldsburg-New Albany Rd in Blacklick. For more information, visit Flanagan's on Facebook, or reach them by phone at (614) 855-7472.