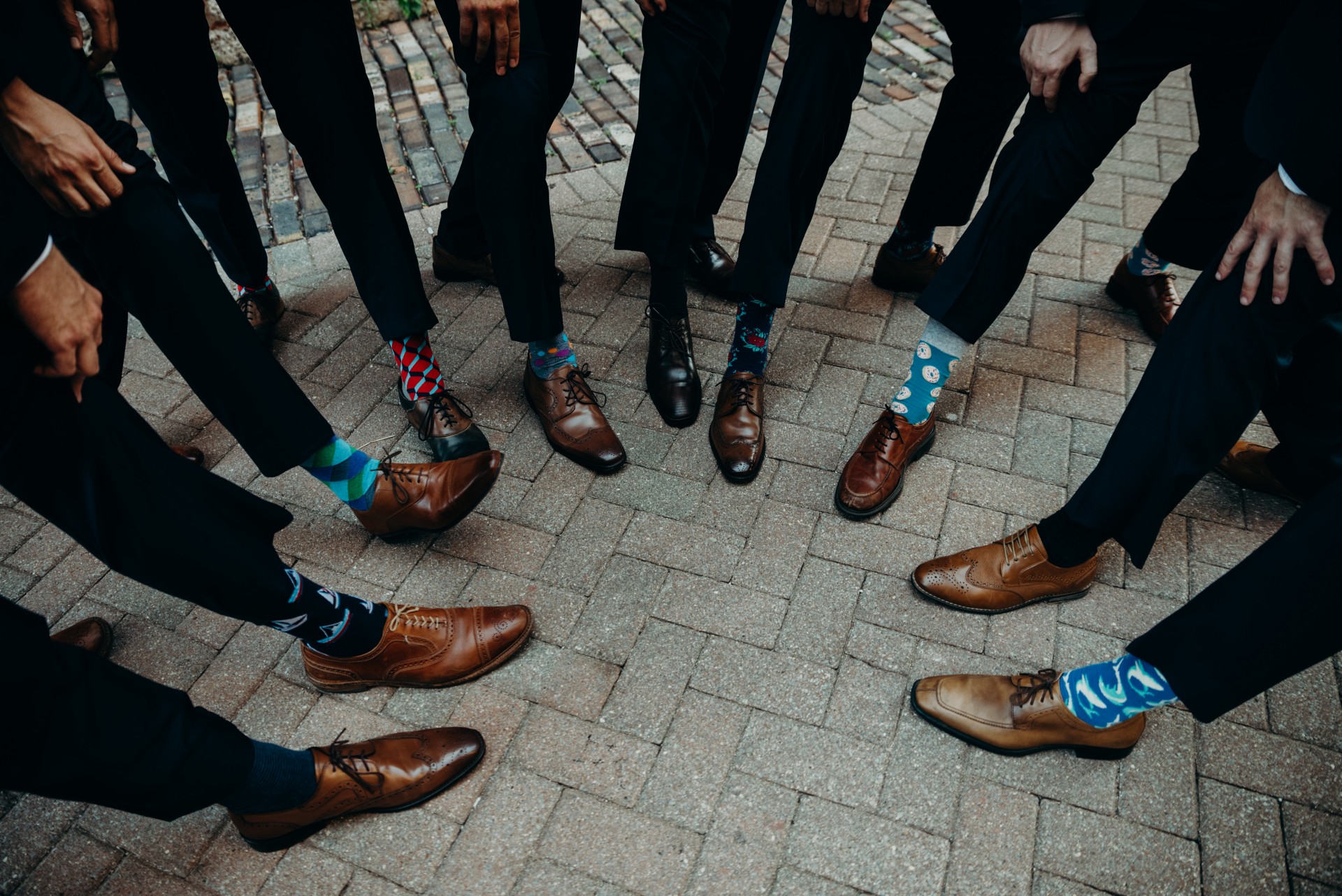 Carly and Sam Majoy met when they worked together, but remained “just friends” for five years until they came to their senses and allowed themselves to fall in love. Their ceremony was personalized by a soundtrack recorded for Sam by his dad years before. Sam’s dad passed away from ALS three years ago, but recorded music for his sons before he lost the use of his hands.

Carly and Sam were able to walk down the aisle to the sound of his music, bringing him into the ceremony with them. The sentimental mood was lightened when Sam’s brother had his girlfriend pass out hundreds of pictures of Sam’s childhood gymnastics picture to the unsuspecting guests. In life as in love, it’s all about balance.

Any standout stories from that day, or something that you’d do over every time if given the chance? It was very hot and humid on our wedding day, and the ceremony, plus one and a half hours of pictures were outside. We were both sweating profusely, but thanks to our photographer and my makeup artist, we still managed to look our best. I went back and forth over doing a first look or not, but I don’t regret the decision to traditionally walk down the aisle. The tears in Sam’s eyes and look on his face were priceless and such a special moment.

Did anything go comically wrong, or was there anything you wish you had skipped? I didn’t find out until after my wedding that many of my guests received parking tickets in the lot we prepaid for! They either didn’t read the code on the detail card or just forgot to enter it, but I guess my family was running around trying to warn everyone once they realized, but I was completely oblivious. I wish I had paid for the parking attendant! Looking back on my wedding dress disaster, it’s funny now but was terrifying at the time. Two weeks before my wedding, I got my wedding dress back and it was in shambles… I mean it looked like an 80’s prom dress. I fell in love with the dress originally at LuxRedux, and it looked completely different when I got it back from the seamstress. I cried and panicked, but in the end (and a grand later) I found a seamstress who completely saved the day. She had to unsew the entire dress and I got it back 2 days before the wedding.

Was there anything you did or had that made the big day easier?
I had a sleepover with my little sister the night before and we laughed all night. She is my best friend and even though she’s nine years younger, [she’s] like the big sister. She was at my side all day, making everything easier! We also got our hair and makeup done at Virtue Salon in Clintonville and had a great time. Getting out of the house with champagne, donuts, and my bridesmaids helped to calm my nerves.

The Big Day, in six words: The best day of our lives