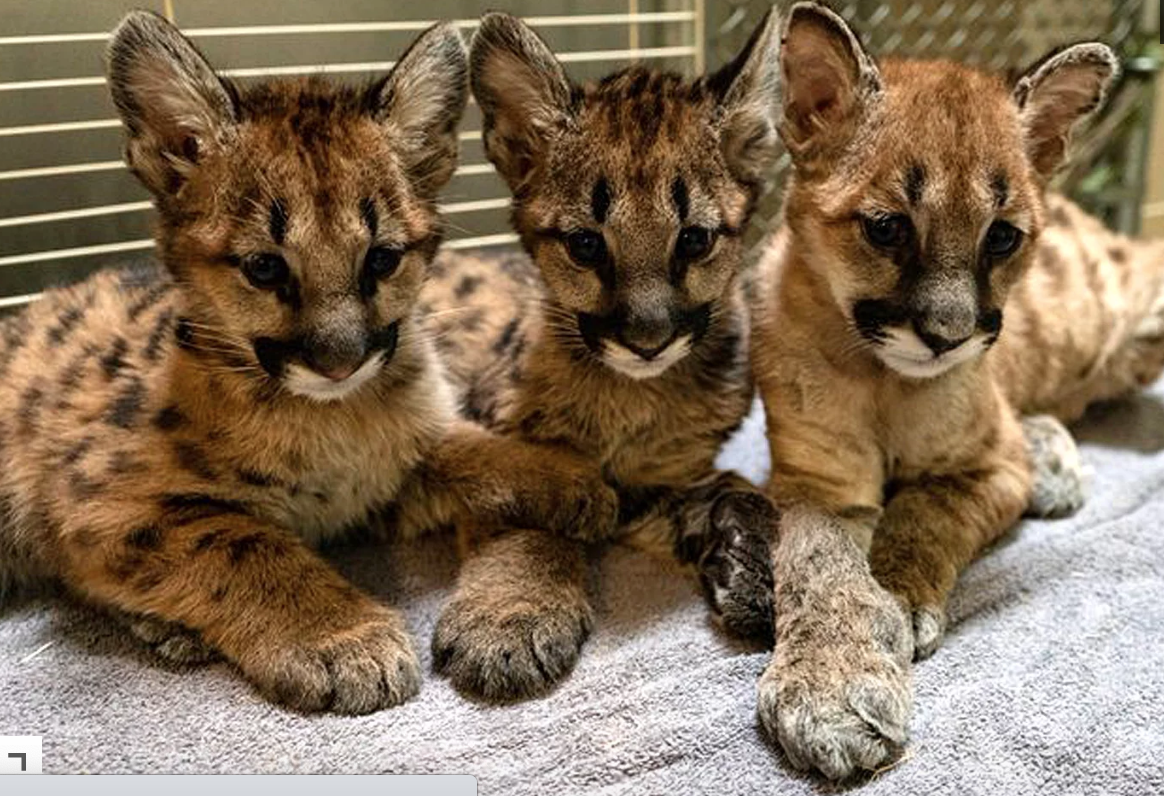 The Columbus Zoo and Aquarium is welcoming three adorable new additions to its North America region. In cooperation with the Oakland Zoo, the Columbus Zoo will take in three orphaned mountain lion cubs that were rescued from the California wildfires.

“Even with the cubs’ tragic beginning, their story is actually one of survival and hope. We are proud to work with our friends at Oakland Zoo, whose expertise has given these cubs another chance,” Tom Stalf, president and CEO of the Columbus Zoo, said in a press release.

One of the cubs, named Captain Cal by the Cal Firefighters who found him, garnered widespread media coverage as the Oakland Zoo recorded his recovery from severe burns on its blog.

The other two cubs, a pair of unrelated females, have become Cal’s adoptive sisters. Cal’s high profile and the trio’s undeniable camera-presence led many zoos to vie for a chance to foster the feline family. The Columbus Zoo was selected for its excellent standards of care and past experience in North American rescue animals, according to the press release. The Columbus Zoo will be given the honor of naming the female cubs.

Most mountain lion cubs stay with their mother, learning to hunt and survive, until they are 2-years-old, according to the press release. The eldest of the zoo’s new cubs is no older than 10-weeks, meaning they lack that training and wouldn’t be able to survive in the wild on their own.

Still, the cubs may get something of a foster mother in Jessie, the Columbus Zoo’s adult mountain lion. Although they are mostly solitary animals, Jessie is known to be sweet toward other cats, including her brother, Billy, who died earlier this year.

Wildfires are just one of the threats facing mountain lions in America. The big cats, also known as pumas, cougars, or panthers, are frequently hit by vehicles or poached, and their habitat is being destroyed by encroaching urban development.

“These cubs’ poignant faces have made an impact on so many, and helped raise awareness around the issue of global warming and the environment we–and these animals–live in,” said Dr. Alex Herman, director of Oakland Zoo’s Veterinary Hospital. “We’re fully committed to continue taking in burned wildlife that need our help, and hopefully, one day that need will no longer exist.”