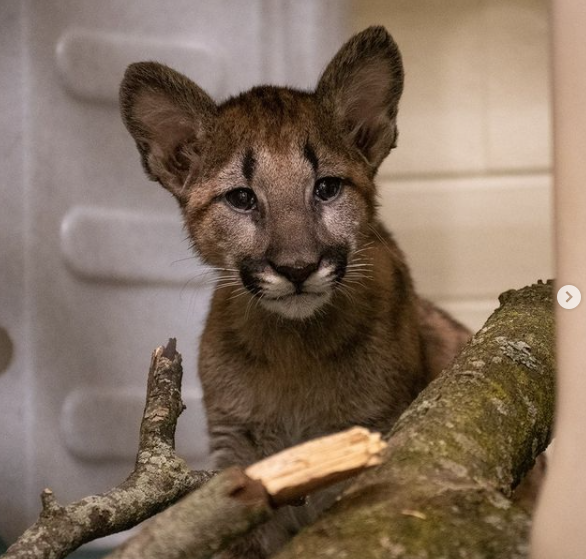 Columbus Zoo and Aquarium staff have named their newest felines.

Captain Cal and Poppy have black noses, and Goldie has a little pink nose (which is total cuteness overload if you ask me).

The cubs were rescued by California firefighters in November from the Zogg and August Complex fires and spent time recovering at Oakland Zoo’s Vet Hospital before being transported to the Columbus Zoo.

Firefighters were responsible for awarding Captain Cal his moniker, after finding him limping down a burned-out road Sept. 30 in Redding. Cal was rescued along with Goldie and Poppy, two unrelated female cubs also orphaned by the California wildfires.

Video and pictures of the cubs are going to have to tide us over for now, because it’s going to be a bit until we can see these little guys in person.

The zoo doesn’t have an exact date yet for when the public will be able to see the cubs, because they will first move to the North America region to continue to acclimate to their new environment, said Director of Communications Jen Fields.

Though for this level of adorable, we can hang in there for a little longer, right?