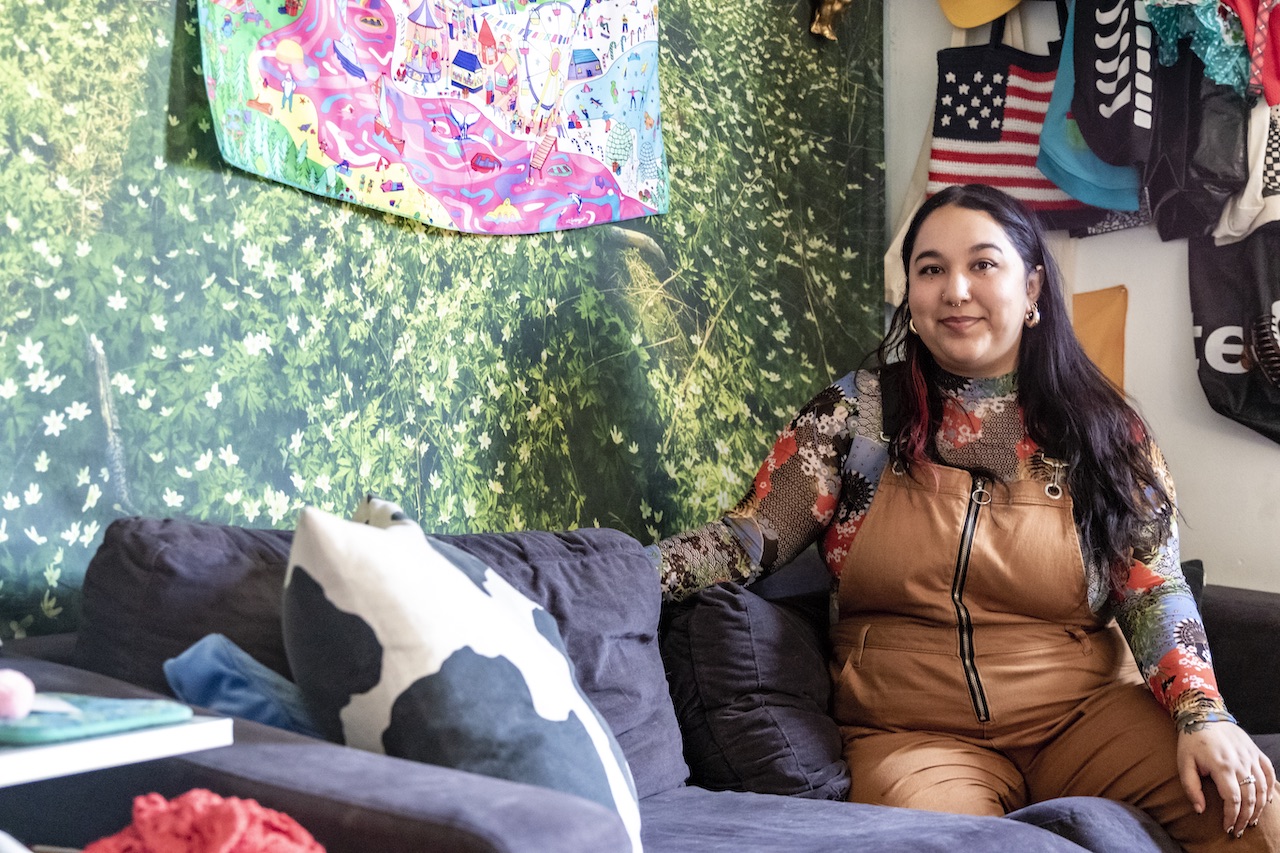 Cooks in the (Shared) Kitchen: How space-sharing is reshaping the Columbus restaurant scene

CCAD grad uses art to give voice to women of color

That’s a way to describe really any piece by Khaila Carr, whose work may remind you of early-2000s cartoon nostalgia.

Carr (AKA ‘2oothdust’ on social platforms) doesn’t just stick to one method of illustration; she’s also well-versed in eccentric animation—just ask the team behind FOX TV’s animated series Bob’s Burgers. Before graduating Columbus College of Art & Design in 2018, Carr was one of 62 artists that contributed to their “Brunchsquatch” episode, the first episode of Bob’s Burgers drawn solely by fans.

But after two post-grad years spent building her portfolio as a freelance artist, Carr in 2020 put her personal agenda aside to support community activism through art.

While Carr used her art to call attention to the inequalities that people of color face, it took her years to understand her half-Filipino identity. Born in Quezon City in the Philippines, Carr didn’t comfortably identify herself as a woman of color until attending college at the Columbus College of Art & Design, enrolled in classes concerning gender, sexuality, and race. Her mother also taught her about Filipino culture, jumpstarting her interest in a new field of art.

Inspired by Whang-od Oggay, the oldest and last living traditional Kalinga tattoo artist, Carr has been teaching herself how to tattoo.

“She inspires me because she looks a lot like my Lola (‘grandmother’ in Filipino) and relatives in the Philippines,” Carr said. “The yellow I use as my skin tone in my work is almost always directly taken from the sun and stars on the flag of the Philippines.”

While she initially began creating art as a way to cope with the world’s obstacles, now Carr is open to affirming other artists to rediscover their purpose, especially fellow women of color.

“As a young woman, there are already so many things you will learn about yourself, but what’s important is to always do what makes you feel at peace and your feelings acknowledged,” Carr said. “Sharing your work may seem scary now, being truthful in your work may seem even scarier, but you will feel a little bit of weight off of your chest in being honest and open. You are making work because you enjoy doing it, because you find some sort of release in doing so, and know that that is all the purpose and validity you need to be an artist.”