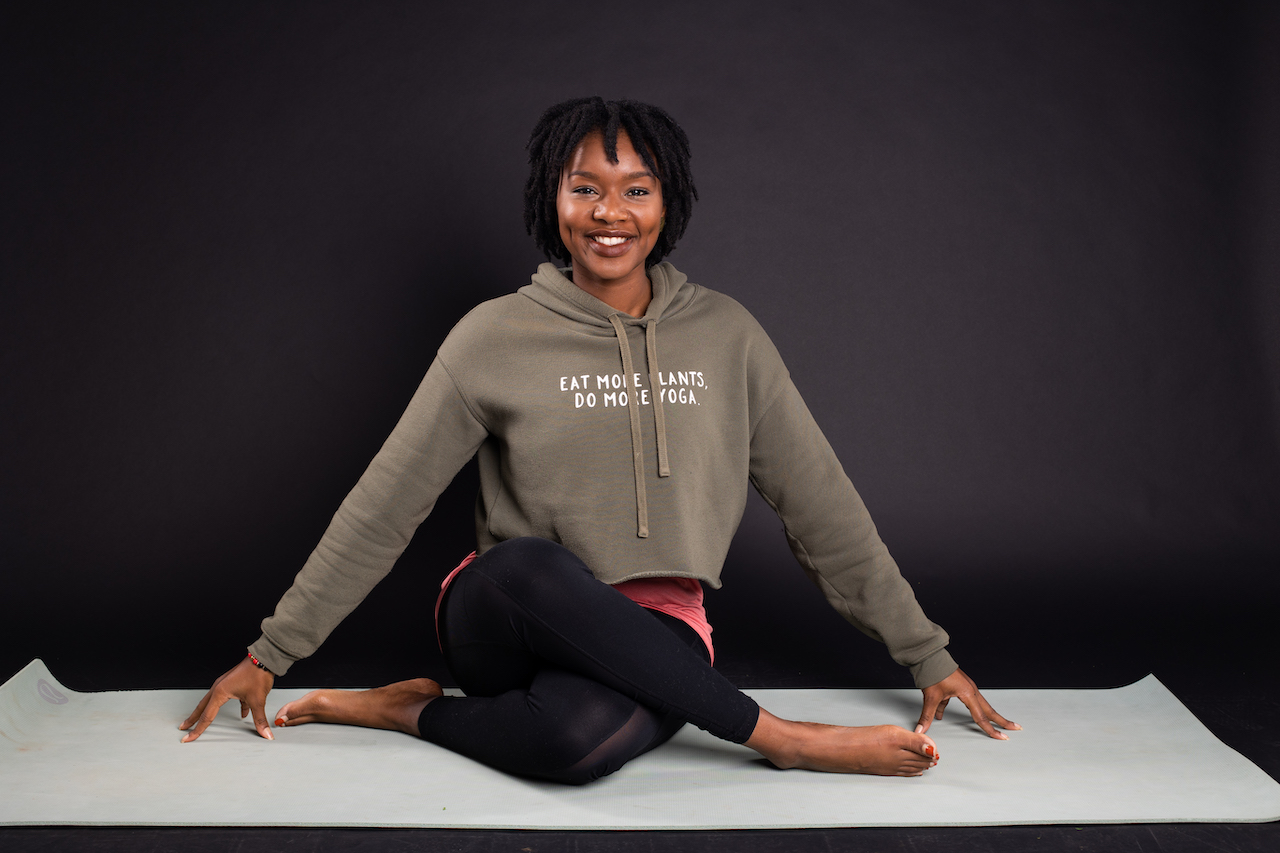 Following the viral, traumatic murder of George Floyd, Jr. at the hands of a police officer in Minneapolis, “we can’t breathe” became a resounding call to arms last summer.

Yoga and wellness practitioner Ivory Douglas Levert made it her mission to flip the narrative into a method of healing.

As the nation was divided amidst social unrest and systemic racism, Levert created “Breathing While Black,” a series of biweekly, socially-distanced yoga and meditation sessions held in the Serenity Garden of Franklin Park Conservatory. Toward the end of each class, attendees were invited to engage in savasana, a restful pose for those feeling tense during the harrowing summer.

“I wanted to start teaching yoga for communities of color, but especially Black people. Racism is not new; it didn’t just start—these issues are deeply rooted within our culture,” Levert said. “I believe we don’t get the time to pause. Historically, that’s been a very privileged thing to be able to do.”

Prior to “Breathing While Black’,” tension in America was heightened following the killings of Floyd, Ahmaud Arbery, Breonna Taylor, and others. As COVID-19 fatalities rose, Levert designed “Breathing While Black” to be a practice in which attendees could commune apart from the growing cultural turmoil.

“One of the most unique parts of yoga is the focus on the breath—something that we do every day, every minute, every second to give us life. It’s such a powerful thing; we need it to be able to live,” Levert said. “We’re experiencing vicarious trauma while watching all of these videos of Black people being murdered. I just wanted to create a space for us to intentionally focus on our breath with each other [and] a space for healing.”

Levert’s discomfort with the rapid intensity of the yoga classes she attended at gyms put her on the path that would lead to the creation of “Breathing While Black.” It was in 2018 that she discovered the Yoga Carriage at Replenish: The Spa Co-op, and her interest in restorative yoga was piqued.

“In those moments where I would go to a gym and it was predominately white, I didn’t feel that mind-body-soul connection. I was just trying to keep up; I felt really lost. I was not focusing on my breath or mindfulness at all,” Levert said. “The instructor that was teaching that day was a Black woman. Her pace was just enough to be able to focus on the breath, to really take in the poses, and the cues were right on point for me to feel it in my body and make sense of it.”

After having that same instructor teach a few women in her family for a private yoga session prior to her wedding, Levert decided to become a yoga practitioner herself. Completing training at Yoga On High in December 2019, Levert transformed her endurance and perception of herself,  finding a redirected purpose in wellness after also finishing graduate school.

Founding plant-based organization Plant the Power 614, Levert strived to amplify her message of healthful, conscientious choices within the Black community.

“Oftentimes for Black people, health is the reason for coming into plant-based living, which I think is absolutely phenomenal,” she said. “It’s also great to understand some of the other environmental issues and some of the issues related to animal advocacy that are rooted within racism, as well.”

While the first cycle of “Breathing While Black” came to a close at the end of the summer, Levert has continued to host virtual yoga classes and in-person exercise series, “Black Women in Nature.”

She has also continued to make time to act as a student, as well as a teacher.

“I hear a lot of yoga practitioners say the more they teach, the less they have their own practice. I still make sure I’m practicing at home and that I’m going to other classes where I can be a student and absorb,” she said. “Black people deserve to come home to themselves, connect with themselves and know that they can slow down and rest.”

For more of our Interview issue stories, check out Dr. Amy Acton.