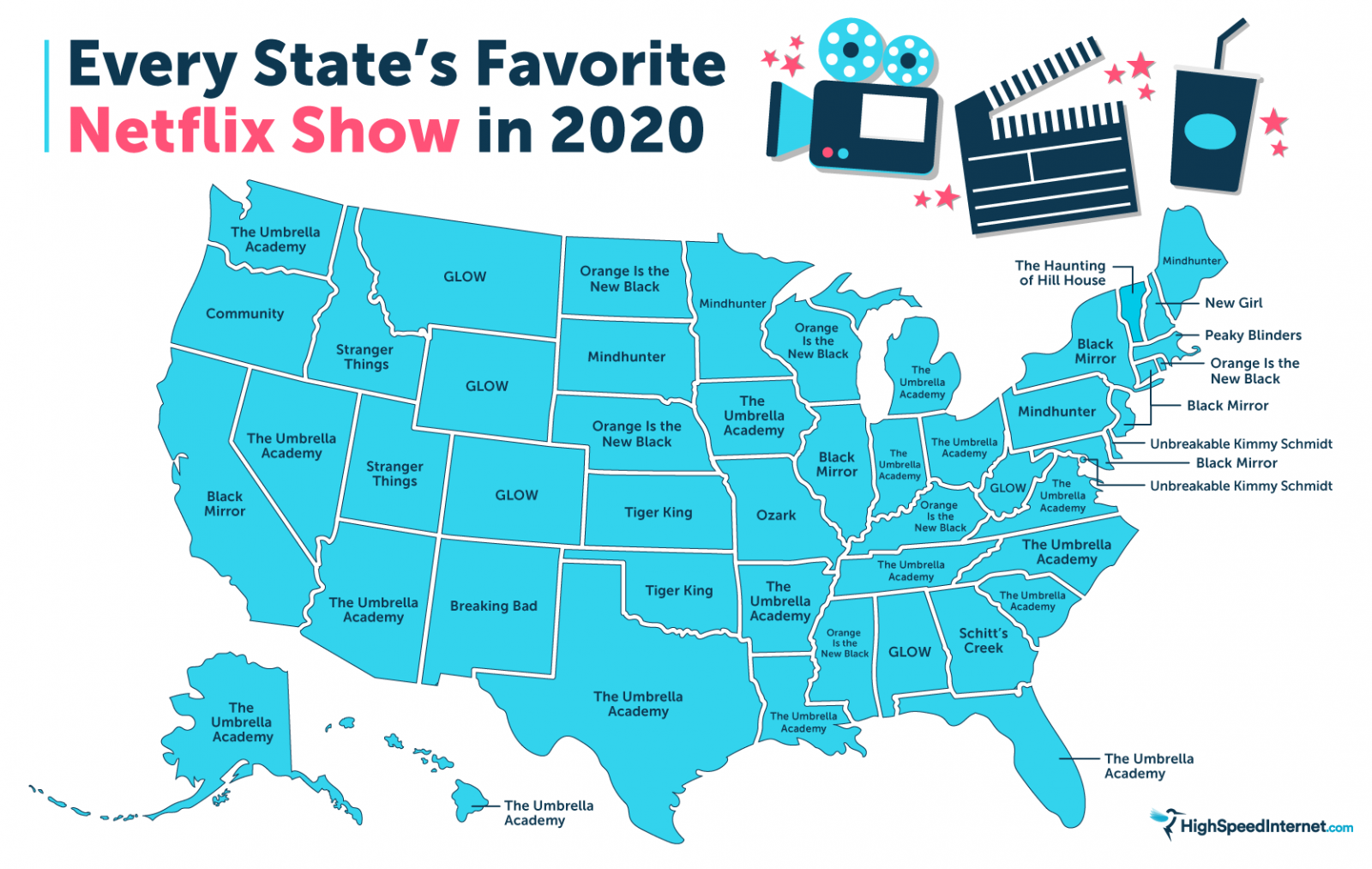 How do you feel about comic adaptations, Columbus?

“The Umbrella Academy” was our state’s top Netflix show for 2020, according to a new report from HighSpeedInternet.com that used Google Trends data to come up with their results.

Did you all watch “Umbrella Academy”? Evidently quite a bit of the country did. It was the top-searched show in 17 states. That made it the most popular show in the country for the second year in a row.

At least five states will be sorry to see Netflix’s “Glow” depart. Alabama, Colorado, Montana, West Virginia, and Wyoming all searched for the gorgeous ladies of wrestling the most this year.

And speaking of departures, while “Orange is the New Black” wrapped up for good last year, the show still has a strong following. Six states favored the prison drama this year.

Some states just had a penchant for the strange. “Tiger King,” Kansas and Oklahoma? Really?

Others across the country favored the creepy. Six states searched for “Black Mirror” the most, while Vermont was glued to “The Haunting of Hill House”. We won’t judge them if they decide to sleep with the light on, but wasn’t 2020 scary enough?

Were you a fan of any of the country’s top-searched TV series? Share your favorite show with us below.