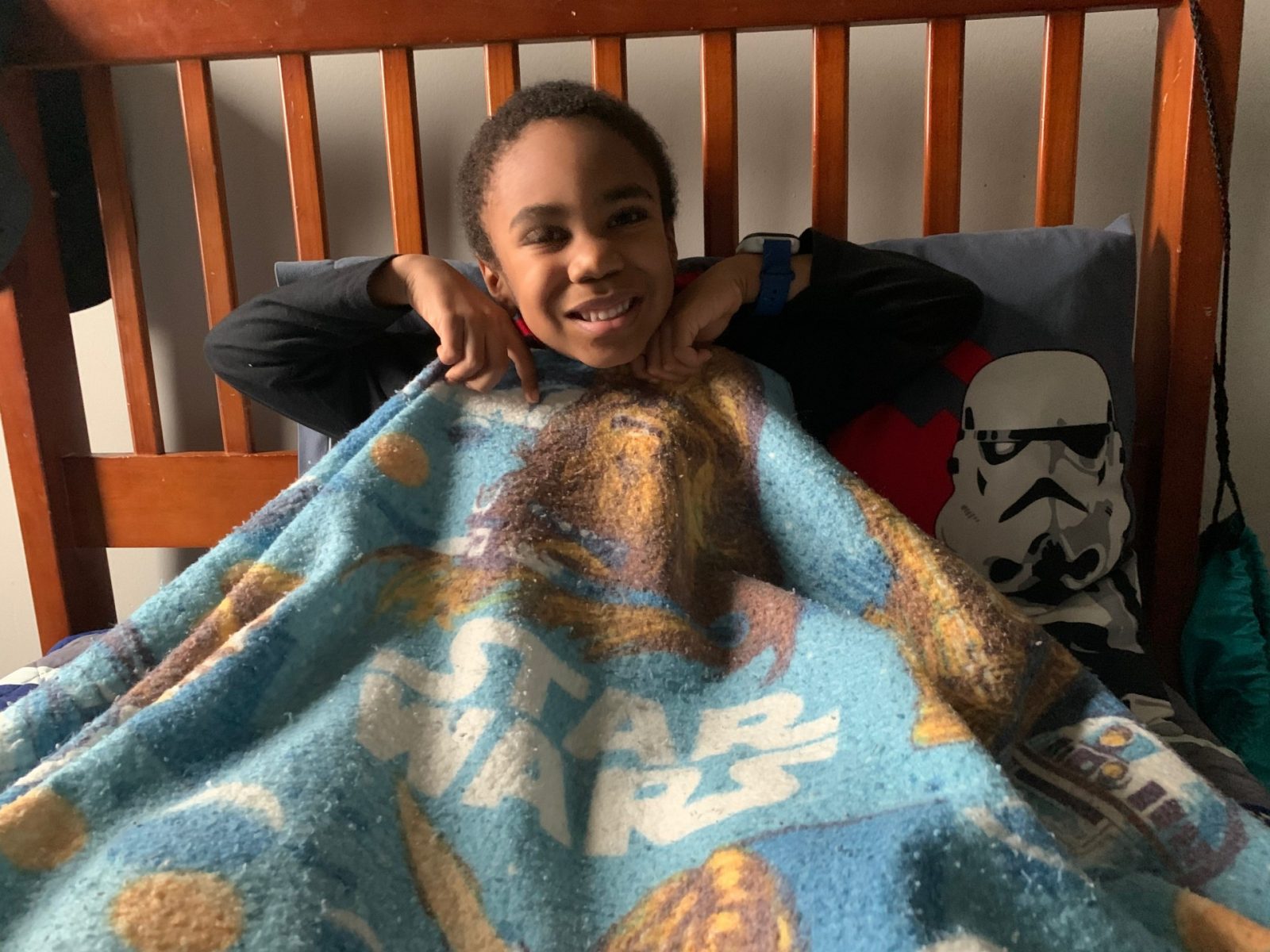 The Star Wars saga has always been in large part about families.

Consider the strange dynamic between Leia and Luke in the early trilogy, or the iconic scene where Darth Vader reveals he’s father to Skywalker at the end of The Empire Strikes Back. Even in the ways characters from unique races, planets, and even species (Chewy and Han Solo come to mind) form such iron-clad bonds: the series simply has that familial air about it.

So it makes sense that the Star Wars Saga has always been tightly wound around the family life of Columbus resident Amiyrah Martin, who was recently featured on the official Star Wars YouTube channel in its series “Our Star Wars Stories.” In the show, she talks about how the stellar series of films has changed her life—and now her children’s lives—during the pandemic.

“Growing up, my dad and I always watched sci-fi together. That was our thing, our biggest daddy-daughter bonding event until I was in my 20s,” she said. “And so when I was eight my Dad told me he thought I was ready for Star Wars, and we started right from the beginning [with A New Hope]. I remember after we watched it, I turned to him and said ‘That’s it. You’ve lost me dad. No more Dr. Who, no more Star Trek, I just want to watch Star Wars from now on.’”

Even when Martin joined the Air Force (where she served for 18 years), the movies stuck with her and allowed her to connect with other service members.

“It’s not something that many military members talk about, but it means a lot to a lot of them,” she said. “And there are a lot of parallels between the military and Star Wars.”

Amiryah and her husband, Brandon—who she bonded with over Star Wars when they started dating—now have three children of their own, and Star Wars plays perhaps an even bigger role in their family life than it did in her childhood.

From movies to TV series and even books, each of three children (Brandon, Jr., 15; Alannah, 10; and James, 6) have their own favorite movie, and each prefer a different series as well.

“We never pushed Star Wars on them, but as fans, Brandon and I watched the movies a lot and we were always talking about them, so they just organically became fans themselves,” Martin said. “Anytime we can incorporate Star Wars or go see Star Wars, we do it. I always see the films four times, and we take the kids usually about twice, or more if they want to.”

They’ve even turned a vintage Star Wars blanket (used by Brandon as a child) into a family heirloom, passed down from each child to the family’s youngest, James.

And as the Martins opt for homeschooling during the pandemic, the iconic saga has even found its way into their lessons, as it became a natural way to keep their children engaged while they’re focused on learning.

“There’s actually a lot of science and math you can pull out of the movies, and the storylines are great narratives when we want to focus on that as well,” Martin said.

They even see their children gleaning important lessons themselves from the series. When she was a child, Amiyrah felt a deep connection to Princess Leia for her strength as a female character.

“What drew me to it was the idea that there was a princess in it who didn’t need saving, that blew my mind. I watched a lot of sci-fi with my dad and the female characters can be strong, but sometimes they are very much overshadowed by the male characters’ storylines,” she said. “What I love about diving into the story of Star Wars was that she was very strong, still vulnerable, but she didn’t need help from anyone else. That’s something I connected with, even at the age of eight.”

Her daughter, Alannah, has learned many of the same ideas from modern characters.

“We don’t actually push them to learn a lesson, and that’s kind of funny, because they do automatically. She loves [the Star Wars: Clone Wars TV series] because there’s a very strong female character, Ahsoka Tano, like her. She even has an Ahsoka Tano shirt, it’s too small, but she keeps wanting to wear it,” Martin said.

So this Thanksgiving, to all of our families: May the force be with you.