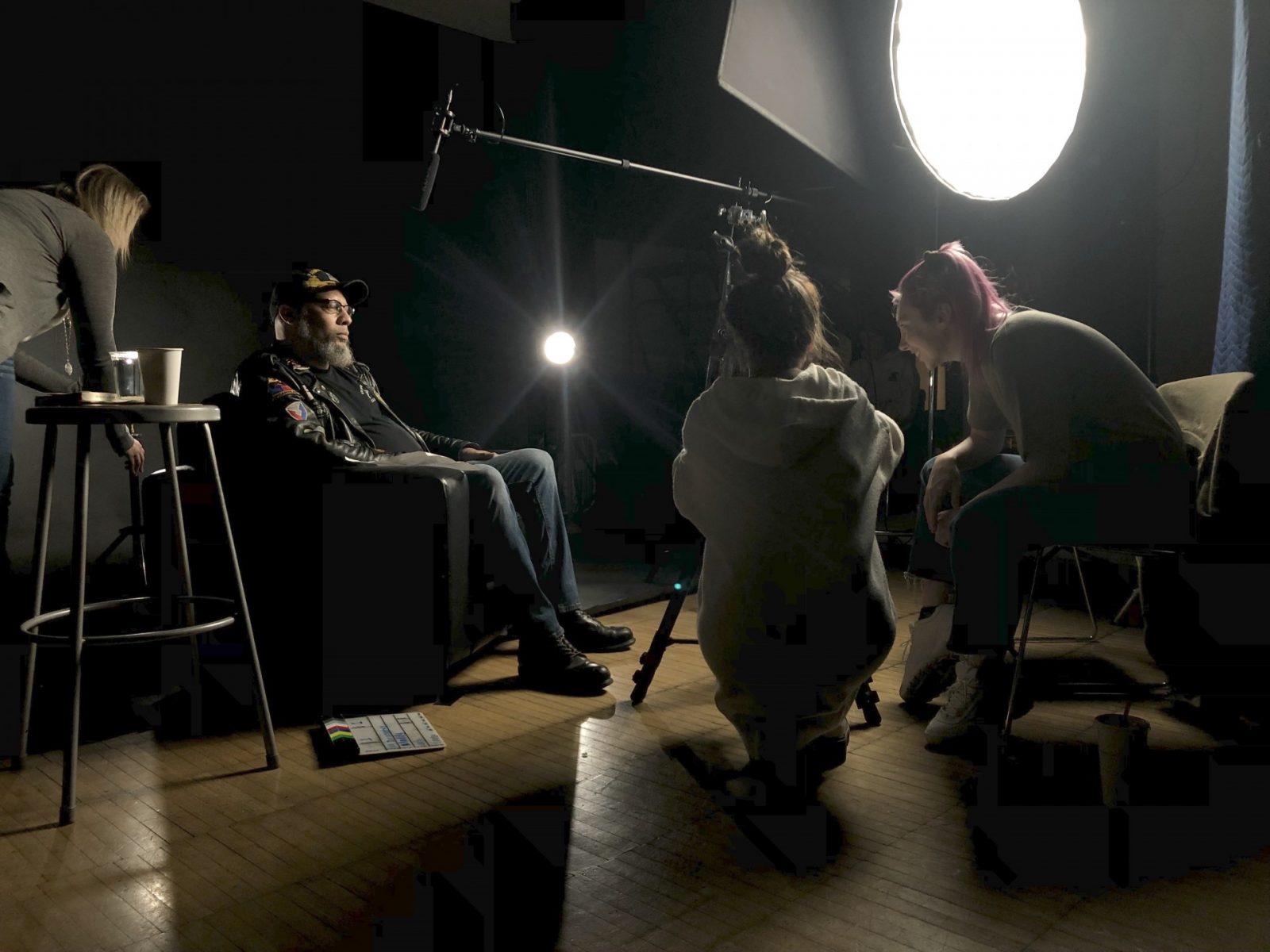 Can story-telling through art be transformative? Students at Columbus College of Art & Design (CCAD) are exploring this idea through work with Veterans. In partnership with the Veteran Arts Initiative (VAI) of the VA Central Ohio Healthcare System, this project found itself quickly turning into a documentary film, “Re-story: Transforming Veteran Stories into Art.”

The overall project, dubbed “Re-story,” gave Veterans an opportunity to retell or “re-story” aspects of their lives both in and out of the military and to reflect on how making art transforms these narratives. Sharing their story with a student also is an act of creation from which comes healing and understanding, according to VAI Program Coordinator Heather Seymour.

“Re-story allowed a unique space for intergenerational dialogue that bridges the racial, gender, and socioeconomic divides through the commonality of making art,” said Seymour. “We started with a question, ‘How can collaborative creative storytelling connect Veterans and civilians across generations?’ The answers are in the works themselves. The common thread is that no life experiences define us, we are all dynamic. We all want to be heard, understood, and this platform of storytelling is essential in a digital world.”

During the four-month-long partnership, 28 CCAD students in the documentary video, podcasting, and animation classes were paired with 21 VAI participants to share Veterans’ stories and explore how their creative efforts as artists have helped them to process their individual military experiences. In addition, Veterans’ poems from the VAI poetry workshops at the Franklin County jail were used to create short animations. The videos, podcasts, and animations were combined and edited to make the forthcoming 45-minute documentary film.

The partnership has left a lasting impact on the CCAD students involved, such as Antonio Sais. As part of his CCAD podcasting class, Sais interviewed World War II Veteran Andrew Lisko. “He is truly an amazing person who has made me look at life from a whole different perspective. Professor Lisko’s story reminds me that no matter how bad things get, the world will be okay,” said Sais.

“By engaging in this rich learning partnership with the VA, our students had the real-world experience of making a direct impact in our community,” said Nicole Monahan, Director of Corporate & Community Partnerships at CCAD. “It was powerful for them to connect with each Veteran as a fellow artist; it immediately created an understanding through which they could tell the Veteran’s story whether the student had military experience or not.”

Vivian T. Hutson, Medical Center Director of the Columbus VA added, “There is a generation of Veterans that are just beginning to tell their story. The film is a way to express the truth of their experience and to share it with fellow Veterans, their communities, and generations to come.”“Re-story: Transforming Veteran Stories into Art” kicks off the National Veterans Film Festival Presents series Nov. 13–15, 2020 during National Veterans and Military Families Month. The series continues in March 2021 and in July 2021. To learn more about the inaugural National Veterans Film Festival and the Presents series, visit veteransfilm.org.