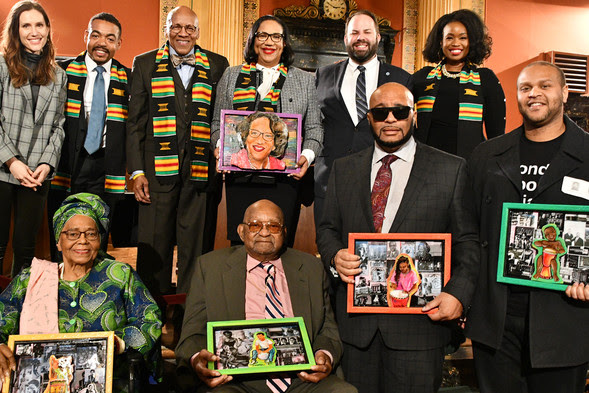 Nominations are open for the Columbus City Council James Preston Poindexter Awards, which recognize the accomplishments of those who have made significant contributions to Columbus in the areas of art, business, education, faith, and public service.

In a prepared statement, Council President Shannon G. Hardin said the awards are an opportunity to acknowledge those who laid the city’s foundation.

“We stand on their shoulders, working to build a stronger Columbus,” Hardin said. “This is an opportunity to celebrate and honor those who have uplifted our community.”

The awards are named to recognize James Preston, who in 1880 was elected as the first Black Columbus City councilmember. A political pioneer, Preston was also a clergyman, abolitionist, and civil rights activist.

Applications are open until Jan. 11. Nominees have to reside or work in Columbus, and no self-nominations will be accepted.

Community leadership and dedication in service, professional fields, and civic duties are qualities that strong nominees should possess. Those nominated should also have committed time and talent to efforts within the African-American community and be distinguished in their profession.

The Poindexter Awards will be given during the Black History Month Celebration Feb. 12.