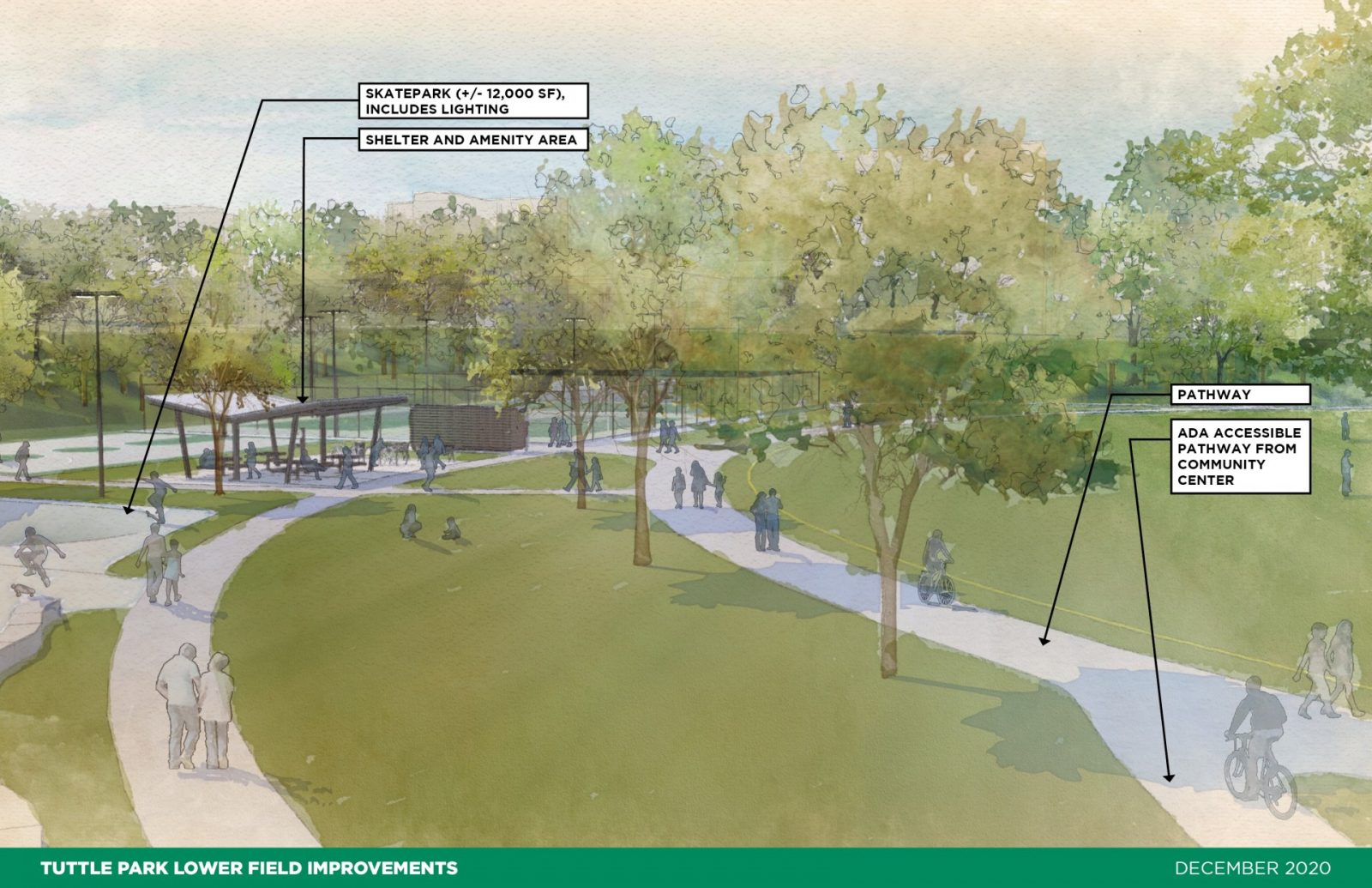 Image courtesy of the city of Columbus

The park at 240 W. Oakland Ave. is the largest open space managed by the Columbus Recreation and Parks Department in the University District, said Communications and Marketing Manager Stephanie Garling. Developed in the 1970s, its amenities are now in need of an update.

“The community drove the desire for including the skatepark,” Garling said.

The project team held a skatepark workshop Nov. 20, 2019, and the community shared a significant amount of input on what they wanted to see there, she said. That feedback was incorporated into the design, and the parks department plans to reach out again this spring for more feedback on the proposed skatepark design.

The city will add a new open shelter and additional amenities, such as a drinking fountain, benches, and bike racks, to replace the outdated and under-used existing shelter, Garling said.  Plans also include resurfacing the cracked and damaged sport courts, including the futsal court and tennis court. The basketball court will be relocated and replaced, and ADA accessibility to the park will be increased.

The skatepark and other improvements should be finished by spring 2022, Garling said.