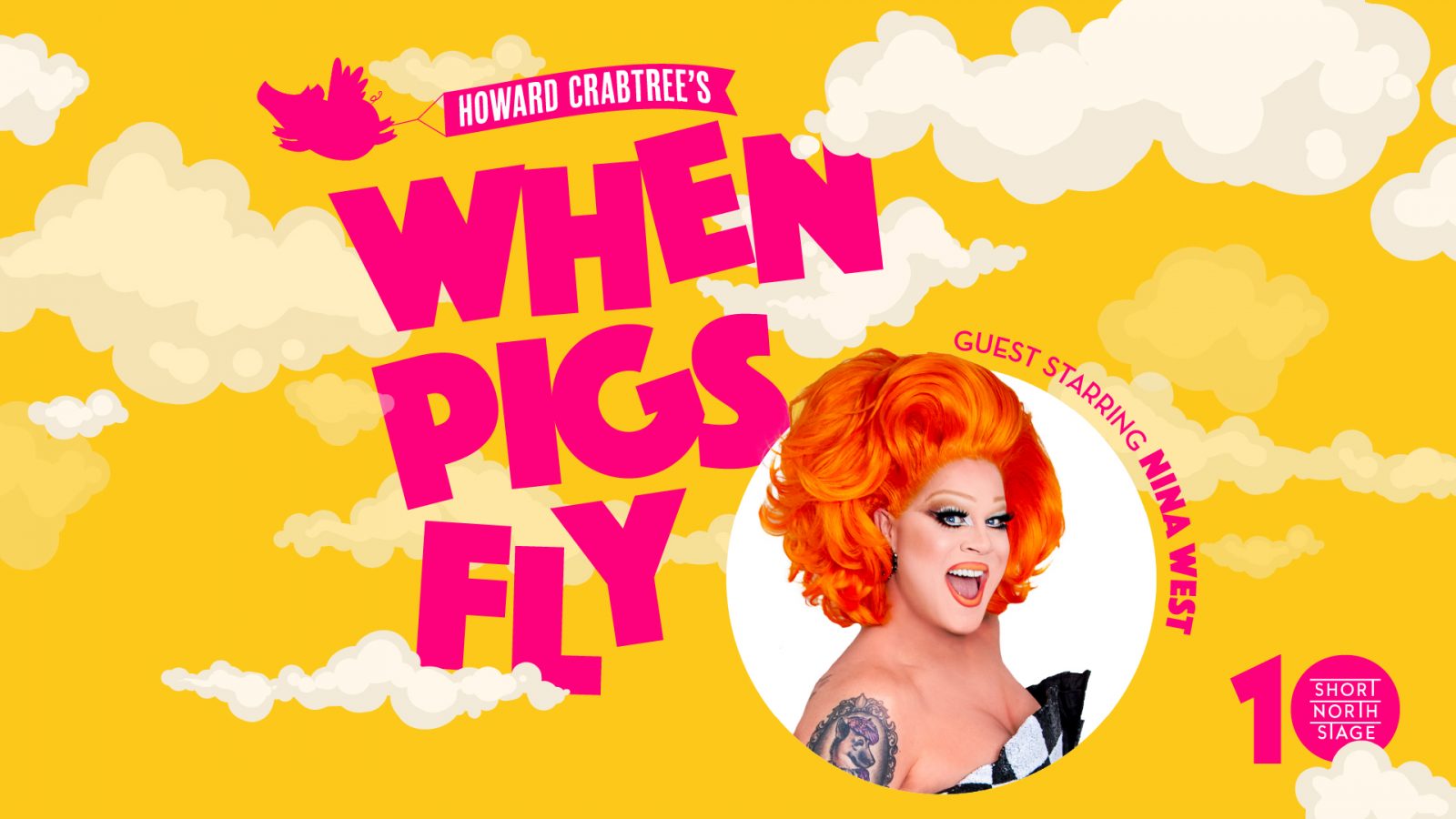 Want a rare My Chemical Romance album? Elton John? Here’s where to get them and more

Up to now the chances of seeing a musical in 2020 seemed as good as seeing…well the title of the Short North Stage’s latest production should give you a clue. But hold onto your hats because the creative minds at the professional company have another virtual show ready to entertain us.

Short North Stage will debut its latest production, “Howard Crabtree’s When Pigs Fly,” online Sept. 21-30 in a totally new online format. According to director Edward Carignan, actors will perform their parts in separate locations in front of green screens so they can be digitally inserted into one seamless production. The show will feature new musical numbers from the original writer and a guest star performance from local drag queen legend Nina West.

“When Pigs Fly” is an award-winning two-act revue, written by Mark Waldrop with music by Dick Gallagher, that first opened Off-Broadway in 1996, where it ran for two years. It follows a fictionalized version of the show’s real costume designer, Howard Crabtree, as he struggles to stage a musical while haunted by the words of his high school counselor, who told him his work would see the stage “when pigs fly.”

“Howard was a costume designer, but like a mad genius costume designer whose work really went beyond designing costumes,” Waldrop said. “He actually was like a humorist through what he did.”

An Off-Broadway revival was planned for 2017 with new costumes designed by famed fashion designer Bob Mackie, known for his costume work on The Carol Burnett Show. A shortfall in the show’s investment halted production, but a few of Mackie’s costumes will live on in the Short North Stage’s rendition.

For his updated take, Carignan pulled talent from the robust fashion and design community in Columbus for costuming, including Shiree Houf, Nathan VanDeVelde, Rebecca White, Cassidy Sarin, and Que Jones. Carignan cited Highball Halloween as proof positive that the city has the creativity to pull off such an extravagant endeavor.

“A former New York City performer myself, I stumbled upon Columbus and moved here because I just fell in love with the art scene. And I think that we need to let the rest of the country know what we’re doing,” said Carignan.

The virtual format may give him that chance. Carignan said tickets have already been bought from as far away as London to stream the show.

Waldrop said a central theme of the show is expressing oneself in spite of the challenges and naysayers. That message couldn’t be more relevant now, as Carignan and the Short North Stage embark on a journey to create a totally new kind of theater.

Carignan said the minimal set design and small cast of “When Pigs Fly” made it perfect for the constraints imposed by the Actors’ Equity Association due to COVID-19. Actors will be able to view each other’s performances on screens during rehearsal to simulate onstage interaction.

Other updates to the show come from Waldrop’s attempt to modernize its message. While he thinks the theme is timeless, he said perceptions of the LGBTQ community have drastically changed since “When Pigs Fly” debuted.

One thing that hasn’t changed is the final number, “Laughing Matters.” The song, which focuses on finding levity and humor in tough times, will be performed by Nina West.

“Not one word of that song has been changed, and it is more relevant now than it was 20 years ago,” salad Waldrop. “And most of the rest of the material on the show doesn’t really date. You know, it’s about the human condition.”

“Howard Crabtree’s When Pigs Fly” will be available for streaming on Vimeo Sept. 21-30. Tickets are $25, about half the price of a usual Short North Stage show. For an additional donation of $25 or more, special access will be granted to a Sept. 20 launch party, which includes a Q&A with Nina West, Mark Waldrop, and the cast. Tickets can be purchased on the Short North Stage’s website here.