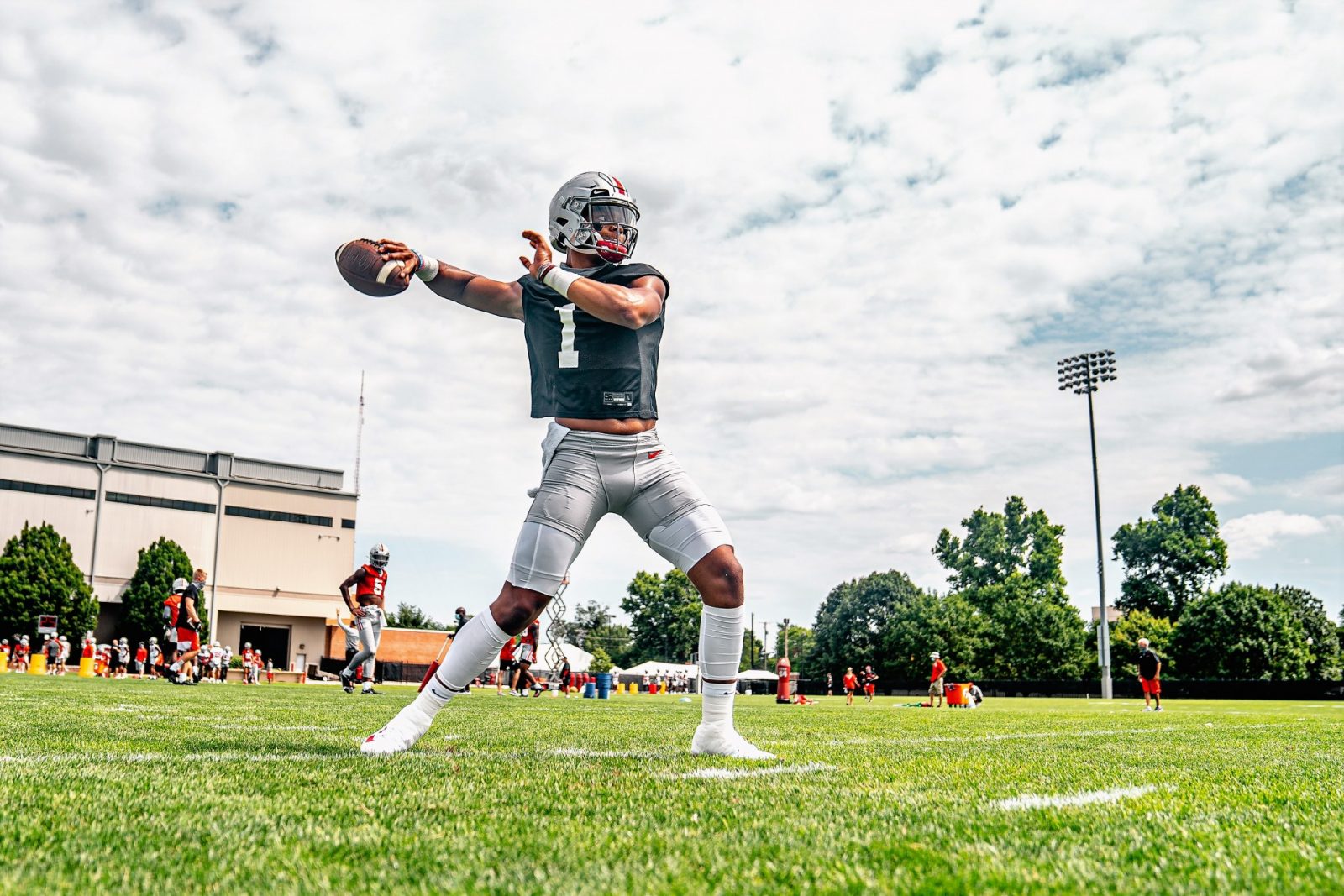 Ohio State quarterback Justin Fields has been outspoken in asking the Big Ten to reconsider postponing fall football since the league announced their response to the COVID-19 pandemic last week.

“I feel…safer at the facility, around my teammates, knowing my teammates are going to get tested twice a week, and that’s kinda the safest environment for it,” he told ESPN Radio Monday morning.

He described OSU’s medical protocols, which include mask wearing, temperature checks, and receiving a COVID-19 test every Monday and Thursday.

He has also asked others to join him in trying to get the Big Ten to reverse course, starting an online petition directed toward conference commissioner Kevin Warren, the presidents of Big Ten schools, as well as their athletic directors.

“We, the football players of the Big Ten, together with the fans and supporters of college football, request that the Big Ten Conference immediately reinstate the 2020 football season,” the petition asks.

In addition, the petition requests the Big Ten to allow players and teams to make their own decisions as to whether they wish to play or opt out of the fall season, while allowing those who do choose to opt out to do so without penalty.

By the time he went on the air with ESPN, the petition already had more than 200,000 signatures.

“I think if we’re sitting at home watching the other conferences play? That’s going to hit somewhere down deep,” Fields said.

While the PAC-12 has canceled fall football, the SEC, ACC, and Big 12 are moving ahead with plans to hold a season.

In the release announcing their postponement, the Big Ten said they are continuing to evaluate their options, including whether they can play this spring.