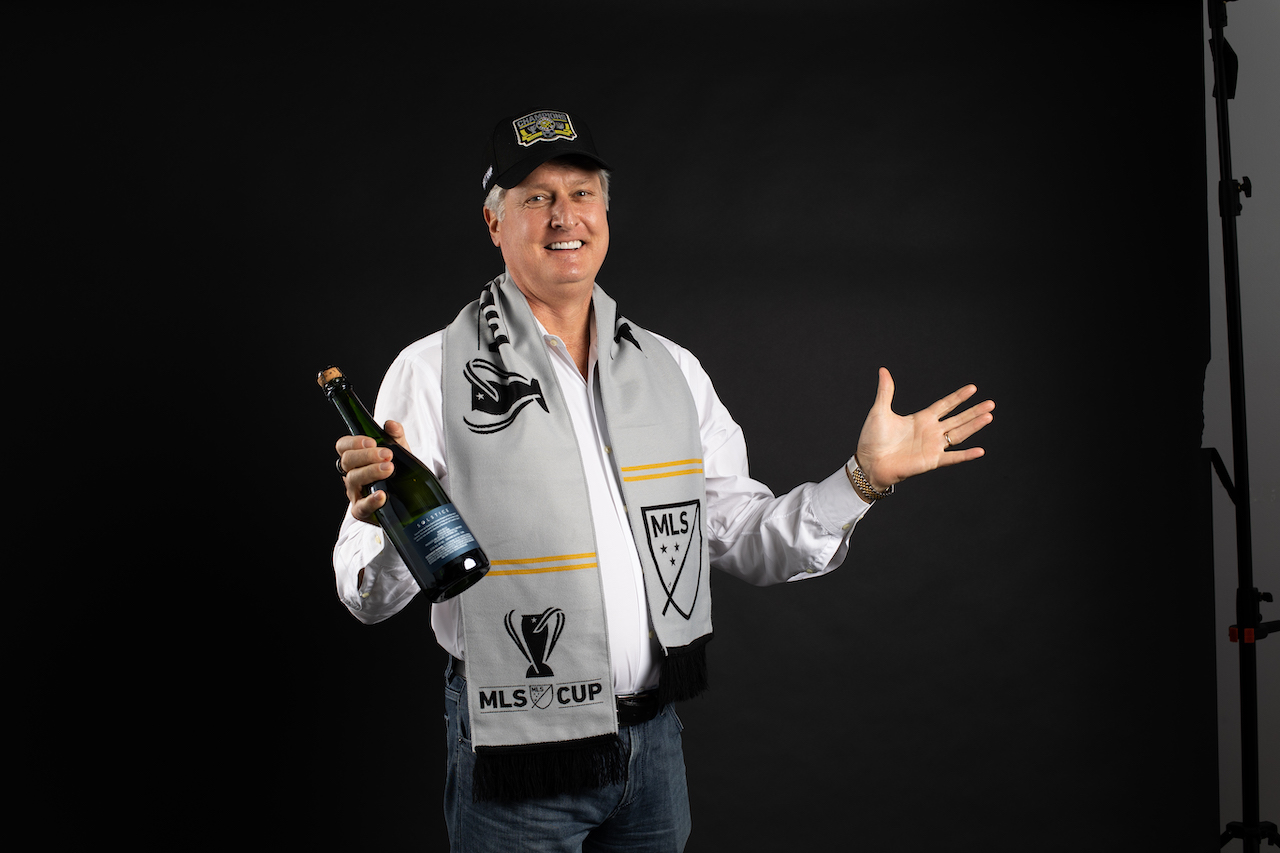 #SaveTheCrew. In 2017 and 2018, the hashtag rang out on Twitter, on Facebook, all over the media. Columbus wanted its soccer team to stay.

Team doctor Pete Edwards knew they were right; it was imperative for this team to remain in Columbus. So, along with former Cleveland Browns owner Jimmy Haslam and their families, he stepped up as one of the new Investor-Operators of the franchise.

Edwards considers his family blessed to have the Haslams as Investor-Operator partners. “They’re super smart; they’re competitive, and they understand how to run a sports franchise far more than we do. We take our lead from them. They’re great role models.

“Sport is one of the things that weaves a community together,” Edwards says now. “And so, when the discussions came up that the team was going to leave, I felt like it would leave a hole. Soccer is millennial, young, up-and-coming, and so is Columbus. It’s kind of a representation of what the city has become, and what the city will be in the future.

“Really, it just came down to doing our part. We just had to kind of ‘dot the i’ on what the community had already done.”

Two years after the ownership transition, the Crew won the MLS Cup during a year rife with challenges—its second Cup win since the team played its first game in 1996. And even beyond the pitch, Edwards has been looking at opportunities instead of setbacks, including the Crew’s new stadium under construction as well as plans for their current home.

“The transition of Mapfre Stadium to a training facility and community sports park was something we were really, really excited about. So we stayed focused on the development of the park,” he explains. “How do we create a safe place for kids to be athletically active, and tie that back into education?”

Another focus has been the ongoing Mini-Pitch project, turning under-utilized basketball and tennis courts into mini soccer pitches where children and families can gather safely.

But any community relationship is symbiotic. The Crew offers these, plus other initiatives like delivering Thanksgiving meals, participating in hospital visits, and supporting the “On Our Sleeves” campaign for children’s mental health. In return, the community provides momentum.

“We get all of our energy from our fans, our supporters, our community,” Edwards says. “How this partnership goes forward, the development at Confluence Village, new jobs, new housing—both market rate and affordable—it’s got to be mutually beneficial.”

What else does the future bring? Partnerships with local youth soccer clubs, offering resources and education. And it’s not only to grow the sport—as a practicing orthopedic surgeon, Edwards is passionate about injury prevention, particularly in soccer. “I’ve dreamed that someday, if we’re good enough at injury prevention, we can work ourselves out of a job,” he jokes.

During his first two years of ownership, he has seen a dramatic uptick in dynamics among the Crew’s staff, team, and fans. “It was such a difficult period when the team was potentially going to move,” he recalls. “That release of anxiety, the idea that our future is solid and growing, has been a wonderful thing. We’re not done yet on the pitch, and we’re definitely not done yet building the organization.

“We want to do as many things as we can for the city. Whether that’s winning championships or creating partnerships to make people healthier, we’re excited about the future.”