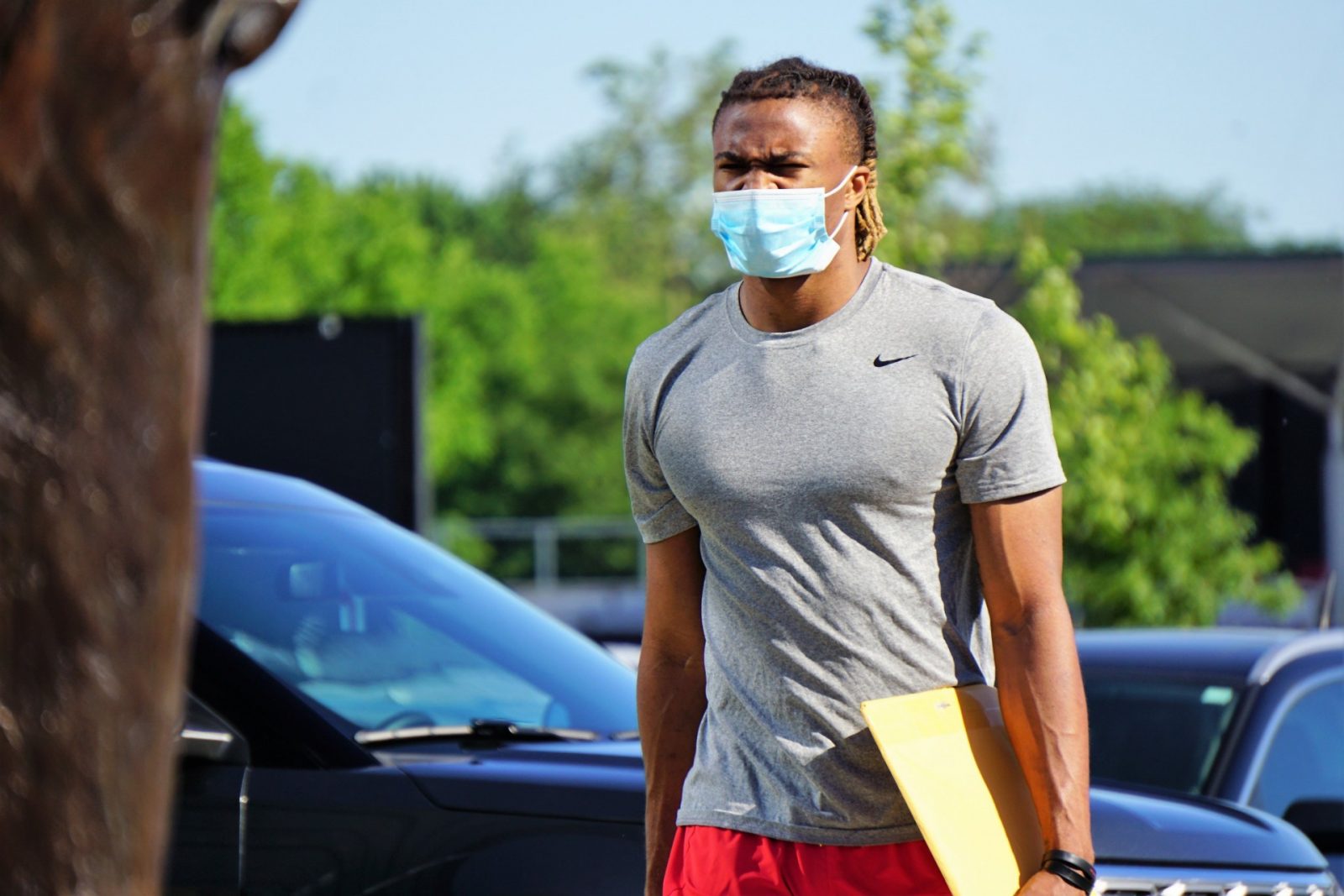 With the Big Ten now planning to play fall football, two Buckeye players who said they were intending to leave Ohio State have changed their mind.

Offensive lineman Wyatt Davis and cornerback Shaun Wade had previously announced they were turning pro. Davis was the first to reverse his decision.

Then on ESPN Thursday night, Wade indicated he would also be coming back to the team.

He explained that he simply could not allow his final moment in Scarlet and Gray to be a controversial ejection from the College Football Playoff semifinal—a 29-23 loss to Clemson.

“I can’t go out like that on that last targeting play,” Wade said. “I’ve gotta come back and do great things for the Buckeye Nation and just for my teammates. Looking forward to it, can’t wait until Oct. 23 or 24, whenever we play, I’m looking forward to it. I’m very, very excited.”

Quarterback Justin Fields reacted to his teammates’ announcements today, in a press conference saying, “I just think the brotherhood is real. With Wyatt and Shaun coming back, it just shows how much love we have for each other. Everybody on this team wants to play.”

Fields also said that he himself never really considered skipping playing this season.

Ohio State now awaits their schedule, which the Big Ten has indicated will be released in the next few days. The Buckeyes will start their 20-hour per week practice schedule on Monday, Sept. 21.