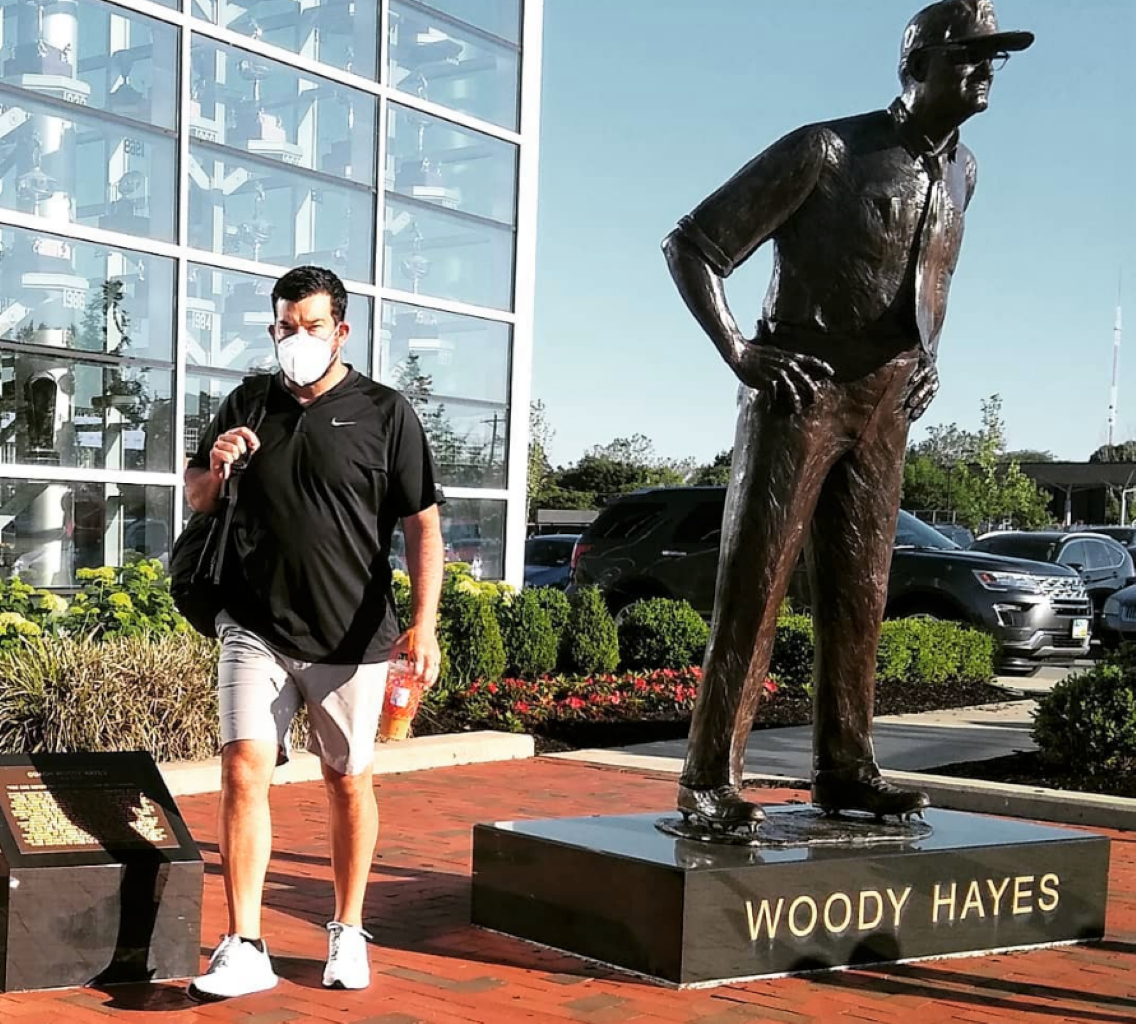 Enter your dog in our 3rd annual Cutest K-9 Contest!

This story was updated with information from today’s press conferences.

The Big Ten conference has set an Oct. 24 date for the return of football.

“Our focus with the Task Force over the last six weeks was to ensure the health and safety of our student-athletes. Our goal has always been to return to competition so all student-athletes can realize their dream of competing in the sports they love,” said Big Ten Commissioner Kevin Warren.

Wisconsin athletics director Barry Alvarez said in a press conference that they will play an eight-game regular season schedule (six games within the division and two crossover games). Then the final weekend of the season, all teams will play an additional ninth game against the correspondingly ranked team from the opposite division. The game pitting the top teams against each other will obviously be for the Big Ten title.

The move should please Ohio State head coach Ryan Day, who last week released a statement saying he couldn’t explain to his players why they were being sidelined.

“I couldn’t possibly be prouder of how this team, our medical personnel, athletic director and president have stayed together and managed through this extremely difficult time with so many unanswered questions,” he said. “The Big Ten medical subcommittee has done an excellent job of creating a safe pathway toward returning to play in mid-October.”

Although the Oct. 24 start might be a little later than Day had originally hoped for, it is possible that Big Ten squads will be eligible for the College Football Playoff. The four-team CFP field is set to be revealed on Dec. 20, and the Milwaukee Journal Sentinel reports that the league is tentatively scheduling their championship game for Dec. 19. (The league later confirmed this.)

Over the weekend, presidents and chancellors from the league’s universities heard presentations from medical researchers on the availability of rapid COVID-19 testing as well as the ability to test athletes for myocarditis—a heart condition that is sometimes a side effect of the virus.

In fact, medical protocol was a huge part of today’s announcement. The Big Ten said each team will designate a Chief Infection Officer to oversee the collection and reporting of COVID-19 testing data for the Big Ten Conference, and student-athletes, coaches, trainers, and other individuals that are on the field for all practices and games will be required to undergo daily antigen testing.

Those who test positive will then be given a more reliable polymerase chain reaction (PCR) test to confirm. That testing starts Sept. 30.

Although acknowledging that benching players for 21 days after a positive test and not scheduling a bye week for the season gives the conference very little wiggle room, Buckeye athletics director Gene Smith was optimistic about today’s developments.

“What’s beautiful is that we have a process and protocols in place that’s based on science, that’s based upon lessons learned,” he said.

The Big Ten also established benchmarks for when practices and games need to be canceled. Should a team’s positivity testing rate exceed 5%, things will be shut down.

College football kicked off three weeks ago. The Big 12, ACC, and Conference USA have all put teams on the field. No. 13 Cincinnati is one of the teams in the American Athletic Conference preparing to play this weekend.

There have also been games that have been postponed. Virginia and Virginia Tech have pushed back a contest scheduled for this Saturday, as have BYU and Army, for example.