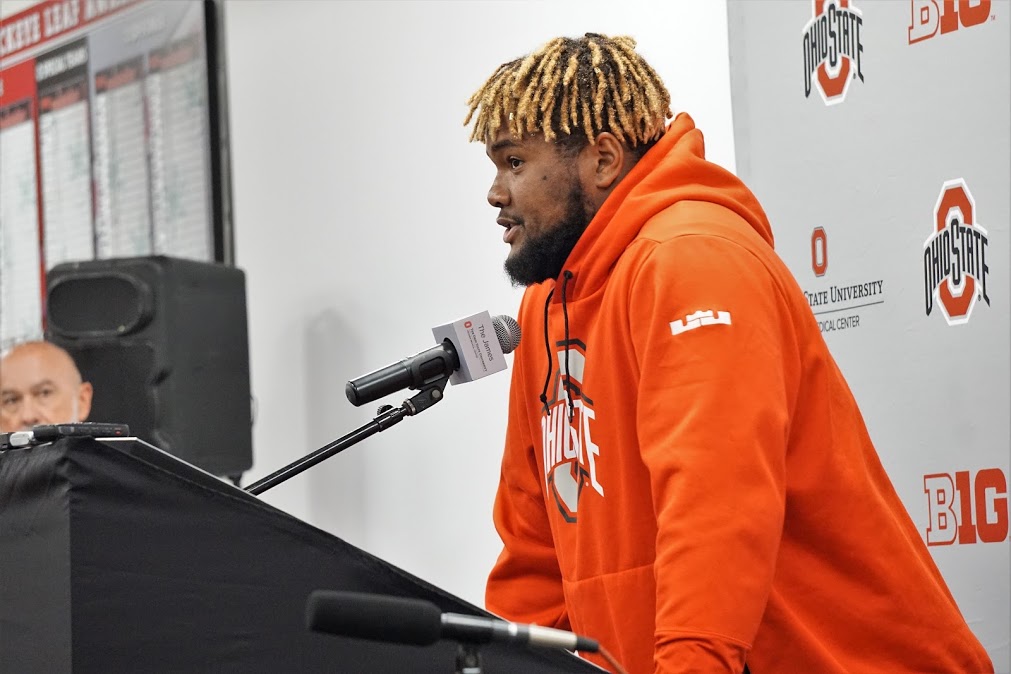 “While I understand the Big Ten Conference’s decision to postpone the fall football season because of health and safety considerations, the communication of information from the Big Ten following the decision has been disappointing and often unclear,” he said.

Day is not the only one who feels the league’s followup since their Aug. 11 announcement regarding postponement has been lacking.

“It’s been challenging, as you guys know,” Penn State coach James Franklin told ESPN Radio. “I think the big challenge as the head football coach is that your players and your parents think that you have all the answers to what’s going on, but the reality is, we’re dependent on the Big Ten to drive this thing forward. It’s been challenging. It truly has. In terms of where we’re at, I’m not really sure. I think that’s part of the problem.”

At a rally at Ohio Stadium on Aug. 29, the parents of Buckeye football players demanded transparency saying they had no clear idea what the path forward looked like.

Following that, a group of lawmakers from six states within the Big Ten footprint (Iowa, Michigan, Minnesota, Pennsylvania, Wisconsin, and Ohio) wrote to Commissioner Kevin Warren and urged him to consider kicking off football sooner rather than later.

Ohio Attorney General Dave Yost has said if the Big Ten season was canceled, he would recommend Ohio State file a lawsuit against the conference.

“It’s one thing if your university acts and your administration feels that it’s just too risky and you don’t want to play football, that’s one thing,” Yost told CBS News. “You opt out, okay? Everybody understands. But when you say, ‘not only do we want to opt out, but we want to substitute our judgment for yours and tell you that you can’t,’ that’s where the problem comes in.”

At the same time, Wisconsin athletics is taking a two-week break as a result of the COVID-19 pandemic. Penn State has similarly pushed pause on sports. And Rutgers President Jonathan Holloway gave an interview to NJ.com in which he strongly stood behind the conference’s decision to postpone.

“If I’m wrong because I was erring on the side of safety, I don’t have a problem with that,” Holloway said. “I don’t think I’m wrong, though. I just don’t think it. And if I had to put money down, we’re going to see some radical changes within a month — no later than October. I’m really worried about what we’re heading toward, on just college campuses in general, not just sports. It’s deeply concerning.”

Answers could be coming shortly. ESPN as well as Chicago Tribune reporter Teddy Greenstein gave early next week as the expected timeline for a vote on a possible restart plan. Even before those reports, Nebraska’s athletic director Bill Moos had indicated that mid-September would be the approximate time when the conference would be ironing out a plan.

However, answers did not come soon enough to keep Ohio State offensive lineman Wyatt Davis from announcing that whenever play does resume, he will not be part of the OSU lineup. Instead, he is turning pro.

“My family and I were waiting to hear any good news that there would be a possibility to play in the fall,” Davis told Yahoo Sports. “As the weeks went on, after the initial cancellation, the news didn’t seem in favor that we would have an opportunity to play for a national championship if there was a season. At this point, my family and I made the decision that it would be my best decision to take the next step.”

He went on to describe himself as heartbroken. “We had something special,” he said.