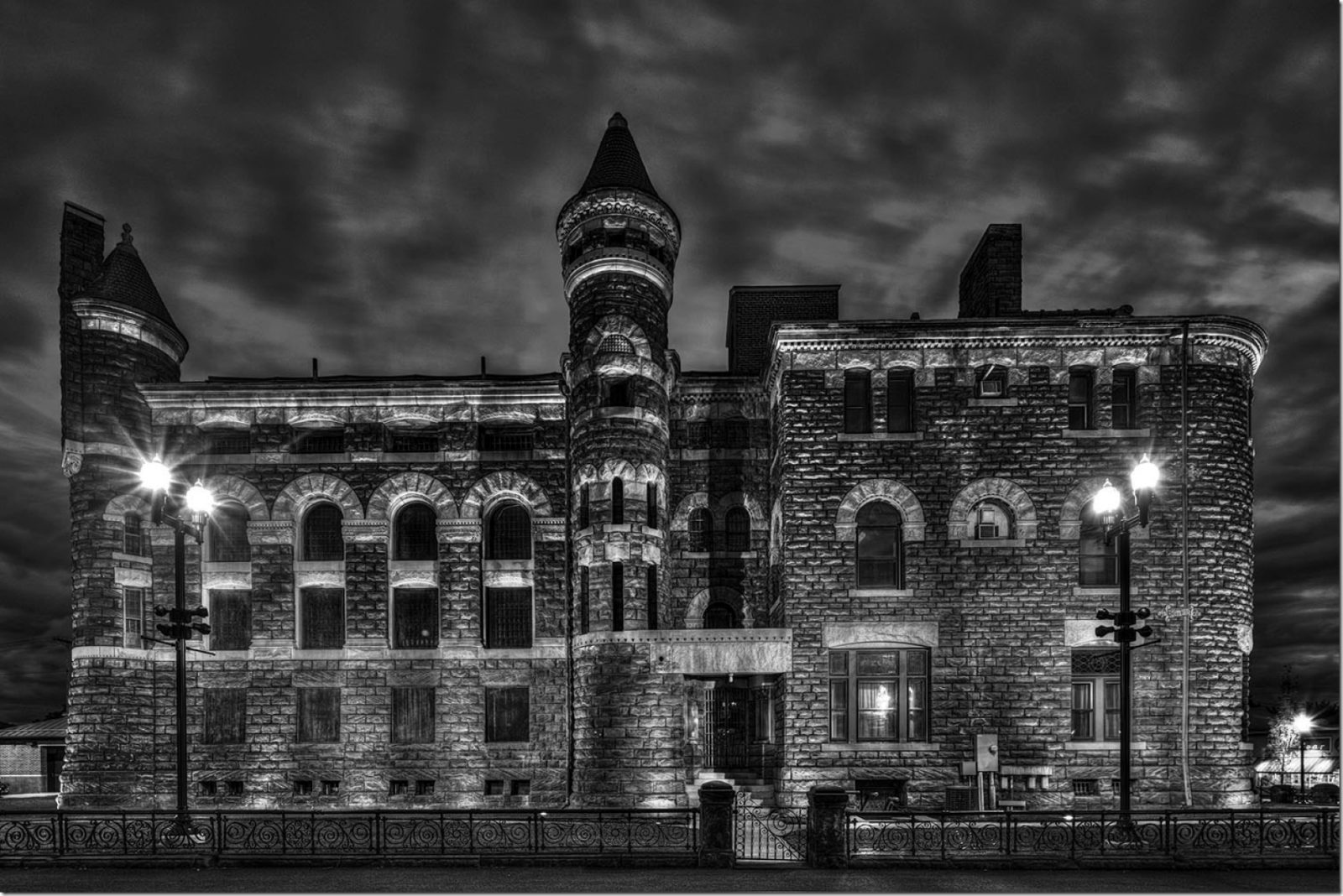 In an effort to attract visitors to the Buckeye state, TourismOhio has released a list of nine of the state’s most haunted places. One of those spots is just outside Columbus in Newark.

The Licking County Jail was built in 1889 and has been featured on Travel Channel’s “Ghost Adventures.”

Even without its tortured history, it would be an atmospheric destination for scare-seekers, because it looks like the set of a horror movie. Architect Joseph Warren Yost incorporated into the brownstone’s design cat-like creatures sculpted into the window sills and an open-mouthed frog water spout. There were arches and turrets—and, of course, eight feet by eight feet prison cells.

While the original capacity of the jail was around 68 prisoners, overcrowding was a frequent issue. There were both men and women housed there, with the women occupying the fourth floor of the building.

At least 19 inmates died while incarcerated, including Mae Vaner, who in July 1953 self-immolated after being taken to the facility.

And prisoners aren’t the only ones whose deaths marred the jail’s history.

Deputy Marshal Carl Mayes Etherington ran into a mob when enforcing unpopular prohibition laws. He shot a man to defend himself, and was taken to the prison. Approximately 5,000 citizens were present as Etherington was lynched, and 20 of those citizens would be charged and convicted of his murder. It was later discovered that the young deputy was only 17-years-old at the time of his hanging death.

Other law enforcement officials saw their lives cut short as well. Four sheriffs had fatal heart attacks while residing at the prison in a special quarters built for them. The prison converted the special quarters into office space in 1971.

It is, however, still open to ghost hunters to this day.