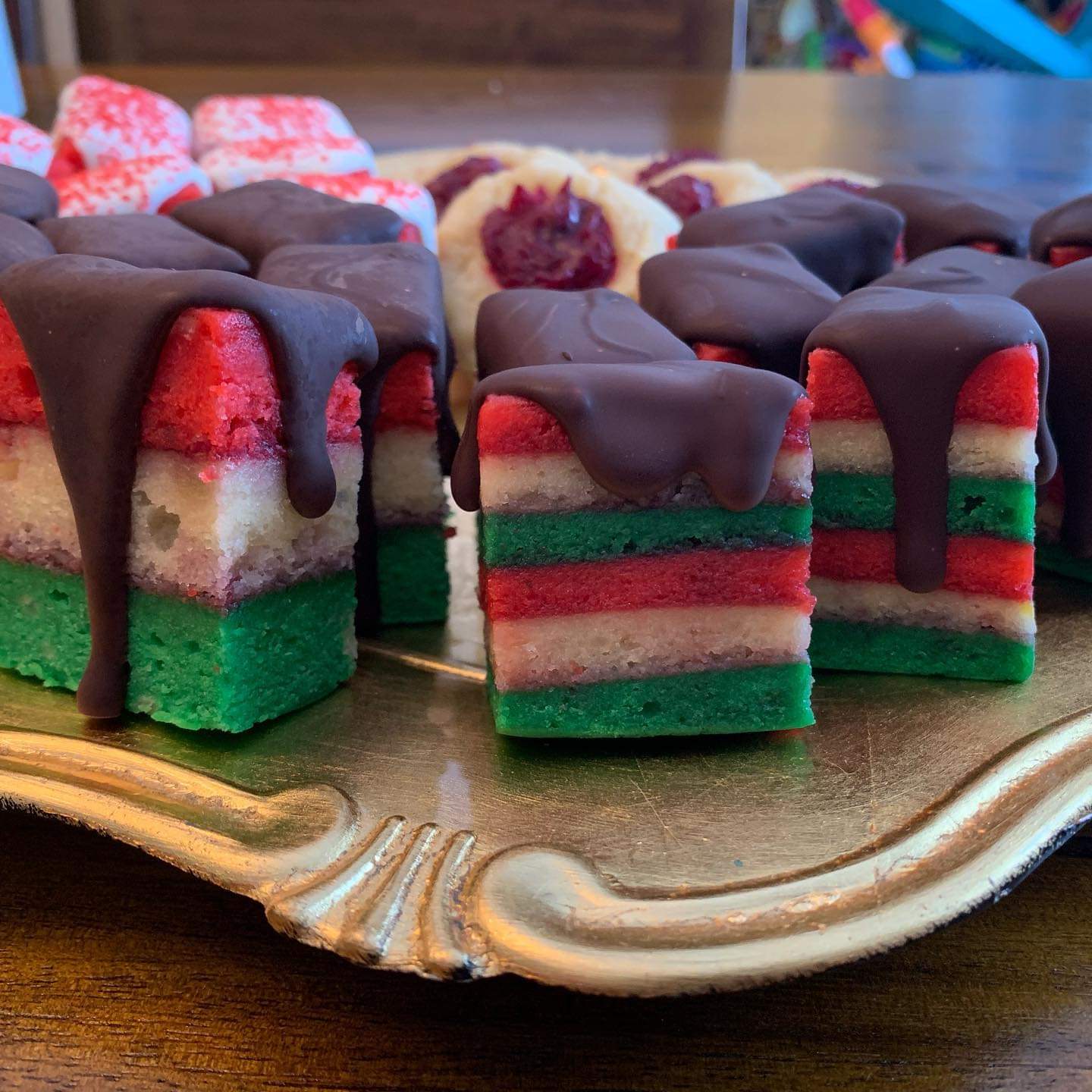 In July, Christina Rowley and husband Tom Kent had just relocated to Columbus from Boston, to be closer to Rowley’s sister, Betsy Tiano. The pair were jobless thanks to COVID, and still acclimating to central Ohio.

Less than six months later, these three own and operate one of the city’s favorite young bakeries: Angie’s Rainbow Cookies.

And to say business has been good would be just a bit of an underestimate, as the group continues its meteoric rise in popularity. Having already logged hundreds of separate cookie orders ahead of the holidays, they’ve found it difficult to even stop and catch a breath.

But they wouldn’t have things any other way.

“It’s the most incredible feeling; there aren’t words to describe it,” Tiano said. “We’ve always worked so hard for other people, and we’ve gotten satisfaction from that, but we’re working for ourselves now, and we’re living our dream. This is something we’ve wanted since we were kids.”

Angie’s, which is named after the grandmother of Rowley and Tiano, specializes in one item, as you probably inferred from its name: the illustrious Italian Rainbow Cookie. Staying in theme with their business name, Angie’s utilizes a recipe for their treats that’s similar to the recipe of Rowley and Tiano’s aunt, who would regularly supply their holiday gatherings with these cookies.

One of the factors making Italian rainbow cookies such a unique holiday dessert comes from the fact that, technically speaking, they aren’t cookies at all. Composed of three colored layers of moist almond cake (green, white, and red, for the Italian flag), each layer is held together by raspberry jam and finished with a generous chocolate topping that hardens as it drips down the side of each cookie.

And while these are the namesake of the business and their best-seller, they aren’t all Angie’s has to offer. The bakers are also selling a lineup of seasonal cookies and specials, in addition to some seriously fun riffs on the rainbow cookie, such as the double rainbow, a version with orange and cranberry flavors (and red and orange coloring) added, and even rainbow cookie-stuffed chocolate chip cookies and brownies, all sourced with quality ingredients.

“We like to offer what we can seasonally; and I use local ingredients, like apples from Lynd [Fruit Farm],” Tiano said. After working in the food industry, it’s really important to me to support local farms and vendors.”

While Angie’s is eyeing a potential move to a shared-space or commercial use kitchen, the operation is currently run from Tiano’s home. But that doesn’t mean their customers don’t have options. The trio ships nationwide (they hold their own home bakery license), and offers home delivery options for those within their central Ohio delivery range.

To order visit, their website here, and keep an eye out for Angie’s cookies in local markets as the weather warms up next year.