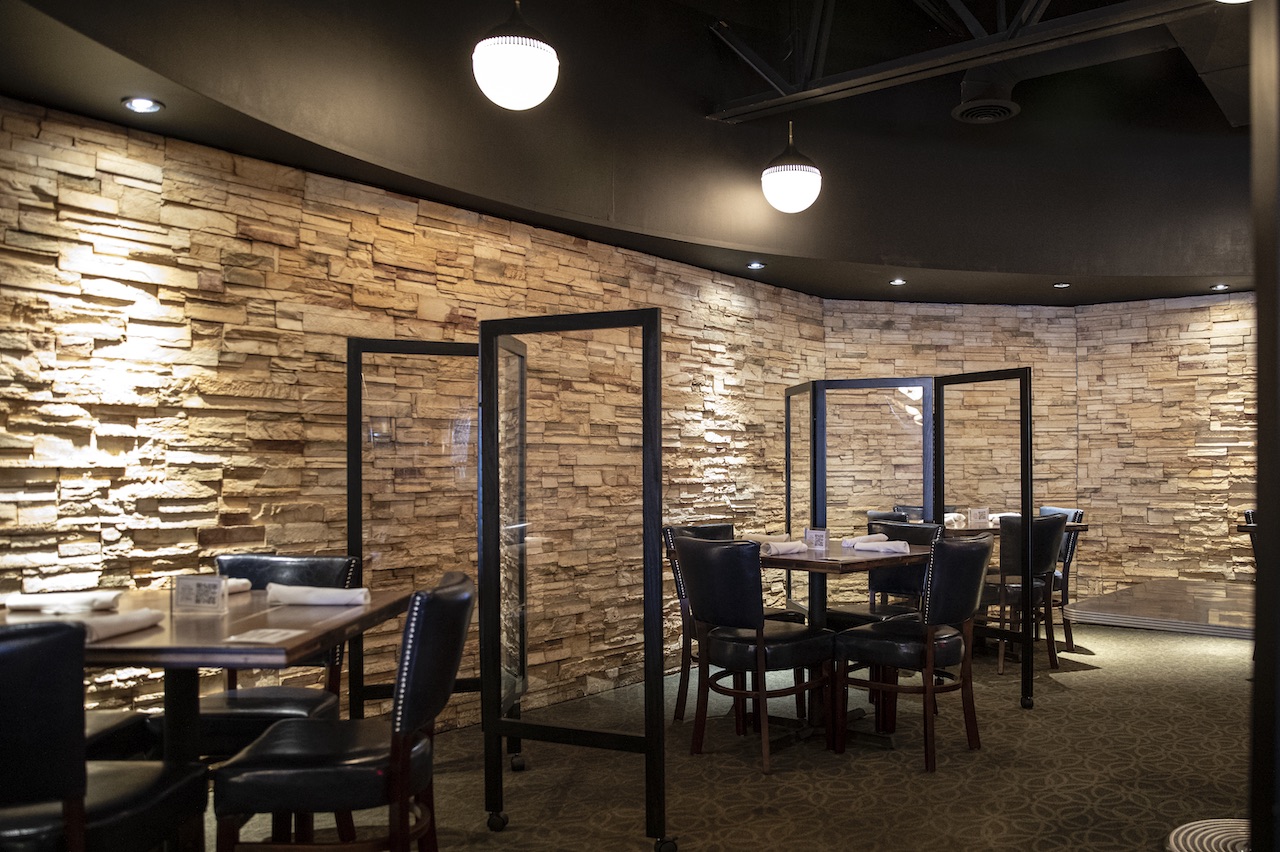 When the first-ever Cap City Fine Diner and Bar opened in Grandview, I was 7 years old.

Now, 25 years, two locations, and a handful of facelifts later, the restaurant has become something of a Columbus institution, as well as one of the flagship eateries that helped launch the Cameron Mitchell Restaurant empire.

“At a leadership retreat, all the Cameron Mitchell managers who have worked at a Cap City took a photo together, and I think there were about 60 of us total,” said CMR regional manager Wendy Middleton, who currently oversees six Cameron Mitchell restaurants in Columbus, including all three Cap City locations in Grandview, Gahanna, and Dublin. “Most people in high leadership roles in the company have gone through a Cap City sometime in their career.”

The photo was taken to commemorate the restaurant’s 25th anniversary, but that’s far from the only thing that’s happening to mark the milestone.

As Middleton and I stroll through the Gahanna Cap City (which opened several years after its Grandview counterpart did in 1995), she offers me a behind-the-scenes look at the biggest project the restaurant group has launched for the concept’s quarter-century anniversary: remodeling the Gahanna space.

The Gahanna location was updated once before in 2004 (the original Grandvjew spot received similar renovations in 2018), and Middleton notes that one the goals of the project is to make sure all three Cap Cities can offer a similar experience.

Currently, there are upgrades to the restaurant’s countertops, carpet, much of the wall art, and even brand-new lighting fixtures.

One fun new touch is the addition of indoor marquee signage that lists the restaurant’s daily blue-plate specials. According to Middleton, the original Grandview location opened with a similar outdoor sign in front of the eatery. And even though that’s been removed, each Cap City Diner now boasts some form of marquee signage as a decoration that harkens back to the original spot.

“After opening a third location [In Dublin in 2017] —we had two for the longest time—our main focus as a company is to get all three Cap Cities on the exact same page,” said Middleton. “And we wanted to celebrate the invention of the concept.”

And the concept, in case you don’t already know, recalls the old-fashioned small town diners of the 1950s and 1960s complete with blue-plate specials, retro seating and tabletops, and even hand-picked antiques from the era.

“I’ve spent a lot of time at antique stores finding displays for the restaurant or little ornaments to go here and there,” said Middleton as she adjusts the position of a wonderfully-vintage 1950s television (that looks like it was plucked from a Jetsons episode) on one of the restaurant’s counters.

Likewise, the eatery’s menu is made up of classic diner fare (meatloaf, fried chicken, classic cheeseburgers, and even throwback milkshakes in that iconic tapered glassware), oftentimes just slightly elevated, but always approachable, and always delicious.

And while Middleton noted that each location attempts to offer the same experience, that’s not to say that CMR isn’t embracing the unique aspects of each Cap City location either—and nowhere in Gahanna is that more noticeable than the newly-commissioned mural that bedecked a large portion of the restaurant’s north-facing wall.

“We thought this is such a community restaurant here, and we wanted to incorporate some of the community, some of that history, into the mural,” Middleton said.

Done in classic pop-art styling, the mural showcases a handful of important historical community icons that many longtime Gahanna residents will remember, including the old bridge that spanned Walnut Creek; the old drive-in diner; and an engaging, expansive depiction of downtown Gahanna from decades past.

And while the Gahanna location is currently abuzz with construction workers and draped in protective plastics tarps, it won’t be this way for long.

Not only has the restaurant remained open for carryout and (fee-free) delivery orders during the construction, but they re-opened for Monday-Friday lunch services (many CMR locations temporarily discontinued weekday lunch due to COVID-19) on Nov. 16. The eatery is expected to be fully refurbished and operational by the end of November/start of December.

“We’re excited to show our guests what we’ve done to update the restaurant, members of the Gahanna community and everyone else,” she said.