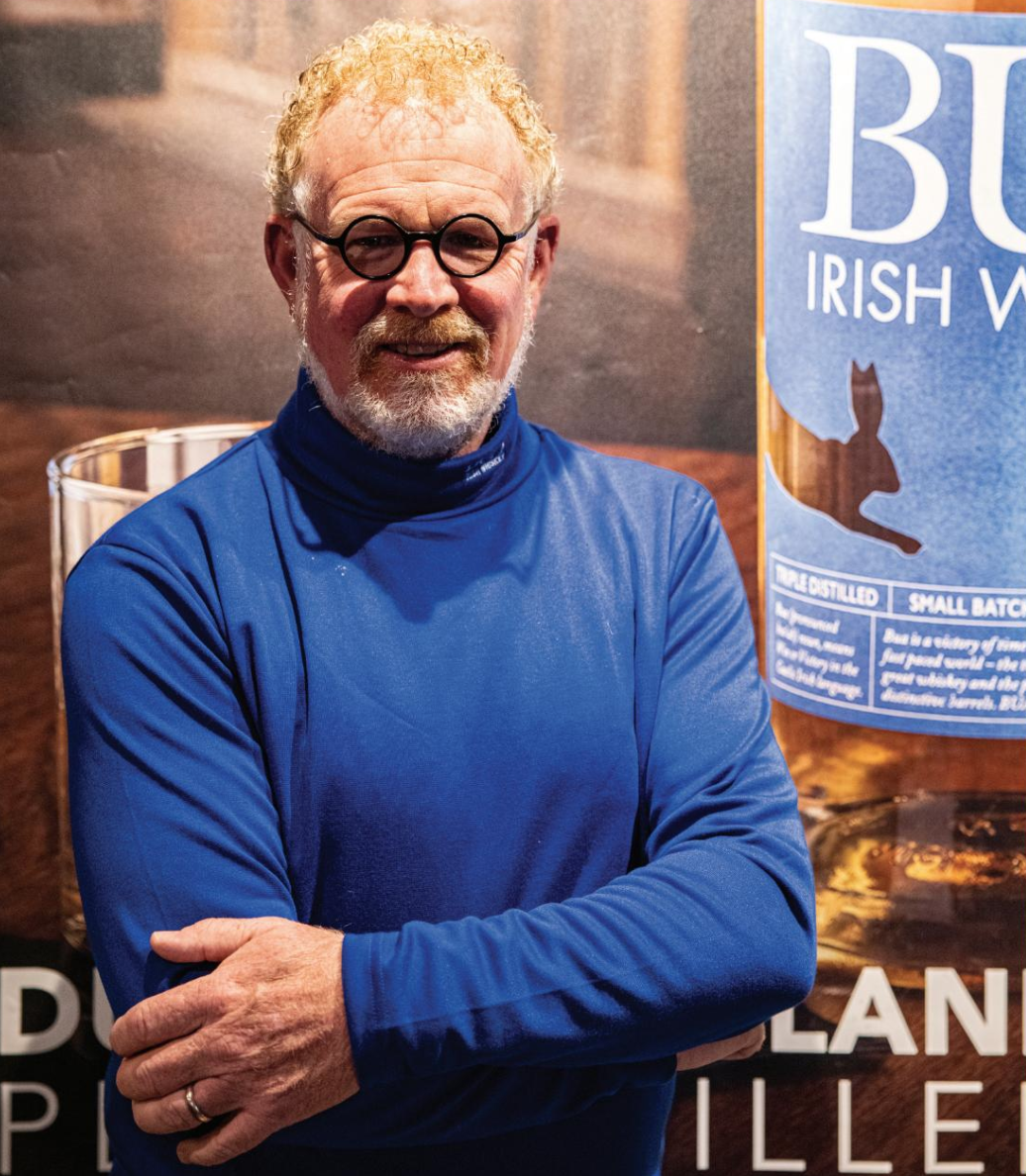 Everyone gets a shirt!

Say “whiskey” here in the states and what comes to mind is a legion of iconic, American distilleries: Jack Daniels, Jim Beam, Johnny Walker. While these are all classic American favorites, rich with their own patriotic flair—the drink has its roots in the United Kingdom, where it’s been distilled for at least the last 500 years. In fact, the word whiskey in Gaelic means “water of life,” and a legion of Irish distilleries celebrate this iconic spirit and its history.

Now, a new brand of certified Irish Whiskey has recently launched right here in the capital city: Bua Irish Whiskey. And take note: this is a feat that’s much more impressive than it might seem at first, since for a product to be labeled as Irish Whiskey, it must be entirely distilled and aged in Ireland.

“100% of the maturation needs to be on the island of Ireland, finishing maturation or otherwise. If even a day of its maturation happened elsewhere we couldn’t call it Irish whiskey,” said Pat Byrne, who owns Grandview’s Byrne’s Irish Pub with his siblings. He and business partner Martin Kennedy, an Irish national, launched Bua, which started as a labor of love before blossoming into a full transatlantic operation.

According to a Forbes article released earlier this year, the pair is striking while the iron’s hot. Irish whiskey sales are spiking in the U.S., rising 9% in 2019 alone. According to Forbes, experts predict this trend to continue throughout 2020 and beyond.

Burner said Bua buys already-distilled whiskey that’s been aged and sends it through their own unique finishing process in Ireland, which he and Kennedy developed overseas over a nine month period. Using staples of bourbon and charred oak barrels, Bua also implements three less common spirit barrels in this process, including sherry, tawny port, and white moscatel.

And while Bua follows the historic practice of Irish whiskey-making, Byrne and Kennedy set themselves apart from their competitors by embracing the spirit’s newness as well.

“Bua is the Irish word for win or victory, and for us that is kind of where we were, a small group here, we didn’t want to give the illusion that we were an old historical whiskey with lots of story behind it,” Byrne said. “We wanted to come out and say we’re a new, small, batch craft; we’re whiskey lovers.”

And true to their word, the brand name itself nods to the traditional roots of Bua without being fettered by them. Where many traditional Irish whiskies have names citing important Irish battles (Tullamore D.E.W., Clontarf), Bua doesn’t. It does still pay homage to its lineage, albeit in a new, modern way.

This is captured as well by the eye-catching bottle art, which feels both deep and timeless yet sleek and minimal. Set on a blue background (the national color of Ireland) its label features large, simple lettering that itself feels Celtic, in addition to a tortoise and a hare depicted in cutouts.

This label lets potential customers take a long look at the actual liquid before buying, which is pale in color by design. According to Byrne, where most big-name whiskey makers dye their whiskey so each bottle and the liquid inside looks identical, Bua takes a natural approach, unfiltered and without artificial coloring.

And if flavor is what you’re after in a whiskey (and why wouldn’t it be?) Bua meets the mark on this as well. According to Byrne, the brand is a triple-distilled blend of single grain and single malt Irish whiskeys that have been aged between three and six years.

Familiar to whiskey drinkers are the warm hints of vanilla flavor imparted by bourbon barrels, and the smokey wood that follows Bua’s time on freshly charred oak. What makes the brand immediately distinctive,though, is its strong notes of orange on the nose and palate, which hit a balance between bright and smoothly subtle.

According to Byrne, this unique flavor note is largely imparted by the time Bua spends in tawny port barrels.

“That’s a very long-term wine; it ages for a good amount of time,” said Byrne. “Those barrels are a little harder to find, it’s not a terribly popular wine, but it adds some really nice flavor.”

And while the flavors sing of exotic barrels and the tradition of Irish spirit making, Byrne also wants drinkers to know that Bua also represents Ohio, and stands true to its Midwestern roots.

“We’re really focused on the whole Ohio part of this, too; that’s really big for us. Martin’s connection with the state of Ohio and certainly mine. There really aren’t many states at all with a deep connection to an Irish whiskey, and we work hard for that.”