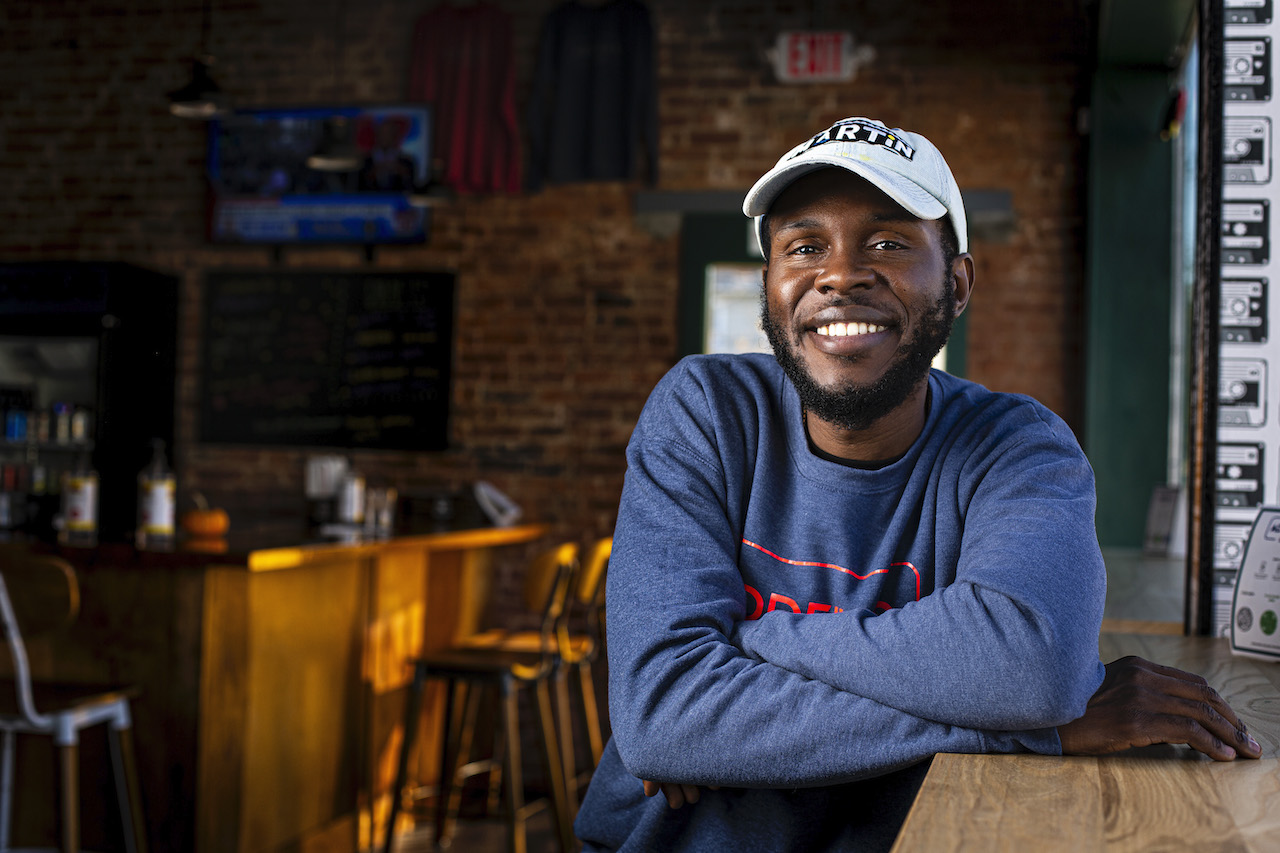 What’s for dinner? Escape the kitchen with these holiday dinner kits

The heart of Olde Town East has become a conventional mix of eateries, bars, holistic shops and every communal necessity in-between. As the neighborhood grows feverishly in it’s diverse appeal, there’s a new hub for foodies to enjoy a crafty take on traditional Americana dishes—Addella’s on Oak.

Founded by husband-and-wife team Karrio and Victoria Ballard, the two began eyeing the restaurant’s space on the corner of Oak Street and Miller Avenue three years ago. Though overrun with vacant school buildings, the area was just enough for Karrio and Victoria to conceptualize their vision for Addella’s while raising two daughters.

“We both knew that there was a need for something closer to Franklin Park, somewhere for people to walk to. We really wanted to create a concept together combining both of our experiences and knowledge,” Karrio said. “The name was the first thing we decided on, it’s a combination of our daughters’ names, Addy and Stella.”

As the March opening for Addella’s on Oak approached, the couple was met with hesitation as COVID-19 struck, threatening their business and stifling other nearby restaurants. With their mission intact, Karrio and Victoria were able to restrategize their original plan.

“Because we weren’t open yet, we didn’t qualify for any of the loans or grants available to other restaurants, and we still had to pay all of our full monthly expenses without any assistance,” Karrio said. “We may not have every decoration or fancy piece of equipment we originally planned for, but we are open and proud of what we created.”

The digs of Addella’s on Oak are a cozy mixture of quaint and nostalgic. With retro sports dolls, vinyl records and a guidebook to hip-hop atop of the bar area, there’s also wall prints by local artists, creating a celebratory atmosphere.

While Karrio and Victoria plan on introducing weekend brunch items to their menu before the end of the year, the Addella’s on Oak menu has a substantial amount of options traditional eaters, vegans and anyone in between. To dissipate confusion for first-time visitors, there’s a separate plant-based menu that’s 100% dairy free—which means that there’s alternate versions of dishes for everyone to try. If your date orders a meatball sub with beef parmesan meat smothered in marinara and melted mozzarella, don’t fret—you can grab a vegan alternative with plant based meatballs and vegan mozzarella.

Vegan and traditional menu alternatives are also customary between the ‘Jive Turkey,’ signature salads like ‘Make It Grain’ and ‘Chik’N Corn Caesar’ or even Addella’s Double—two seasoned patties sandwiched between cheese, tomato, pickles, lettuce, and onions topped with special sauce.

While the menu originally had more plated entrees, Karrio explains that this decision changed drastically due to COVID-19, as more people were encouraged to purchase carryout orders.

“We decided to go with more sandwiches and handheld items to make it possible for the kitchen to run as smoothly as possible without having too many people working closely together,” Karrio said, noting that Joe Dip and Double Crunch Tacos are also guest favorites. “Everything on the menu is something people have seen before, we just put our spin on it and make as much as we can from scratch to make it more memorable.”

Main entrees aren’t the only menu items that are savored by visitors—repeat customers rave over sides like ‘Crispy Roasted Brussel Sprouts,’ ‘Return of the Mac’ and ‘Shhh Puppies’ to name a few. As the Old Towne East food scene continues to thrive, Karrio says that menu items could possibly become rotational as the neighborhood’s population increases.

“The neighborhood has been growing over the years in a way that has allowed multiple places to do well and attract people for various reasons,” Karrio said. “The one thing [that Victoria and I] agree on is that we enjoy being in a neighborhood, and we know from experience that the people who live in Old Towne East and Franklin Park love their neighborhoods and support the businesses that open up there.”

Though their plans may have shifted Karrio and Victoria are proponents in navigating situations as they arise, opening Addella’s on Oak with faith that the restaurant would stay afloat during the pandemic. Their determination has been effective, and they’re just getting started.

“It has been awesome to see more Black-owned businesses open and be highlighted in the wake of everything that is going on,” Karrio said. “Everyone is just trying to do the best they can with whatever tools they have been given.”