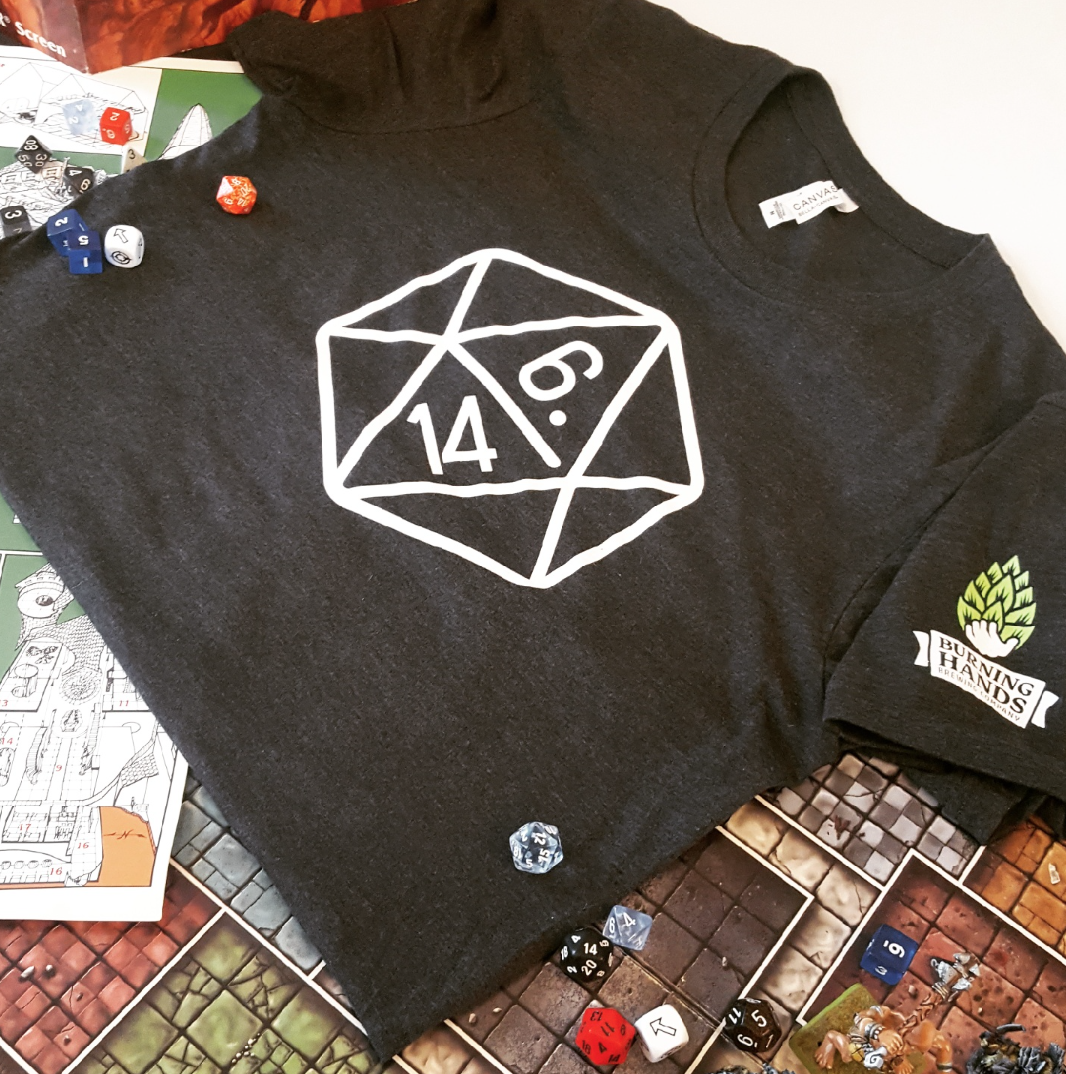 Craft beer pairs well with a lot of things: food, good company, and a litany of your favorite activities. Starting Wednesday night, you can add Dungeons & Dragons to that list as well.

Hosted by new Columbus beermakers Burning Hands Brewing Company, a one-shot live DnD event will be live-streamed on Twitch this Wednesday, Nov. 4 at 5 p.m., and will feature some of the best and biggest names in Columbus brewing. For those playing at home, the term “DnD” is widely used in gaming circles for Dungeons & Dragons, and “one-shot” is the name given to a single event that will begin and conclude in one session, versus a campaign which can cover extended periods of time.

Twitch is a live-streaming service that’s free to use and favored by many in the worlds of esports and gaming.

“It should be a lot of fun, and is ok for people of all experience levels to watch,” said Davies. “It’s not actually proper DnD; it’s sort of a watered-down version, but it’s more about getting people together, rolling dice, and having a good time.”

According to Davies, as Burning Hands continues to establish itself in Columbus, viewers can expect more events like this one. And that’s in large part because DnD is in the very DNA of Burning Hands.

“Our brewery will have a heavy fantasy theme,” said Davies, who noted that early names for their beers (which could still change as things develop) include the likes of Kobold Crusher Cream ale and Hop Golem IPA. The name of the brewery itself is a reference to a DnD spell.

But more than just evoking a fun fantasy theme, Burning Hands aims to let their guests experience it. While they don’t yet have a physical location (this is in the works), Davies envisions that their taproom will feel like it’s been plucked straight out of a Lord of the Rings movie, with all the epic bells and whistles.

“We’re trying to leverage the taproom experience as something you can’t just buy off the shelf. The experience is more than just six-packs,” he said.

Davies aims to offer an eclectic menu featuring everything from traditional European styles to on-pulse hazy IPAs. Hop Golem, a session IPA, will showcase Columbus, Centennial, Amarillo, and Citra hops with a seriously drinkable body; and Darkvision Session Stout will contain the roasted, chocolatey goodness of larger dark beers, only with a lighter, more consumable body.

And he has the pedigree to pull this all off as well, having brewed for Elevator, Barley’s, and Brewdog, in addition to freelance brewing and brewery-related work with a handful of Columbus beermakers.

So ready your finest goblets and chalices, everyone, because you won’t want to miss out.