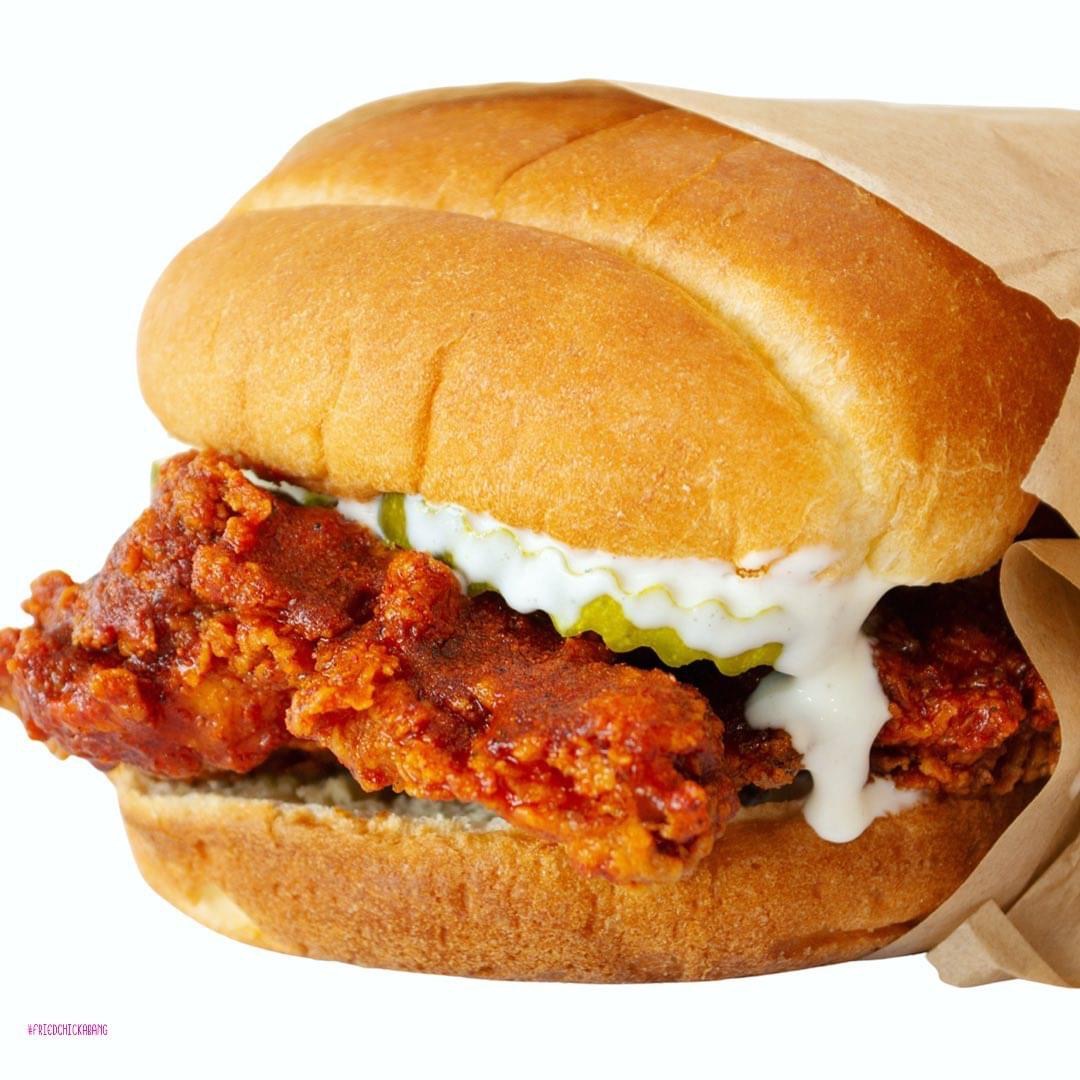 For fans of the almighty fried chicken sandwich, there’s good news coming your way: A new Fried Chicka Bang pop-up is opening in the Arena District early next year. On Jan. 6, Fried Chicka Bang will launch a second pop-up location from the Sunny Street Café located at 277 W. Nationwide Blvd. This new spot will be open Wednesday through Sunday, from 4:30 p.m. to 8:30 p.m.

The wildly popular fried chicken pop-up—which operates its original location from 4:30 p.m. to 8:30 p.m. Wednesday through Sunday out of the Polaris location of Sunny Street Café at 8461 Sancus Blvd.—has only been serving its brand of Instagram-shattering chicken sandwiches and salads since September, but the operation has already galvanized a fiercely loyal following.

According to Maria Swallie, who operates Fried Chicka Bang alongside her sisters-in-law Megan Stasko and Meggan Stasko, customers are regularly making the trek from nearly an hour away.

“It’s really exciting to talk with customers and hear they came from Hilliard, from Marrion,” Swallie said. “Some of them tell us we’re the best fried chicken sandwich in Columbus and it’s an unbelievable feeling; we love the support.”

According to Swallie, when the eatery launched out of Sunny Street Cafe this Fall, the three sisters didn’t expect things to catch on so quickly. But that doesn’t mean they weren’t prepared for it. The entire restaurant concept is just as sleek and efficient in its operation as it is in its regularly-tantalizing social media photos.

For starters, while there’s a robust variety of chicken sandwiches offered, the overall menu is small, only offering sandwiches, a trio of salads, and several extras (including sides, extra sauce, and dessert).

“That’s what we wanted, a smaller menu that we knew could really execute really well at first,” Swallie said.

Currently, the top-selling sandwich for the Polaris pop-up is The Hotstepper, which features Nashville-style hot chicken, pickles, ranch, and the option of slaw. Other more inventive options exist as well, like the Choo Choo, featuring black sesame shake, gochujang mayo, plus sweet and spicy slaw; and the Breakfast Bird, with bacon, fried egg, cheddar, and magic jam sauce (which combines a berry reduction with their gochujang mayo).

One thing that you’ll notice in nearly every sandwich is a unique, housemade sauce, something the restaurant prides itself on. From herb mayo and chipotle mayo to fancy sauce, funky mustard, and magic jam sauce, there’s one for every occasion. And of course, ranch is also included on the side with every sandwich.

Outside of the food itself, Swallie believes customers are also attracted to Fried Chicka Bang’s throwback vibes. The eatery organizes a free food giveaway each week through their social media accounts, in which commenters are asked to name things such as their favorite Saved by the Bell character, NSYNC member, or Pokémon, and they even throw in free mementos of that era with their food.

“We have kind of a 90’s vibe, I think; we give away Warheads and Pixy Stix with orders,” Swallie, who is an unabashed product of the 90s herself, said. “It all gives you some of those childhood feels.”