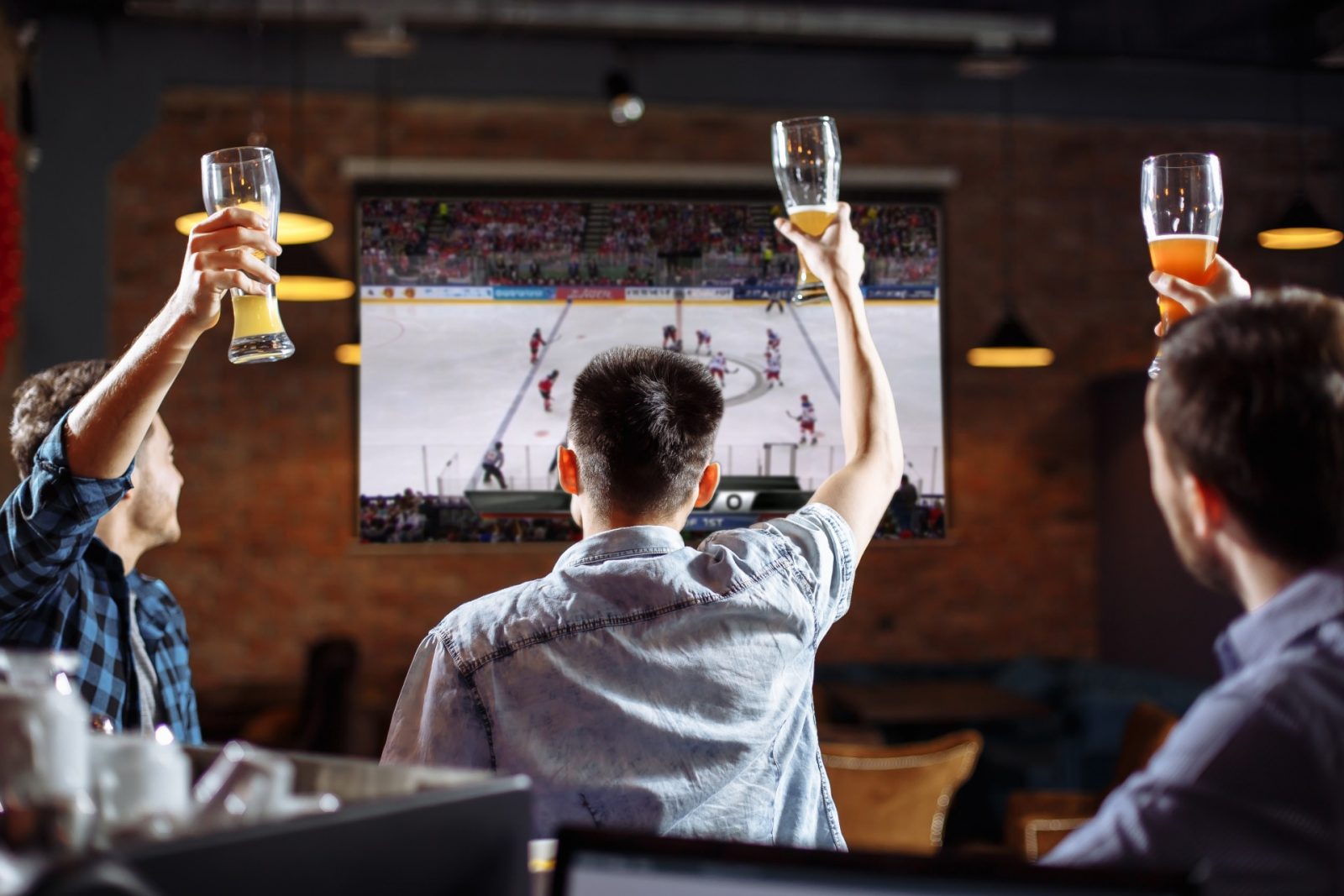 One of the city’s most beloved Blue Jackets game day venues, R Bar Arena (known as just R Bar to most), is fighting for its life after a wave of new COVID-19 restrictions and the postponed NHL season continue to hamstring Arena District businesses, which depend upon the revenue generated from Blue Jackets game day crowds.

But past and present R Bar patrons aren’t about to let their favorite hockey spot go down without a fight.

On Nov. 18, a Gofundme campaign was launched in order to help the bar and restaurant make it through this difficult spot, and support for the establishment through this one channel alone has turned out in droves.

“I am a season ticket holder for the Blue Jackets. I have always gone to R Bar before and after CBJ games. They all became family to me. From the security guards all the way to the owners. They knew about what was going on in my life and vice versa. I’ve had so many great memories at R Bar and I couldn’t fathom thinking there would be no more R Bar to make more memories,” said Sarah Kent, who started the digital  fundraiser, and since has been bowled over with the outpouring of support.

“When I saw the owner post on facebook that they are on the verge of having to close down, I knew I had to help. So I created a GoFundMe and it just blew up all over social media. I’ve seen current players, past players, and media personnel donate to help save R Bar, on top of all the wonderful CBJ fans,” Kent said.

And Kent isn’t the only one who’s been moved by the influx of donations for R Bar.

“It’s just overwhelming, I’m just constantly speechless about it. Hockey is just a big communal family overall. We never even asked for anyone to do this. My wife was putting out a Facebook message saying we need to drum up some business, and the response has been amazing,” said R Bar owner Michael Darr.

The bars owners have updated the R Bar Facebook account over the last several days with messages of gratitude for the support they’re received. “The overwhelming support from our fan base can not be described in words. R Bar will donate every dollar raised to youth hockey once we get through this terrible time.  We thank you so much for supporting us,” a post from Nov. 20 reads.

“We were looking at options of closing, I don’t think that weekend was going to be the weekend, but it was probably going to be our only option down the line if sales didn’t pick up. This is going to get us into December comfortably, we’re not sure about January because you don’t know what’s coming down the road, but we’ll see,” said Darr.

And unfortunately, R Bar isn’t a unique story among businesses today in the city’s Arena District, which have been affected doubly hard by COVID-19. Not only are they subjected to standard COVID closures and regulations like others throughout the city, much of their revenue depends upon hockey crowds from nearby Nationwide Area, and with an NHL season that will start on Jan. 1 at the very earliest (three months later than the league’s regular early Oct. opening), business has slowed to a crawl for many establishments.

“It’s had a drastic impact on our business, for sure,” said Halee Wray, manager of nearby Boston’s Restaurant & Sports Bar. “We miss hockey season for sure. Normally you can’t even move in here, and now we don’t even have full tables to be honest.”

Boston’s was closed from March until May to endure the first wave of COVID-19, and Wray noted that ever since it’s been commonplace to see neighboring Arena District bars and eateries temporarily shut down.

And while COVID-related restrictions will continue to affect businesses for months down the line, Wray believes the beginning of the NHL season, whenever it does come, will bring with it a boost for Arena District businesses. “We’re looking forward to it and hoping it comes in January. Things are still up in the air about COVID, but we’re hoping to get at least a percentage of regular customers from Blue Jackets games here when the season starts,” she said.