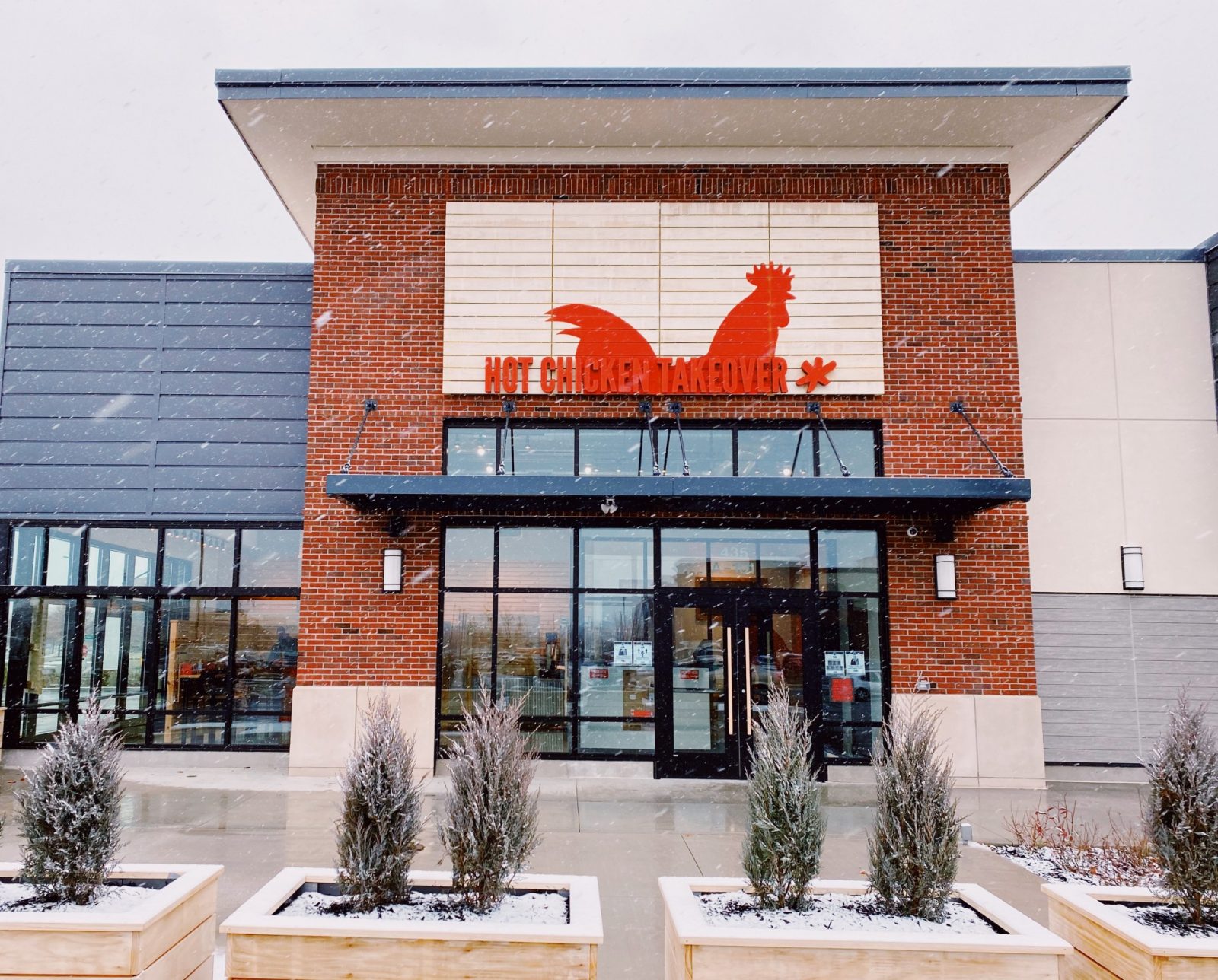 After half a year of delays stemming from COVID-19 complications, one of the city’s favorite spots for fried chicken is finally open in Westerville. As of last Wednesday, the newest Hot Chicken Takeover location—situated in a new development at 435 Polaris Parkway—launched a soft opening for its new Westerville spot.

They will be open Wednesday through Sunday and remain closed on Monday and Tuesday throughout the rest of December and into January, giving the new restaurant time to bring on more team members and handle the holidays.

According to Hot Chicken Takeover marketing director Liz Dickey, the new location (now the restaurant’s fourth) was under construction as the pandemic broke out in full-force last spring. While this caused delays as crews ceased work, it also gave the Nashville-style hot chicken eatery a chance to reflect on how to best proceed with their new restaurant.

“We had already started construction when we made the announcement in January with a June opening planned. When COVID happened construction stopped and we took a pause, but this ended up being a good thing,” Dickey said. “It was actually very beneficial as we could make changes to make sure the new location was as safe as could be for guests as team members.”

One of the things that came out of this, Dickey says, is a drive-through window, the first in Hot Chicken Takeover history. While the location was already zoned for a drive-though, ownership decided to commit to it after they saw how it could benefit everyone involved, allowing guests to order and pick up food without leaving their cars.

And like the other Hot Chicken Takeover restaurants, the Westerville location embraces the community-driven practices envisioned by founder and CEO Joe DeLoss, offering employment opportunities to those in need.

“When Joe started Hot Chicken in 2014 it was always his idea for the business to create meaningful employment opportunities for people in the community who have faced various barriers, such as incarceration, homelessness, and those in recovery,” said Dickey. “The goal is to create benefits that help support the members of our team so they can get to the next step in life, whether that’s with Hot Chicken or not.”