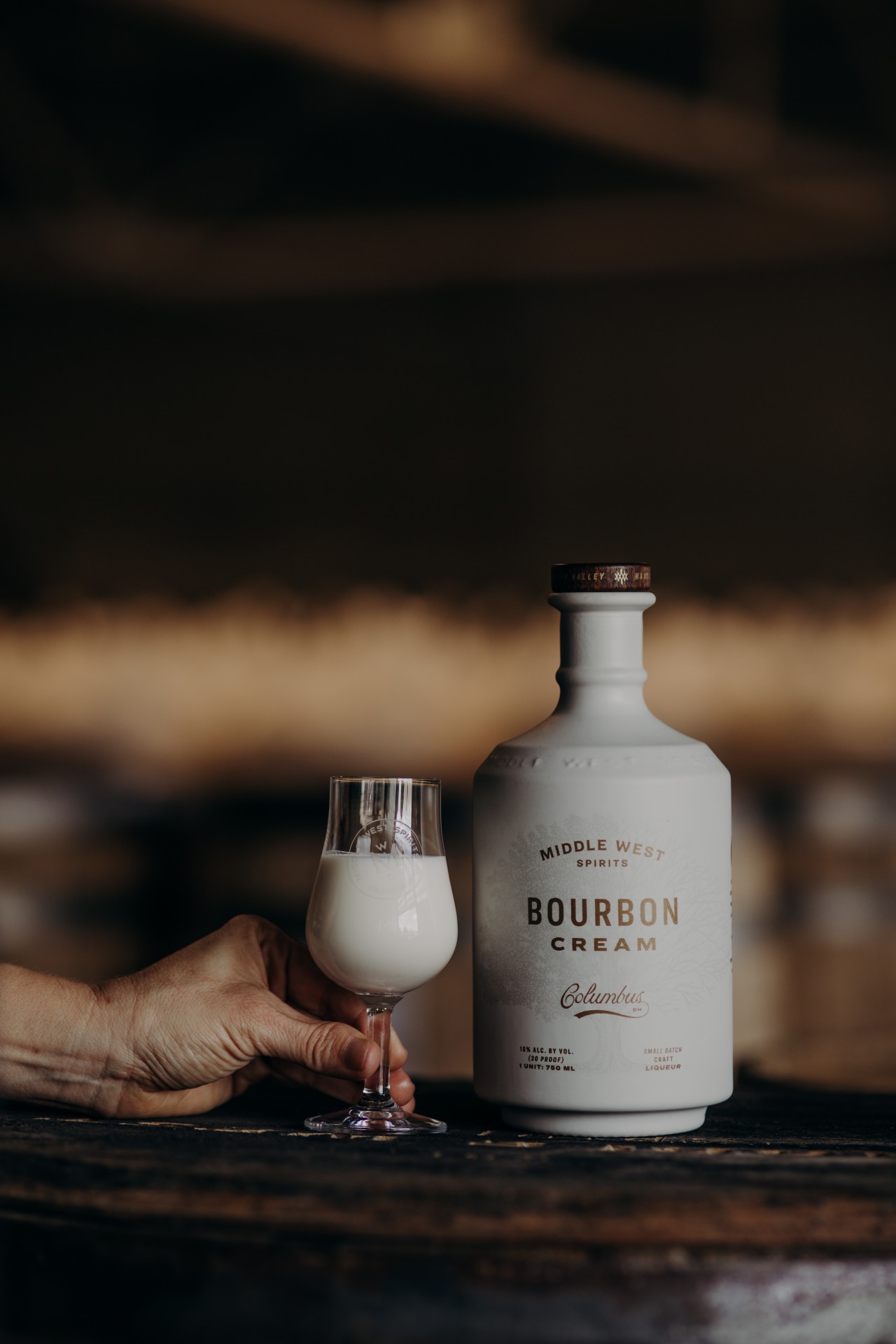 Give your guests S’more

Middle West Spirits’ Bourbon Cream—an enticing blend of Midwest sweet cream and Michelone Reserve Straight Bourbon—just made its debut this year, but it already feels like a holiday tradition we can get behind.

According to Middle West co-founder and owner Ryan Lang, Bourbon Cream (which is available at select stores throughout Columbus for $20 per 750 ml bottle), has been long in the works at the distillery, and fans of Columbus craft spirits can finally reap the rewards. It will be produced once a year for the holiday season and released in the Fall.

“This holiday release carries a much softer flavor profile, yet it’s underscored by the depth, fullness, and spice notes for which our Michelone Reserve has been honored,” said Lang. “It connects with people across all ages and all levels of appreciation for bourbon—even more serious bourbon drinkers.” Lang also added that Bourbon Cream stands as an homage to his grandfather and the four generations of his family who have been involved in distilling.

Coming in at a lower proof than many other spirits (15% ABV), Bourbon Creme packs just the right amount of punch to keep you warm this holiday season, without overwhelming.

Smooth and subtle notes of vanilla, amaretto, and bourbon spice highlight the flavor profile, which sees contributions from the distillery’s award-winning Michelone Reserve 4-Grain Bourbon, which spends four years aging on American Oak and is described by Middle West as “smooth, smoky, and softly sweet.”

One of the most appealing aspects of the drink comes from its versatility. While it can be taken hot or chilled; neat or on the rocks (it’s lower ABV allows for a mellower sipping experience in these cases too); you can also mix Bourbon Cream with your favorite coffee for a fresh, fun take on the Kentucky coffee, complete with a touch of holiday flair.