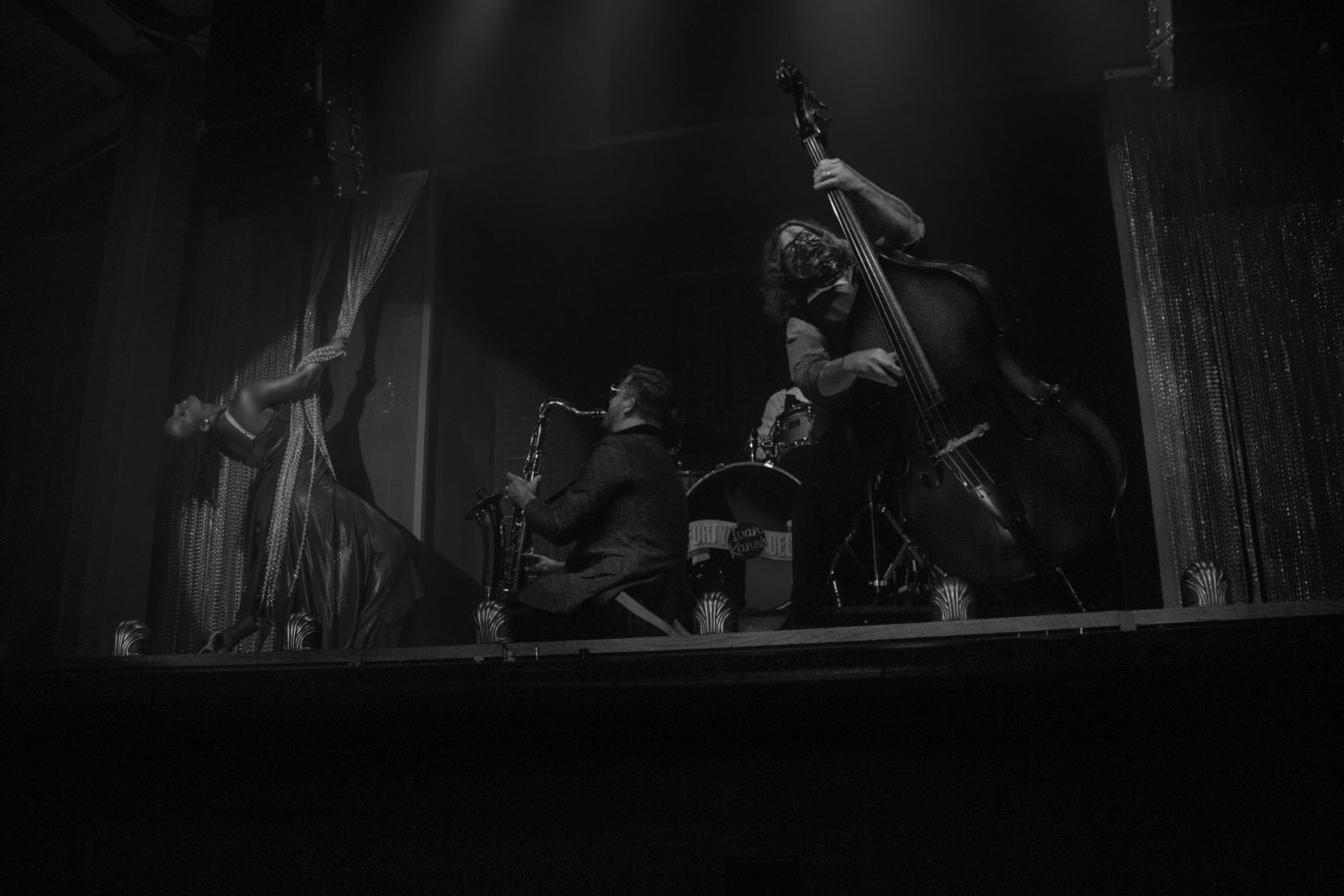 Facemasks for All is helping to “get back to normal”

If restaurant openings have become rare recently, nightclubs are almost nothing more than a fond memory. Which is precisely why Ivan Kane’s Forty Deuce stands out even if a little striptease wasn’t on the menu.

“We’ve adapted our burlesque show to more of a supper club, to keep everyone comfortable and safe. We’ll still have our live trio and performances, but it will be a little more exclusive to ensure social distancing,” explained Kane, whose previous ventures in Los Angeles, Las Vegas, and Atlantic City helped put corsets, fishnets, and risqué routines back into the mainstream. “It’s really not a compromise. It’s just a different experience.”

You’ll still find red velvet seating in an intimate setting, but with a deliberate attention to the practical realities of operating during a pandemic. Discrete cleaning during club hours and ultraviolet lighting after the doors close are among the added measures Kane demanded before he was ready to open the latest addition in Easton Town Center.

Shows are also limited to just 55 patrons spread across the club with inclusive pricing for drinks, dinner, and dessert—currently craft cocktails, bottle service, a selection of signature items from the café downstairs that is the counterpart to the club, well-hidden behind a freezer door at the back of the kitchen. Evenings offer two shows during the week, with a later cocktails-only show on the weekends.

“Forty Deuce is actually one of the safest rooms in the city because of these extra precautions we’ve taken,” he noted. “It’s a challenging time for everyone right now, and I hope we can provide a little respite from all the pressure.”

Performers Michelle Mejia and Tori Kent recently relocated to Columbus after auditioning in Los Angeles earlier this year. Both were already professional dancers, having worked with recording artists from Iggy Azalea to Janet Jackson. But the allure of burlesque and the chance to be part of something new drew both to Forty Deuce.

“People seem to think burlesque is another form of stripping. But it’s a performance with a live band and extravagant costumes,” Mejia explained. “We tease, but don’t take it all off, and that’s what makes the dance exhilarating, for us and the audience.”

Forty Deuce feels more industrial than the average nightclub, and distinct from the diner motif of  the café below. But the design is intentional with bar tops and banquets connected by catwalks that turn the entire establishment into a stage. Pipes become props for inverted performances, and an inconspicuous zipline carries dancers over patrons heads.

“I also have a background in gymnastics and Taekwondo, but this is actually my first experience with burlesque,” revealed Kent. “There are a lot of jumps and splits, and hanging upside down in our performances, so it still intertwines with that training.”

Columbus may not seem like the obvious city to open a sexy supper club. But May would have marked the return of the Midwest Burlesque and Rockabilly Weekend if not for COVID cancellations—and the Ohio Burlesque Festival in Cleveland, was forced to push their annual event from August to October. Our speakeasy scene is hardly a secret either, with basements and back rooms hosting bootlegger-inspired bars that are legal, but still mostly known only to the locals.

“I hadn’t thought about the Midwest to be perfectly honest, but it wasn’t a hard sell,” Kane confessed. “Once I saw what an incredibly sophisticated, diverse demographic is here, how vibrant and forward-thinking the city is, it was a no-brainer.”

Kane is somewhat notorious as a hands-on operator, and Forty Deuce is his passion project. His wife, better known by her stage name Champagne Suzy, deserves a degree of credit for the burlesque revival. Both will likely become more familiar faces around town having procured a place in the Short North, while still splitting time managing venues elsewhere.

“I don’t develop projects and move on. I’m on the floor involved in the choreography, the costumes, the lighting, the menu. So it’s imperative to be here,” Kane noted. “Los Angeles, Las Vegas, and Atlantic City are sexy. But Columbus was hands down the best decision I ever made in terms of viability, in terms of the community. I just love it.”

For a complete gallery of (614)‘s coverage of Forty Deuce, you can find it below.