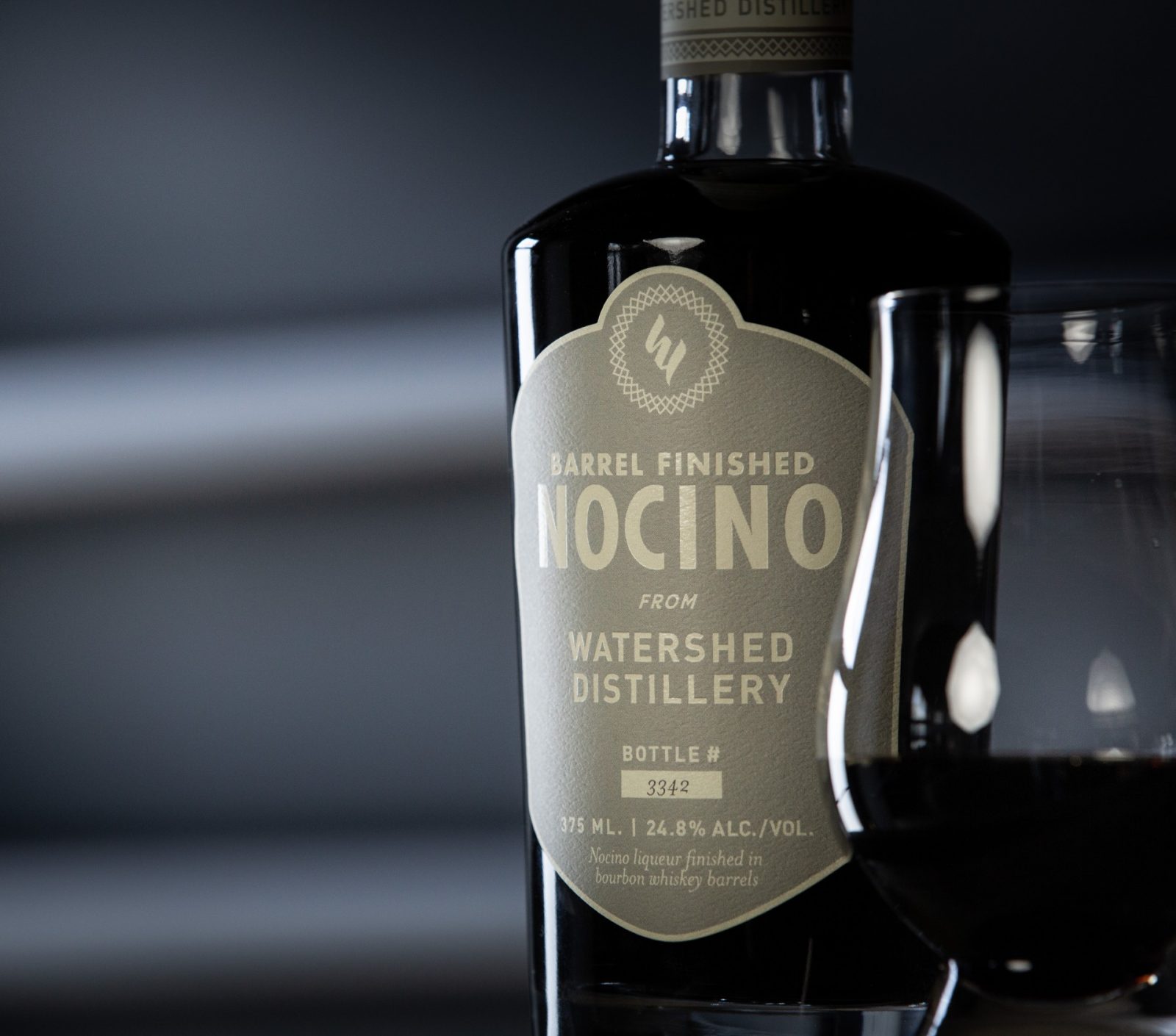 It was the walnut trees that partly inspired Charles Tweel’s foray into nocino.

His former Upper Arlington property had three or four of the trees, which became a nuisance annually every summer when they shed nuts coated in a gooey, black, and annoying tar-like shell.

Tweel’s wife urged her husband to do something productive instead of just complaining about the nuts. When the couple met a man in Napa, California who made nocino, that was it. They began making the walnut liqueur themselves.

The story could have ended there, but Tweel’s drink was destined for bigger stuff. It was his nocino—and persistence—that inspired Watershed Distillery to make their own version of the walnut liquor.

Tweel’s tale is no secret, though. You’ll find it on every bottle, with a note reading simply, “thanks, Charlie”.

Nocino, Italian in origin, is basically a liquor made from a high-proof spirit, walnuts, and some extra spices, said Greg Lehman, founder and CEO of Watershed Distillery. Watershed’s nocino features vodka, along with sugar, vanilla bean, citrus peel, and cinnamon.

The liquor is made in the summer, then sits for months until December. Most recently, Watershed began aging their nocino for an extra year in a used bourbon barrel.

“We loved what it did to the flavor,” Lehman said.

But when Tweel approached Lehman and then-business partner Dave Rigo in 2011, the duo were too busy trying to sell their gin, vodka and bourbon. Watershed had just opened in 2010, and the team didn’t have the time to devote to nocino.

Tweel had seen an article about the new distillery and decided to stop by. He ended up dropping by a couple of times.

“They were just nice guys,” he said.

But it wasn’t until Tweel invited them over his house for another go at the nocino that Rigo and Lehman decided they needed to make the product themselves.

The two went to his home, which happened to be quarter-mile from Lehman’s own house. They picked walnuts and ended the summer evening with Tweel’s nocino poured over Jeni’s Vanilla Bean ice cream.

Since Watershed introduced its own nocino, Tweel has gained some notoriety as the “Thanks, Charlie” guy on the bottle’s label.

While eating at a small restaurant in Atlanta, Georgia that sold Watershed nocino, Tweel nearly moved a waitress to tears when he told her that he was indeed that “Charlie”.

“It doesn’t dominate my life by any means, but it’s just been an interesting side track,” he said.