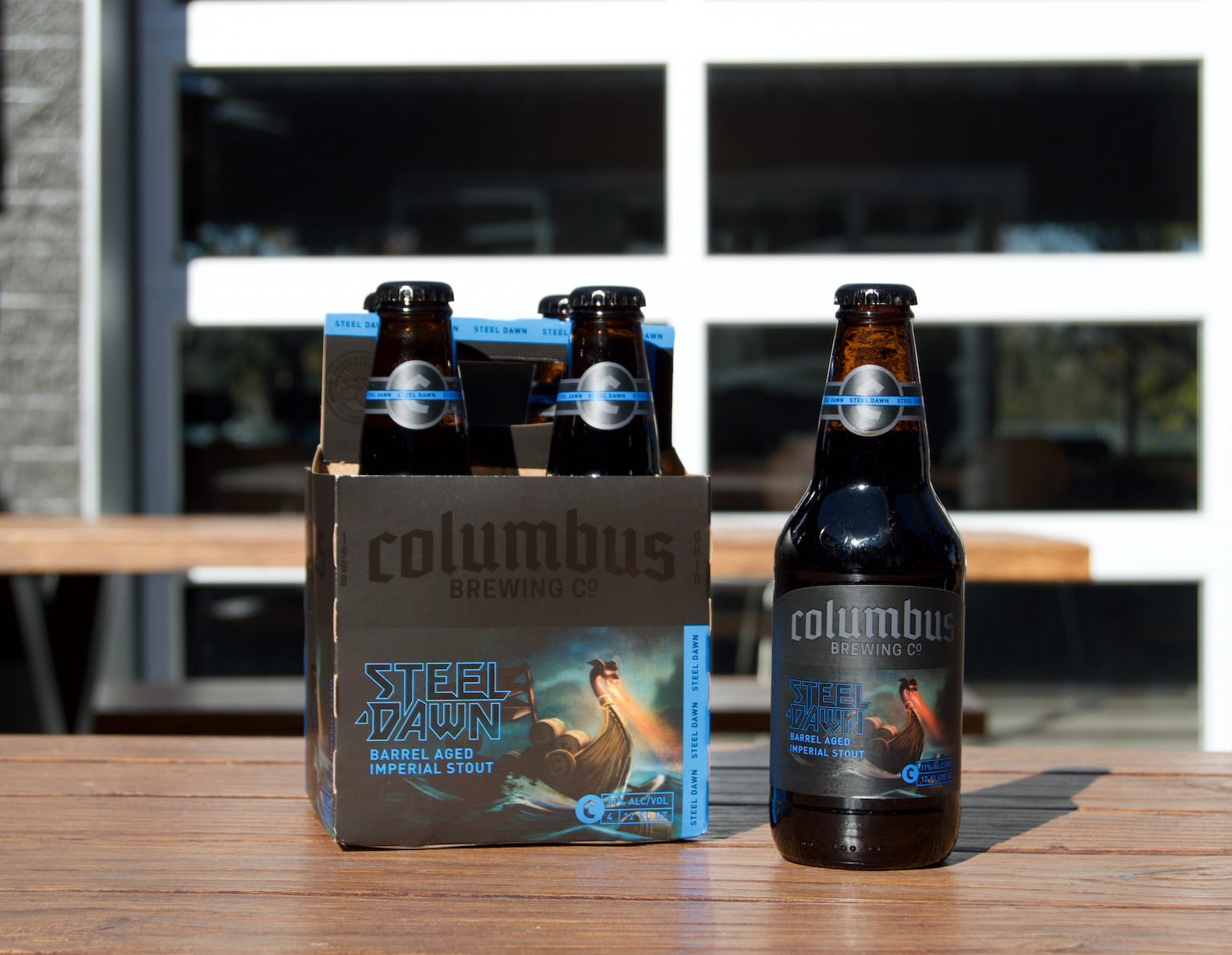 Until last week, Columbus Brewing Company—a craft stalwart in Ohio’s capital city since 1988—had yet to offer a bottled bourbon barrel-aged imperial stout.

But that all changed last Friday.

On Nov. 6, the brewery released a limited number of their 11% ABV imperial stout, Steel Dawn, in specialty 4-packs of 12-ounce bottles. Aged for a year on freshly-dumped Heaven Hill bourbon barrels, this big-bodied beer offers notes of toffee, molasses, vanilla, and chocolate, in addition to an impeccable smoothness.

While Columbus Brewing has remained closed for the majority of the COVID-19 pandemic, their Harrison Rd. taproom on the city’s west side opened for the first time in more than six months in order to host their Steel Dawn release event last Friday, which happened on a first-come, first-served basis.

“We’ve never bottled this beer before, and we were so excited to finally release it to our customers,” said Columbus Brewing marketing director Evan Magliocca. “We’ve been waiting for the right time, we wanted to wait until the weather was right for stouts.”

The release event also allowed brewery patrons to purchase two variants of the beer, a coffee-infused version of Steel Dawn, and another with coconut added. These were available in crowlers only.

Unfortunately for stouts enthusiasts hoping to try Steel Dawn on this release cycle, the event has ended, but the Columbus Brewing team is hoping to release more later in the year through the west-side taproom.

But don’t dismay, Columbus Brewing Company fans, because according to Magliocca, the brewery has a number of barrel-aged beers in the works, and its barrel program includes not only spirit barrel aging, but also a host of sour beers as well. One of these, Crocodile Tongue, is a 6.7% ABV golden sour aged on oak with fresh Ohio peaches.