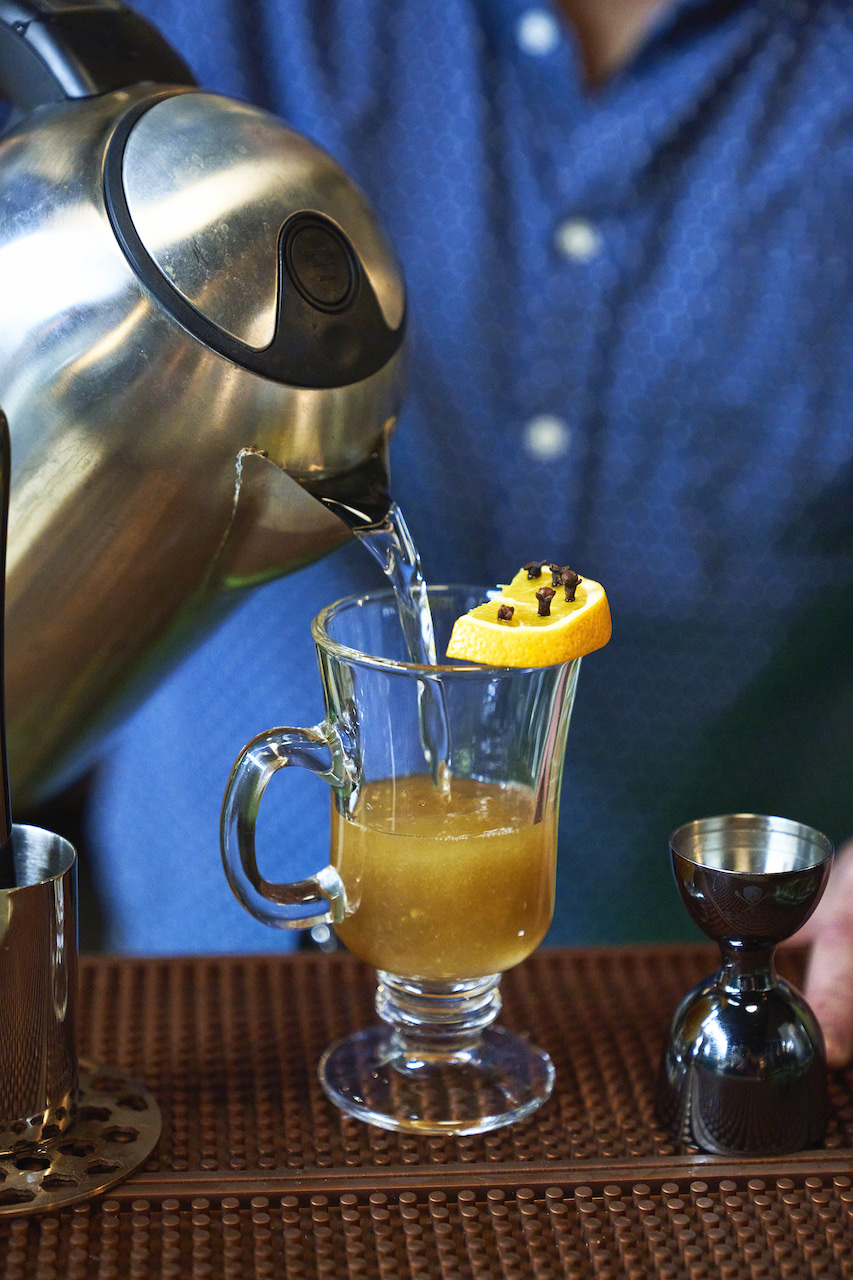 The historical (medicinal?) cocktail is always in style

Winter. ‘Tis the season for feeling a little run down. You want something to warm you up, help you relax, soothe your aches—we’ve got just the thing: the hot toddy.

Wait, does anyone even do those anymore? As it turns out, yes. And it’s something you can make at home when you’re battling that winter chill.

“[A hot toddy]’s always been a thing that’s asked for at bars,” said local mixologist Derek Reno, formerly of The Pearl, Service Bar, and Denmark on High, and currently at the Bar at Echo Spirits. “It can be one of those cocktails that bartenders look at annoyingly, because of the mise en place of pulling it off. But if you have a hot water source that’s readily available, I don’t understand why it’s a big deal. It’s an extremely simple cocktail to make.”

With many bars closed, and nowhere welcoming those with a sniffle, making a killer hot toddy at home might be the trend of the season.

“What do you associate with hot toddies? Being sick,” Reno laughs. “But tons of historical cocktails were prescribed in medicinal ways, through apothecaries or snake oil vendors, whichever way you want to look at it.”

Like many cocktails, the hot toddy is steeped (no pun intended) in legend. Some claim that it originated in India from a drink made with fermented palm sap and traveled to Great Britain during colonization. Others claim that an Irish doctor, Robert Bentley Todd, concocted it as a curative for his patients.

Whether it found its origins in India or the Emerald Isle, the hot toddy  became a popular prescription in the 19th-Century British Isles. Jerry Thomas’s The Bartender’s Guide from 1862 listed the recipe as “a scant amount of sugar, plus a wine glass of brandy, hot water, and nutmeg.”

“Really, just lemon, hot water, and whiskey is enough,” Reno said. And it’s a cocktail even a beginner can make: warm a glass, add the ingredients, top it with hot water, and drink up.

Reno attests to its power, “I’ve felt under the weather and had some spirit, and felt better, at least for the moment. So it’s not like it’s untrue. I’ve gone back and forth on my view of a hot toddy, but it’s real when you need it.”

The first great thing about a hot toddy is that it’s simple. All you need are a cup and basic kitchen utensils. A glass mug with a handle is ideal, due to the way it distributes heat. But no matter what vessel you use, the first step is to warm it: “True hack, you can stick the empty glass in the microwave,” Reno said. “I’m not recommending the microwave for cocktails, ever, but whatever—there are times it works, especially at home.”

Put two ounces (tip: a tablespoon is a half ounce) of spirit into the warmed glass

Add a cinnamon stick or cloves—whatever you want

The drink should be sippable, but not scalding. As you drink, its flavors will slowly blend and transform.

That simple base recipe allows for infinite variations. Substitute different sweeteners or syrups for the honey, other citrus for the lemon, or even other liquids for the water. Reno likes to experiment with oolong or rooibos tea. Customize to your heart’s content.

Whiskey is the preferred spirit of modern times, and brandy is a more traditional pick. Reno recommends a split base of Martell cognac and Irish or rye whiskey. Some people swear by dark rum. But Jeffrey Morganthaler of Portland, one of the stars of the modern cocktail movement, raised the truly important question: “who cares what spirit you use?”

Tequila? Might be worth a shot (okay, pun intended). Vodka? Gin? What’s the worst that can happen? An undrinkable toddy? Perish the thought.

The other great thing about a hot toddy is that you can adjust proportions to taste. Have a sweet tooth or have a scratchy throat, bring on the honey. If congestion is the problem, ante up extra spirits and citrus. Make it into a spice bomb with cinnamon sticks, cloves, and ginger. For those really feeling rough, soften the edge with more water.

And let’s face it: sometimes you can feel, really, really rough. Like, “stagger to the kitchen in your pajamas, sniffling and coughing in misery” rough. In that case, it’s okay if you microwave some water in a coffee mug, add a splash or two of your favorite spirit, dump in a little sugar, and finish it with lemon juice from a squeeze bottle. No one will judge. It still counts as a hot toddy, and it still soothes the body and soul. Let’s raise a toast to that.