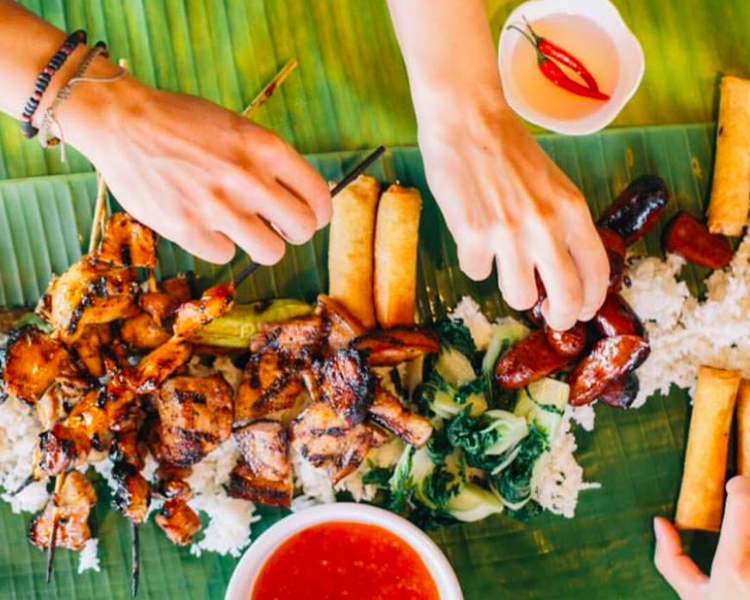 Nocinofest 2020: Watershed Distillery releases a pair of unique spirits right in time for the winter months

Trying new restaurants and supporting different parts of the city all while learning (and tasting) from other cultures is truly a win-win.

Unfortunately all lofty aspirations sometimes fall short. Whether it’s a matter of convenience or comfort in familiarity (the “I’ll take the usual” approach), a matter of not knowing what’s out there, or simply forgetting to venture farther than the end of your street, it’s hard to say. But for whatever reason, many of us find ourselves eating the same things at the same places over and over.

But the Social Justice Team of Bethel International United Methodist Church (a group of 12 church members engaged in city and nationwide issues of racial and cultural equality), has just launched the NW Cbus Eatery Trail to help solve all those culinary dilemmas.

The trail quite literally maps out a list of delicious, highly-regarded northwest Columbus restaurants that showcase a wide range of different cultural cuisine.

“We’re trying to bring awareness to how diverse that northwest corner of Columbus really is,” said Aimee Brown, who noted the trail includes all businesses with minority ownership. “With COVID coming on and the restaurant industry taking a big hit, we thought this was a great way to draw attention to local restaurants.”

The list contains 10 restaurants (although Laura Schnebelen of Bethel International stated the group’s desire to eventually expand this number), spanning the culinary globe from Japan to Africa, and from India to the Caribbean.

One eatery on the trail, Nile Vegan (1479 Worthington St.), offers vegan Ethiopian fare; another, Meshikou Ramen (1506 Bethel Rd.), is a well-rated spot for Columbus Ramen, a perfect dish to battle that fall chill in the air. The NW Cbus Eatery Trail even includes a restaurant that features Southern American food, Hen Quarter (6628 Riverside Dr. in Dublin), where traditional dishes such as fried green tomatoes and gumbo meet tea smoked lamb chops and a fried lobster tail with rosemary and Cajun butter.

If you’re curious about any of the restaurants on the list, the group has curated an in-depth PDF with information on and directions to each of the spots they’ve selected. You can find that here.

Ultimately, the Social Justice Team at Bethel International would like to compile a collection of patrons’ experiences at restaurants along the trail—an interesting dive into how we experience other cultures and their cuisine—and look forward to adding that extra layer of engagement to their project in the future.

“If we had a place on a site with blog posts and comments I think that would be fantastic. It has room to grow into that,” said Schnebelen. “But it’s ok if things start slow because this doesn’t need to happen quickly.  At this point it’ll be kind of an organic growth.”

Participants are encouraged to engage with Bethel International and other Columbus diners taking on the NW Cbus Eatery Trail by using the hashtag #NWEateryTrail in social media posts.